Highlights of the 2020 US elections 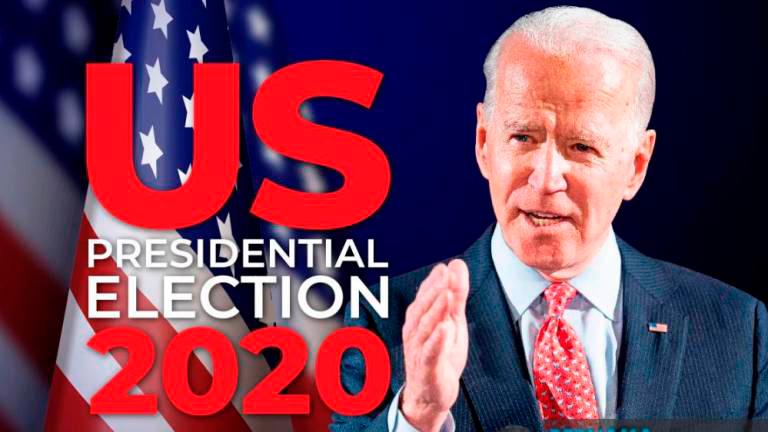 REGARDLESS of President Donald Trump’s refusal to concede the presidential election to Joe Biden (pix), the world knows he lost.

This has been an indisputable fact since at least since Nov 7 when the state of Pennsylvania was called for Biden, giving him more than the number of electors needed to win.

Still, many observers persist in denying some obvious truths. So it is important to note these four things:

Notwithstanding popular claims to the contrary, the presidential election wasn’t very close.

Several election analysts have pointed out that, although Biden’s popular vote total – about 81 million – is much higher than that of any other presidential candidate, Trump’s total is the second-highest ever, at about 74 million.

While this is interesting, it’s irrelevant when considering the issue of a candidate’s margin of victory. That is, the total vote gap between two contenders is secondary in importance to the discrepancy in percentage between the two.

Biden’s margin of victory, when properly viewed, is quite substantial in itself and when viewed historically. And while America’s presidential elections are not decided by raw votes, those votes do indicate the candidates’ respective levels of overall popularity.

As of Dec 2 Biden’s margin of victory stood at 6.9 million votes, he defeated Trump by 4.4 percentage points, 51.3% to 47%. How substantial is this win? Compared with other presidential races, it is about average.

Since the end of World War II (usually regarded as the start of the modern era of American politics), the US has had nineteen presidential elections, and Biden’s popular-win margin by percentage ranks as the eighth highest.

But Trump’s loss must also be measured by his status as an incumbent president. Since 1900, twenty-one incumbents have stood for reelection, and Trump is only the sixth one to lose in the modern era, only four of 12 incumbents have been beaten.

Moreover, Trump failed in both of his bids to receive a plurality, much less a majority, of popular votes cast, as he garnered 46.1% in 2016, one point beneath his percentage this year.

Still, these elections are decided by electoral votes, awarded (in 48 of the 50 states) on a winner-take-all basis. This causes candidates to (understandably) focus only on competitive (or “battleground”) states.

In this year’s contest the battlegrounds were in six states – Wisconsin, Michigan, Pennsylvania, North Carolina, Florida and Arizona. Each of these states was carried by Trump in 2016.

Of the remaining 44 states, Trump held the 23 he carried in 2016 and Biden took the 21 states Trump’s opponent, Hillary Clinton, won that year.

But Biden convincingly won the electoral-vote battle, as he prevailed in four of the six swing states, including all three of the so-called “Blue Wall” states – Wisconsin, Michigan and Pennsylvania – where the race was decided in 2016.

By the time the votes were counted Biden had flipped five Trump-2016 states, while Trump failed to flip any Clinton-2016 states.

Four years ago, Trump defeated Clinton in the electoral college 306-232 and this year Biden defeated incumbent Trump by the exact same margin.

In sum, then, Biden went against a sitting president and defeated him by about seven million popular votes and 74 electoral votes, crushed him in the Blue Wall, beat him in four out of six battleground states, and won an additional Trump-2016 state (Georgia) to boot. This was not a close election.

The pollsters didn’t do such a terrible job in their forecasts.

The major polling agencies have again taken a beating in the press for their election forecasting, but as in 2016 when pollsters missed the national popular vote by only 1% they performed reasonably well.

Most of the major national polls had Biden winning the popular vote by about eight points, about 3.6 points more than the actual total.

So even though leading pollsters correctly predicted the winner, they were off by a fair amount. But in the electoral count, which matters far more, their findings were pretty good.

Indeed, the polls called none of the swing states incorrectly. They had Biden winning the three “Blue Wall” states, which he did, and had the other battlegrounds – Arizona, Florida and North Carolina – within the statistical margin of error (in other words, tied).

They correctly predicted a comfortable popular and electoral win for Biden while overstating Democrats’ support in congressional races, where they lost 11 or 12 seats in the House of Representatives and picked up between one and three Senate seats (this number will be decided when Georgia hosts two run-off elections on Jan 5).

The difference between Trump’s national vote and that of Republicans clearly reflects a rejection of Trump.

While many pundits have slammed the Democrats’ national showing because Biden did not win by double digits and his party lost seats in Congress, they are overlooking some simple facts.

First, as noted earlier it is very difficult for a challenger to defeat an incumbent president. But Biden nevertheless beat Trump substantially, both in popular and electoral votes.

Second, it is not unusual for the party winning the White House to lose congressional seats. For example, in 2000 Republican George W. Bush won the presidency, but his party lost two seats in the House and the exact same thing happened when his father won the White House twelve years earlier.

Still, the GOP did better than expected in congressional contests, while Trump lost by a large popular vote.

What does this indicate? While Trump and his supporters argue that Trump carried down-ballot Republicans to victory, this seems illogical. That is, why would the candidate who is carrying others to victory lose his own race?

The more plausible explanation is that voters were rejecting Trump while showing distrust for both parties and consequently voted for divided government. (It is also important to point out that, while GOP House gains were impressive, Democrats won the national congressional vote by 6.8 percentage points.)

A Trump run in 2024 would not be a first, except in the modern political era.

While refusing to concede defeat, Trump has floated the idea of running again in 2024, and some have suggested that he might make a ceremonial announcement of his candidacy on Jan 20, during the Biden inauguration.

An individual may serve a maximum of two presidential terms, whether those be consecutive or non-consecutive. Grover Cleveland is the only president to serve two non-consecutive terms, winning the White House in 1884, losing in 1888, and winning again in 1892.

It is conceivable, but unlikely, that Trump could match Cleveland’s feat for a simple reason. Cleveland was a popular president, in all three elections where he competed he won a plurality of the popular vote.

In his two runs, Trump decisively lost the popular vote. Furthermore, during his presidency Trump has not once had a majority approval rating.

Trump-related news will change dramatically when Trump concedes or Biden is sworn in, whichever comes first.

And once the charade involving the election outcome is over, attention by the news media will immediately turn to Trump’s criminal and civil problems, which are numerous.

The writer is a professor at HELP University. Comments: letters@thesundaily.com