IRC Report – why the secrecy? 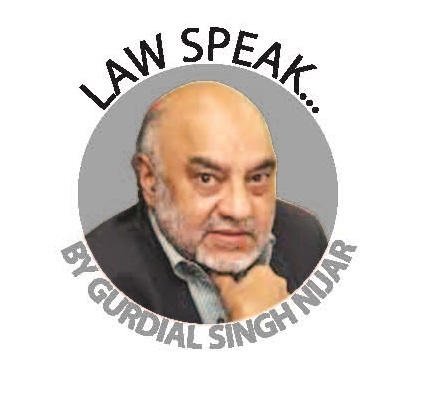 A CRUCIAL expectation of people in voting out the old and ushering in a new government was the promise of participatory politics. Where the voices of the rakyat will be heard and responded to; with accountability of those in power; the abolishment of all arbitrary laws; and the removal of those who had compromised the public trust.

The IRC sat through endless hours listening to countless voices: from the professional to ordinary persons clustered in groups. It produced, so says the grapevine, a comprehensive report of moving the nation forward in ways considered anathema in the past.

What should have followed was an active debate of the report and ultimate feedback from all and sundry. And the implementation of those recommendations considered doable. On a scale and time-span: immediate, mid-term and long term.

But the IRC report has yet to be released, thwarting a public discussion.

The reason given by no less than the prime minister himself at a recent forum in response to a question from the floor by past Bersih chairperson, Ambiga Sreenevasan (which question received a thunderous audience response) was that there were parties within the ruling coalition that objected to its release.

Who are these parties? What is their reason for this stance? What do they make of their manifesto promise of an inclusive governance system and institutional reforms to implement just that?

The manifesto promised openness in government. That institutions will be established or strengthened to ensure that future governments will have no space to abuse its powers. And the public will be able to contribute to the making of policy; and the actions of government are properly scrutinised and evaluated and decision-makers held accountable. This makes essential disclosure of the report.

Significantly, the PH manifesto promised to revise the Official Secrets Act; and enact a Freedom of Information Act. Promise of a new ethos of governance.

As Lord Bingham head of the UK judiciary remarked in a 2003 court decision (R v Shayler):

“Modern democratic government means government of the people by the people for the people. But there can be no government by the people if they are ignorant of the issues to be resolved, the arguments for and against different solutions and the facts underlying those arguments. The business of government is not an activity about which only those professionally engaged are entitled to receive information and express opinions. It is, or should be, a participatory process. But there can be no assurance that government is carried out for the people unless the facts are made known, the issues publicly ventilated. Sometimes, inevitably, those involved in the conduct of government, as in any other walk of life, are guilty of error, incompetence, misbehaviour, dereliction of duty, even dishonesty and malpractice. Those concerned may very strongly wish that the facts relating to such matters are not made public. Publicity may reflect discredit on them or their predecessors. It may embarrass the authorities. It may impede the process of administration. Experience however shows, in this country and elsewhere, that publicity is a powerful disinfectant. Where abuses are exposed, they can be remedied. Even where abuses have already been remedied, the public may be entitled to know that they occurred.”

Secrecy begets arbitrariness and misgovernment. It deprives the electorate of information about the processes of government. As the past reveals: an AG dismissed, investigative committees and other institutions scuttled or undermined. So, processes “where they are bad remain bad and get worse in the dark”.

When the 1980s scandal surrounding the massive losses of Bank Bumiputra Finance in Hong Kong emerged, the Inquiry Committee Report was not made public, raising allegations of whitewash and complicity. Given that Bank Bumi is government-owned and monitored by the Ministry of Finance and Bank Negara. It took massive public reaction and even a court action before the report was finally released.

Of course for cogent reasons (national security and the like) specific parts can be redacted.

The electorate is now savvy and reacts unkindly to what it perceives as cover-ups or broken or delayed promises. Secrecy fans these perceptions. The Blair government’s concealment of proper information on weapons of mass destruction led to Britain’s participation in the Iraq war. For which several young British soldiers paid dearly with their lives.

So a timely reminder. “The liberties of a people never were, nor ever will be, secure, when the transactions of their rulers may be concealed from them”: Patrick Henry, renowned American colonial revolutionary.