Light at the end of the political tunnel 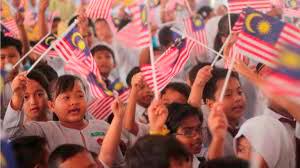 IN an earlier take I had proposed a national unity government as an interim political solution to the crisis that Malaysia is currently facing.

I was optimistic that a majority of our public – if polled on the subject – would be in favour of a unity government and the political stability which it can bring.

The reality is that further political infighting continuing into the next general election will provide fertile ground for the spiralling of the country’s politics, economy and society into a disaster zone.

I had also noted that the challenge to put together a national unity government will require a level of statesmanship missing in the past but that this is not beyond our leaders if they have the nation’s interest at heart.

We can learn from other countries with unity governments on how to transit into and benefit from this temporary political solution as well as rely on the guidance from our own constitutional experts and stakeholders on the considerations that are necessary to ensure legitimacy and effectiveness.

To date, despite their incessant and intense politicking, no one among our topmost political leaders has rejected outright the possibility of establishing an inclusive and crisis-management-focused unity government.

They should be encouraged to put aside their individual quest for power and to redouble the efforts to cut through the Gordian knot of partisan politics.

However, an interim unity government can only provide a temporary solution to the crisis of our national politics dominated since Merdeka by the rise of ethno-religious politics and communal political parties.

Rising above racial and religious politics

It is this ultimately fatal flaw in the political system which needs to be addressed if the country’s communities are not to be splintered even more badly than today.

I had earlier written:

(Our leaders) should be encouraged in this (unity government) endeavour and be reminded of the inspirational quote that “opportunity lies in every crisis”.

If they succeed in doing so, they will also have the opportunity to bring about a reboot of a decaying political system which has been shackled by the rise of ethno-religious politics.

That reboot may very well also usher in a period of better governance, accountability and transparency to bolster national resilience.

Can the current political crisis provide the opportunity to reboot our political system?

Ronnie Liu Tian Khiew of the DAP has suggested the following option for his party’s future development:

There’s one sure way of removing such (racial political) ammunition from racists ... But it calls for huge sacrifices on the part of party founders and leaders of DAP and other PH components.

I mean, we could dissolve all three parties at one go ie DAP, Amanah and PKR to dissolve and form a single multiracial party, with a pluralistic and all-Malaysian outlook.

That way, all historical baggages and negative images and perceptions will come to an end overnight. All gone in the wind as the new single party will have a new name and a new logo. No more Rocket, Blue Eye and Triangle.

But of course, this can only happen with the approvals of all party leaders and members. And it certainly calls for huge sacrifices of the founders and leaders of these parties in order to make it happen.

It sounds like it’s very difficult or almost impossible to execute. But nothing is impossible in politics. Right?

Is it still too early for non-communal political parties

Abdul Wahab even introduced a motion in the Perak State Legislative Assembly to ban communal political parties from participating in municipal and town council elections in the state. (my article A Giant of Political Integrity, March 1, 2020 refers).

They and others failed. Perhaps they were too far ahead of their time in advocating the establishment of non-communal political parties.

Naysayers and pessimists today will point to a myriad of reasons why the present dominance of communal parties in Malaysia will continue for the medium and even long term.

However, the counter to this narrative has already taken root and can only grow.

From East Malaysia, Datuk Seri Shafie Apdal’s call – “We Are Here To Build A Nation, Not A Particular Race Or Religion” – has resonated and fired the imagination of the younger generation of Malaysians looking for a new beginning.

Old and new social movements such as Aliran, Gabungan Bertindak Malaysia and Malaysian Action for Justice and Unity are rejecting conventional race-based politics to change the country’s social and political landscape.