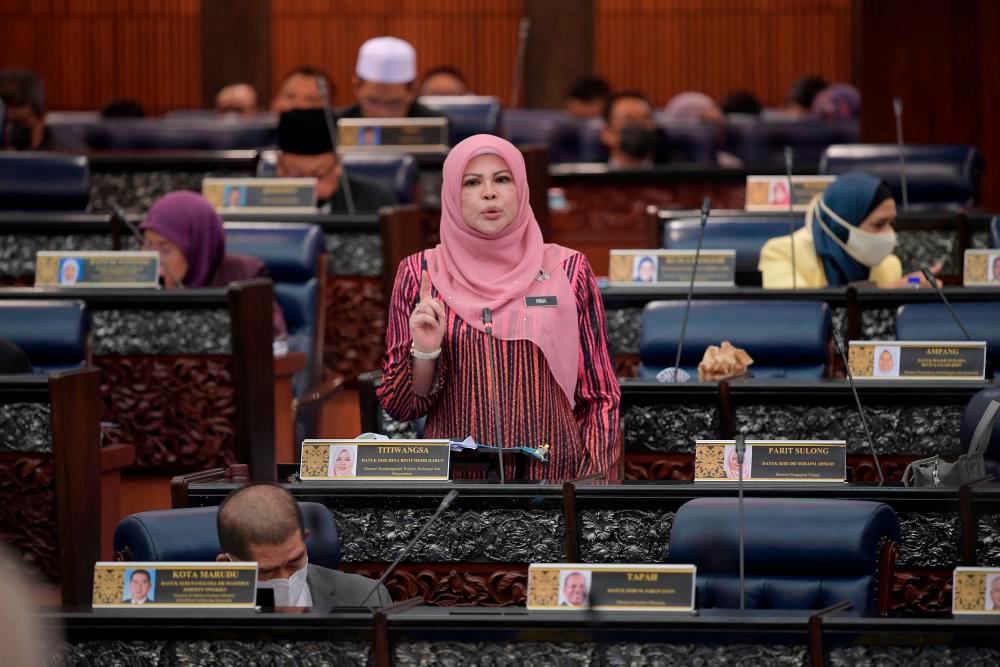 RECENTLY, the House of Representatives (Dewan Rakyat) passed the Sexual Harassment Bill 2021. The Bill was passed after debates involving 26 members of Parliament (MP).

The Bill is important and timely in putting an end to the normalisation of sexual harassment in Malaysia. According to Women, Family and Community Development Minister Datuk Seri Rina Mohd Harun (pix), this is the first step for us to provide protection for victims against sexual harassment.

She went on to thank the women’s rights groups, federal and state agencies, and MP for their involvement in drafting the Bill. She added that the ministry will be organising a nationwide tour to educate the public on sexual harassment.

Having a specific law to address the issue of sexual harassment in the country is a positive step, and will show the world that Malaysia is serious in combating the issue.

If we focus solely on sexual harassment without addressing the other types of harassment, it can hamper efforts to prevent the former and deny victims from seeking a suitable remedy. As such, the Sexual Harassment Bill should be complete and comprehensive.

It is important to realise that harassment covers a wide range of behaviours and statements that can be offensive in nature. Harassment is commonly understood as any act that intends to demean, abuse, hurt, insult, torment, humiliate or embarrass an individual.

In the legal sense, these are behaviours that may appear to be disturbing, upsetting or even threatening to a victim. Harassment evolves from discriminatory grounds, and has an effect of denying a person of his rights.

There is also physical harassment, which can be in the form of violence, to both the person or his property. It can also include a threatening behaviour.

Personal harassment is an act of bullying, whereby the victim may be subjected to unwanted remarks, insults and offensive or derogatory statements. This type of harassment can also include body shaming and stalking. Being constantly put down with condescending statements can be considered personal harassment or bullying.

Harassment can be psychological in nature, and can have a negative impact on the victim. Belittling or passing negative remarks on a professional as well as personal level can amount to harassment.

The emergence of the digital age has bred cyberbullying. It is a form of harassment done online, where the harasser makes threatening statements or spreads rumours about the victim on social media platforms.

In conclusion, we need a complete and comprehensive law that covers all types of harassment. As such, the Sexual Harassment Bill needs to be revisited and reassessed to prevent harassment effectively.

We cannot deny that sexual harassment and the other types of harassment are interconnected, and, hence, should be dealt with collectively and given similar attention i.e. under one law, for example, an Anti-Harassment Law.

It is not too late to extend the current Sexual Harassment Bill to include other types of harassment. A special committee can be set up to analyse the subject in greater detail. A comparative study with other countries, like New Zealand and the United Kingdom, can also be done to evaluate its efficacy.