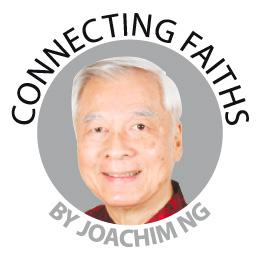 The Covid-19 pandemic is a test from God and only God can destroy this virus, a local preacher, who is also a politician, asserted in a Facebook post early this month.

The same leader has also frequently advised voters to always pick candidates of their own religion, even if these candidates are bad.

Three fallacies contained in such assertions may have the consequence of seriously undermining needed reforms to ward off deadly pathogens.

First: if God is responsible for a disease that has now killed four million people worldwide, this can’t be a real God. Would any CEO set a test that kills 40 employees, or even four?

Second: if only God can destroy this virus, it takes the responsibility away from human beings.

Third: if key positions in any country are held by people chosen not on grounds of competence in governance but on grounds of religion, that country will go downhill.

The assumption in the minds of preachers is that God has unleashed Covid-19 with a deadly purpose and will destroy the virus when its purpose is served. It’s a cop-out guaranteed to make the situation worse for our future.

To set the facts straight, this virus has emerged from wildlife because most of the planet’s wild lands are gone – destroyed by human settlements, commercial-scale agriculture, and heavy industrialisation.

That the virus has spread like wild fire is also the result of human failure.

In our own country, we have mostly ignored the standard rule of proper distancing in all places for all individuals except married couples and parents with their own small children.

Why should God destroy the virus when humanity is the guilty one? The responsibility falls entirely on human beings to contain the spread of this virus through diligent healthcare, and to prevent new viruses emerging by conserving all remaining wild lands.

But there is a more fundamental question: Does God play politics? “I really do believe we have God on our side,” Donald Trump announced to a massive crowd of religious believers at his first election campaign rally in January 2020.

Brazil’s President Jair Bolsonaro, who is accused of having delayed urgent measures to fight the virus, has claimed that “only God” can remove him from office.

“I am appointed by God” to lead Samoa, declares its Prime Minister Tuilaepa Sailele Malielegaoi in response to demands two months ago that he step down.

Across a wide swath of democratic nations, politicians are casting themselves as spokesmen for God who has appointed them to rule.

To reinforce their divine connections, political parties are moving in a time machine back to a feudal era when rulers got their appointment from God by voice acclaim through the chief preacher who would of course become the ruler’s powerful adviser. In many cases, the chief preacher himself aspired to be ruler.

In today’s democracies, we also have preacher politicians who aspire for the top job or at least to be the top man’s confidante.

To secure the votes, threats are issued that voting for a rival makes you an enemy of the religion and punishment is certain in the hereafter.

It is simply amazing why democratic nations permit threats that subvert the nation itself.

But just as feudal nations collapsed, all modern democratic nations that go down this path will crash.

When you conscript God to your side in a battle for votes, you have to stake a monopolistic claim: that your party or your religion has a monopoly over the ways of salvation. You cut off diversity.

In reality, you have severed your lifeline to God because God is universalist whereas you have turned monopolist.

Try this test of monopoly versus diversity: find a bare garden and plant just one type of seed.

Thirty days later, you will see a wide diversity of plants in your garden. Nature ignores your desire for monopolistic dominance and drops a variety of seeds on the ground.

Malaysians never see the danger of monopoly, and thus allow monopolistic trends to become dominant in religion and politics.

We have already lost more than 6,500 lives to Covid-19 because a monopolistic political structure doesn’t pull all the best brains together. It just pulls some brains together.

Monopolistic control of government decisions without inputs from adequate sources representing the whole spectrum of society is a recipe for national collapse when a severe threat arises – such as Covid-19 – that is beyond the ability of a few to handle.

The imposition of a 14-day full movement control order from June 1 after national daily cases had soared beyond 5,000 was the first tragic error.

If the government had tapped the brains of viral math experts, it would have been told that at 5,000 cases a full lockdown of 60 to 90 days is necessary to bring the number down to 2,500. A full lockdown for 60-90 days will destroy the national economy.

The full lockdown should have been imposed when daily cases hit 1,000. The viral math tells you that you can half this number in 14 days if you close all sectors of the economy with only the utility companies, medical care facilities, certified SOP-compliant food outlets, and certified SOP-compliant maintenance/emergency repair crews operating.

All other businesses including the so-called essential sector factories must take a 14-day break.

Should another lockdown become necessary in the future, it must be imposed when national daily cases hit 1,000.

Don’t wait for the rats to take over your city before calling in pest control.

Of fundamental importance is that we must end the monopoly game in decision-making and move towards acceptance of a wide diversity of inputs from expert sources. Nature does not tolerate monopoly, and neither should we.