Johoreans would appear to be also more concerned about the perut economy such as cost of living expenses, employment and income than which coalition is considered the best or most trustworthy to form the next state government 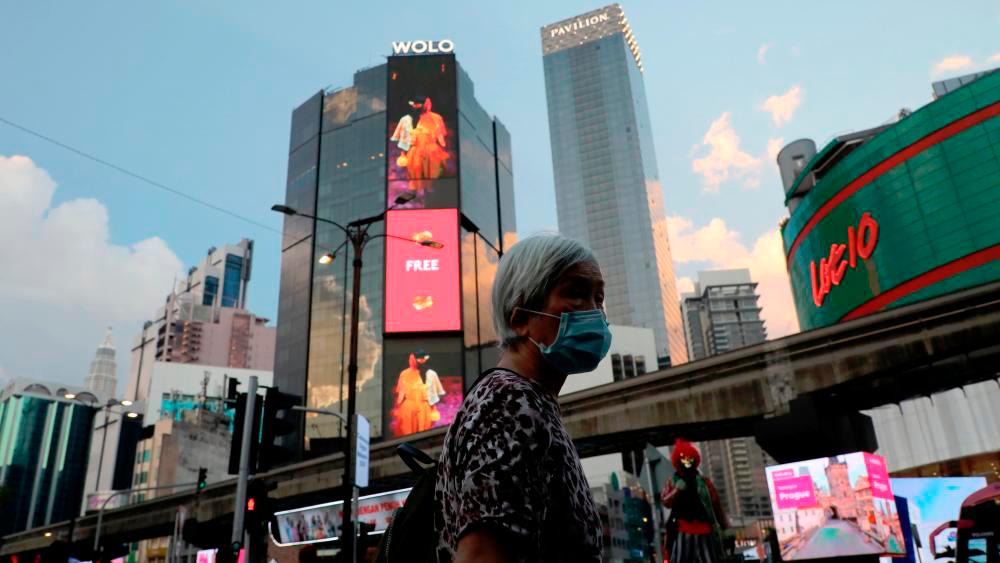 Pix for representational purpose only. REUTERSPIX

WHILE Malaysians greeted the new year with optimism in anticipation of greater freedom of movement towards full reopening and normalisation that is underpinned by eventual endemicity, rising Covid-19 cases after the Chinese New Year season has reignited a sense of economic uncertainty, instead.

This is especially acute among small business owners and the low-income groups.

The upcoming Johor state election has brought the so-called perut economy (bread-and-butter issues) to the fore, with concerns revolving around the reopening that are particularly critical among Johoreans, who depend heavily on Singapore in stimulating the state’s economy.

Even with no clear end to the pandemic in sight, the rising cost of living, disproportionate housing prices relative to income, stagnant wages and highly leveraged finances remain some of the main perut economy components that worry Malaysians.

This has been clearly reflected in past EMIR Research quarterly polls that have identified these perut economy issues since the launching of the inaugural National Worry Index (NWI) in November 2019, the period when Pakatan Harapan (PH) was still in power during the pre-pandemic period.

The term perut economy was coined by EMIR Research president and CEO Datuk Dr Rais Hussin to illustrate the issues that are the main source of the rakyat’s worry, which are as follows:

-> Unemployment (and under-employment), especially among youths (together with the personal debts incurred in order to survive the hardships of life); and

However, the change of federal administration from Barisan Nasional (BN) to PH after nearly two years did not result in sustained confidence among the rakyat in the aftermath of the euphoric victory that saw the overthrow of the “old order” that had been in power for 60 years.

Out of the 1,992 respondents across Malaysia, 30% disagreed with the statement that the PH government was viable, with 46% being unsure of the performance. Only 24% said the coalition was viable.

About 86% were worried about the cost of basic needs and unaffordable homes.

This was followed by lack of job opportunities (77%), youth employment (76%) and being in debt to sustain the cost of living (76%).

The announcement of the results from EMIR Research’s inaugural NWI were immediately followed by the resounding defeat of PH in Tanjung Piai on Nov 16, 2019, that saw its share of votes across the ethnic communities collapsed.

At the same time, the Department of Statistics Malaysia stated that the Consumer Price Index (CPI) in November 2019 had increased by 0.9% compared with November 2018.

The increase in the CPI was due to the index of miscellaneous goods and services (2.5%); housing, water, electricity, gas and other fuels (1.7%); education (1.6%); food and non-alcoholic beverages (1.5%); communication (1.5%) and furnishings, household equipment and routine household maintenance (1.5%).

The continuing uncertainty and pessimism of many Malaysians over the direction of the nation, economy and cost of living, that spilled over into 2020, coincided with the collapse of the PH government at the end of February of that year.

Tan Sri Muhyiddin Yassin was then sworn in as the eighth prime minister of Malaysia on March 1, 2020, and led the Perikatan Nasional (PN) administration for only 18 months.

Notwithstanding, Muhyiddin performed reasonably well during the first few months.

He managed to lower Covid-19 cases by imposing strict lockdown measures (starting with the first movement control order (MCO 1.0)) from March to May.

And with the balance struck between lives and livelihoods – in the reopening of the economy and the introduction of numerous stimulus packages – EMIR Research’s third quarter of 2020 (3Q’20) poll showed that 65% out of 2,096 respondents were satisfied with the then prime minister’s performance.

However, the situation did not last long. The reopening of inter-state travels and relaxation of social gathering measures in November 2020 had eventually led to a spike of Covid-19 cases once again.

With the imposition of MCO 2.0 from January until March 2021, EMIR Research’s 4Q’2020 poll revealed in February 2021 that 50% were unsure over the direction of the nation; 20% felt the current trajectory of the PN government was wrong and only 30% were of the opinion that Malaysia was going in the right direction.

The survey also stated that 81% out of 1,976 respondents across Malaysia were worried about losing their jobs due to Covid-19.

It was found that 79% of them were concerned about the threat of Covid-19 transmission in the community due to the entrenched presence of illegal or undocumented migrant workers.

Although the National Covid-19 Immunisation Programme that started on Feb 24, 2021, provided light at the end of the tunnel, the continuous four-digit daily infection figures from April until May 2021 left the government with no option other than to impose the third MCO (MCO 3.0) effective from May 12, 2021.

The third MCO, that lasted for more than four months, eventually led to the collapse of the PN administration.

Although both the Muhyiddin and Ismail Sabri administrations provided several stimulus packages to ease the financial burden of the rakyat, many ordinary Malaysians were still struggling to cope with the rising cost of living.

As such, the hardcore poor and B40 households would feel even more economically and financially squeezed as rising inflation eats into their disposable incomes (or what is left of it).

They require more spending to purchase essential items and even self-test kits due to rising Covid-19 cases during recent weeks.

With the new minimum wage set to be introduced in accordance with the National Wages Consultative Council Act (2011), albeit yet to be finalised and approved by the Cabinet when current conditions of persistent inflationary pressure emanating from supply side disruptions have yet to subside on a sustainable and steady basis, small and medium-sized enterprises would feel increased cost pressures.

While the minimum wage is necessary and the right policy move to help ensure that the lower-income groups have earnings that increasingly approximates the “living wage”, the timing could not have been worse.

Another economic uncertainty in the cost of doing business is the prospect of Bank Negara raising the Overnight Policy Rate in the second half of the year.

Counterpart central banks across major economies are now under intense pressure to do something to combat rising inflation that is expected to persist over a longer term or period than hitherto expected.

As it is, based on experience and empirical findings, the price of a good is dependent on the cost whereas the quantity is determined by the market forces of supply and demand as propounded by eminent Keynesian economist, Nicholas Kaldor in his book Economics without Equilibrium.

This means that inflation can be said to be preeminently a “pricing” problem understood as “stylised fact”, i.e, simplified presentation of an empirical finding though not necessarily always the case or universally so.

To be more precise, inflation is a structural issue which necessitates an institutional response (rather than a “market-clearing” mechanism that is supported by monetary policy in the form of the interest rate as the primary actor or uncoordinated with fiscal policy).

Practically speaking, we know that inflation always ends up eroding purchasing power and increasing the cost of living.

It is one of the factors that aggravates the worry and anxiety of ordinary Malaysians as they grapple with indebtedness, stagnant and poor salaries/wages, economic uncertainty and not least the scarring and “multiplier” effects of Covid-19.

Now with the looming Johor state election, it could be argued that like many Sabahans, Malaccans and Sarawakians who have voted in the recent state elections respectively, Johoreans would appear to be also more concerned about the perut economy such as cost of living expenses, employment and income than which coalition is considered the best or most trustworthy to form the next state government.