“Those responsible must be taken to task and not simply be relieved of duty as the implications can be as serious as third-degree murder.” 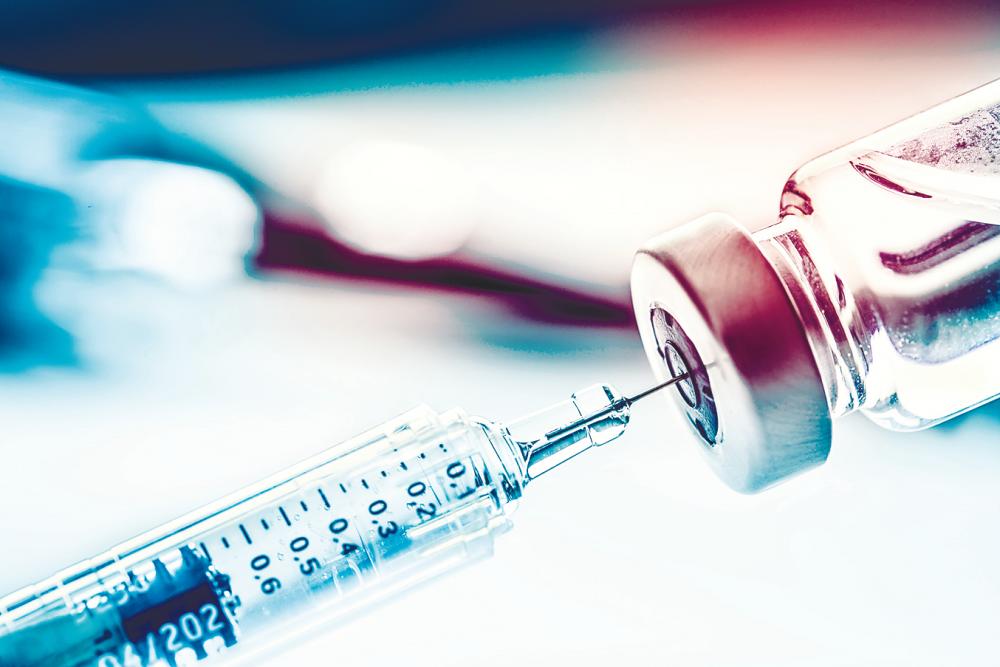 Vaccination protocols should be standardised.

THE authorities need to get to the bottom of the “blank or partial injection” issues during vaccination that surfaced recently. Is this part of a bigger scandal to sell vaccines in the black market or simply isolated cases of personal malpractice or human errors due to work fatigue? Or perhaps these vaccine administrators were simply saving the jabs for their friends and families?

In mid-June this year, the Covid-19 Immunisation Task Force (CITF) lodged a police report regarding the alleged sale of vaccines, prompting the setting up of an integrity and investigations committee consisting of CITF, the police, the Malaysian Anti-Corruption Commission and the Malaysian Communications and Multimedia Commission to probe the issue further.

On June 23, it was reported that the police arrested three people in Putrajaya and Brickfields for alleged involvement in the selling of Covid-19 vaccines. By the end of June, National Covid-19 Immunisation Programme Coordinating Minister Khairy Jamaluddin mentioned that two arrests were made related to the manipulation of vaccine appointments, which was possible due to a loophole in a “backup list” system.

The backup list was meant to ensure no wastage of vaccines at the end of the day of a particular vaccine centre. Though it has been reported that a “two-factor authentication system” has been implemented to patch the loophole, this does not appear to have stopped illegal sale of vaccines.

Last Friday, a source from the Health Ministry revealed to a newspaper that there were individuals selling Covid-19 vaccines with prices ranging from a hefty RM200 to an astounding RM800 per dose. Not only that, the source claimed that this happened in vaccination centres (PPV), and not only on black market.

Could these people be in cahoots with health workers allegedly doing the blank/partial injections at PPV as part of a bigger vaccine “cartel”? Or is the alleged malpractice at PPV simply a change of modus operandi, given the recent shutdown of the backup list system’s exploitation?

Former Sabah deputy chief minister Datuk Christina Liew reportedly called for a law to make such acts a crime. Her suggestion is serious and is a stark contrast to Selangor Health Department director Datuk Dr Sha’ari Ngadiman’s statement that such acts are “quite impossible” because “various checks are in place as part of best practices” and that “vaccinators must be from a pool of qualified and trained personnel”.

That is like saying crimes are quite impossible to happen because we have laws and well-trained law enforcement officers. Stating that empty syringe vaccine recipients will get new shots – as reportedly mentioned by Health Minister Datuk Sri Dr Adham Baba – is not useful either.

It is an obvious thing that needs to happen. It appears the issue has been underestimated and downplayed. People want to know why and how such incidents occurred and what are the steps to mitigate them.

Coming up with a law makes sense but may take some time. The immediate action is to seal any procedural loopholes and ensure (verify) proper training has been given to workers. Even in the absence of sinister intentions, health workers may still make errors such as during the careful dilution process of the vaccines (inverting instead of shaking) and improper aseptic techniques.

It is not sufficient to leave it at the hands of healthcare organisations managing the PPV and simply trusting that they use qualified and well-trained staff or come up with their own backup list. These needs be monitored and enforced by CITF, which should, in turn, be continually monitored by the integrity and investigations committee.

While the authorities are dealing with this, what else can be done?

Firstly, the people need standardised protocols during vaccination. These can be electronically sent to MySejahtera app and provided as a pamphlet when entering the vaccination centre. The people must be made aware of the specific information on each vaccine type so that people know what to look out for.

The vial must be shown clearly to vaccine recipients, but most people have never even looked at a vaccine vial. So, the official protocol must clearly state (with pictured diagrams) the specific things that should be shown on the vial.

As for physical appearance, the public needs to know how it should normally look like. For example, according to official documents on the clinical guidelines on Covid-19 vaccination in Malaysia, the appearance of Pfizer vaccines is supposed to be white to off-white frozen dispersion that can be seen through a multi-dose clear glass vial. Still, the people need to know how a properly-thawed and diluted solution would appear too.

The correct type of syringe and correct way of reading a syringe volume should be part of the information provided in MySejahtera and on-site handouts. This is to ensure the people can see that the right volume has been used.

For example, each Pfizer (Comirnaty) vial should be able to make six syringes filled up to 0.3ml. During vaccination, it is advisable to look at the needle (instead of looking away) to ensure it has penetrated correctly (pamphlet should show the proper intramuscular injection technique), and that the syringed was pressed to empty it completely.

If the person cannot see the penetration taking place, he or she should immediately request (or be shown) that the needle has been emptied. The point is that the more people are aware of what to look for, the less room is there to cheat.

Ideally, each vial should have been tagged with a QR code linked by blockchain by the manufacturer, and not just a part of a certain lot number. Once the authorities have released a vaccine lot, the manufacturer should release the list of QR codes into the MySejahtera database i.e. the valid codes of vaccines that should be out in the market, which the vaccine recipient can verify using the MySejahtera app.

Dr Sha’ari reportedly said there should be at least two personnel at each station to observe the vaccine administration. How would the authorities know if this is happening? Even if that is the case, this so-called “witness” may not be a neutral party. He or she is likely a staff of the healthcare organisation of the PPV and could be part of the “system”.

Therefore, while we wait for laws and better electronic tracking systems as envisioned, the most effective way in the immediate term is self-monitoring. In this case, transparency is a powerful tool. For example, vaccine recipients should be allowed to take a video of the process.

The Deputy Minister of Science, Technology and Innovation, Datuk Ahmad Amzad Hashim, reportedly mentioned before that the act of taking videos and photos by vaccine recipients could not be allowed due to fears that it would disrupt the vaccination process.

A person takes mere seconds to start recording, and handling a mobile device can be done one-handed. The vaccine giver is not involved in any way. Fortunately, Khairy has given the green light for people to film themselves, as reported in a press conference last Friday.

The authorities need to show that it is serious in fighting this and not brush it off. Those responsible must be taken to task and not simply be relieved of duty. The implications can be as serious as third-degree murder. One seemingly unaware victim may not only be risking his life but also be risking the spread of the virus elsewhere.

Antibody tests are available in the market and are the only way for anyone to know their immunity status. The same can be used by those who fear they may have been given a blank/partial injection.

Ameen Kamal is the Head of Science & Technology at EMIR Research, an independent think tank focused on strategic policy recommendations based on rigorous research. Comments: letters@thesundaily.com