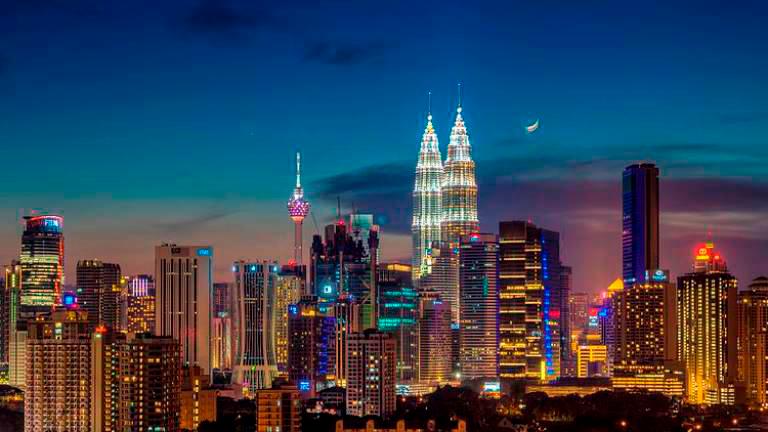 THE Malaysian Anti-Corruption Commission (MACC) turned 54 recently after undergoing a few name changes along the way.

For any government entity, over half a century of existence is long enough by any standard to attain a level of maturity. And much can be noted in terms of achieving the objective of its existence.

But can this be said of the MACC? If there is an opinion poll on this matter, it is not far-fetched to assume that a consensus exists among Malaysians at large that the war against corruption is like going through a long tunnel without any light at the end of it.

Some 54 years later, are we or is Malaysia any nearer to breaking the backbone or to use the Covid-19 buzzword, to flatten the curve on corruption? We all agree that the answer to this question is a big NO.

In fact, no one can deny that corruption has gone from bad to worse, not only in terms of the number of cases reported but the corrupt money that changed hands between the giver and taker involved astronomical sums running into hundreds of millions.

It is coffee shop talk now that besides being hit by the Covid-19 pandemic like the rest of the world, we are also having a corruption pandemic at a level never seen before.

Why has the nation come to such an alarming level as far as corruption is concerned? The key reason in the opinion of anti-corruption activists on why it is almost impossible to contain or reduce graft in our society is that far too much financial allocations are dished out by the government for all sorts of projects, procurements and grants involving unprecedentedly high value of transactions passing from one hand to another. This is the source that creates space and opportunities, or breeding grounds, for corruption.

In the old days of the nation’s institutionalised fight against corruption, when the MACC was then known as the Ant-Corruption Agency, the value of such corruption was peanuts compared to now where it is common to see such allocations reaching billions of ringgit.

Although check and balance mechanisms do exist, but more often than not they only appear on paper and not even worth the value of the paper they are printed on when human greed to enrich themselves by corrupt means overrides other considerations. And this is done through abuse of power in exchange for cash, which triggers the “Cash is King” phenomenon.

How else can we explain that every year, financial mismanagement via non-compliance by Federal ministries and departments resulted in losses amounting to hundreds of millions. And such wastages and pilferages keep on happening without any effort to overhaul the financial management system or even rock the civil service boat.

How much longer can the country endure such losses, and other losses through mismanagement and corrupt practice as regularly exposed?

Just last month, Auditor-General Datuk Nik Azman Nik Abdul Majid exposed that auditing done by his department for 2020 discovered losses of public funds amounting to RM620 million. With such losses alone, if they could be prevented in the first place, we could have provided decent houses to most of the homeless Malaysians who could never afford to own one.

In this regard, many, especially anti-corruption activists, are not excited but are concerned when the 12th Malaysia Plan was unveiled in Parliament recently with a whopping budget allocation of RM400 billion, the largest in the nation’s entire history.

It is more than Malaysia’s revenue, thus pushing the country’s debt liabilities even higher, prompting even Nik Azman to warn the government against committing to more borrowings just to repay existing ones.

I take the liberty here to suggest a moratorium on big-ticket projects and procurements, especially on prestige or wasteful ones, so that Malaysia can return to the days when we only spend within our means. At the end of the day, it is in the rakyat’s interest to see sound financial management at the very top to take into account the views of financial experts rather than be based on political expediency or populist considerations.

Which brings me to the core topic of this week’s column – prevention is key to anti-corruption success. Datuk David Chua, an entrepreneur who sits on the Advisory Board of MACC has expressed the view that the MACC must revisit its strategies on what I call the Big P – prevention. This is also the point I have been stressing in the more than 10 years I have been sitting on a number of oversight panels within the MACC.

MACC’s strategies all these years have been focused on creating public awareness of the evils of corruption through engagements with various interest groups. But as Chua rightly pointed out, prevention does not merely mean enhancing awareness against corruption but should be on closing the space and opportunities in the procedures and work processes within the delivery system of goods and services.

It is for this very reason that the word “Prevention” is engraved in MACC’s name, and that the main objective of our lawmakers from both Houses of Parliament when they approved the relevant law to establish MACC was prevention too.

Whichever way we look at it, the MACC has been successful on the enforcement side of the law, covering aspects like investigations, followed by arrests of suspects, their prosecution in court, and finally if they are convicted, they will serve their sentence. This standard operating procedure as we all know is highly time-consuming and very costly to the taxpayers.

It is imperative moving forward, MACC’s core business be that of prevention of corruption from being committed in the first place. For this to be done, there is a need to boost its intelligence work capability to sniff out acts of corruption at hot spots.

What needs to be done is to insist, in the key performance indicators of all heads and staff of the Prevention Division of MACC, their success in prevention work.

MACC’s image and effectiveness will be given a tremendous boost if for example, it can cite in its annual report acts of corruption, especially the big and high-profile ones, that it managed to prevent. As opposed to mainly reporting on the number of people arrested and charged, by which time corruption had already been committed resulting in huge financial losses.

And worse, more resources have been spent to oil the slow wheels of justice moving in the country with huge backlogs of such cases.

In the final analysis, as the saying goes, prevention is better than cure. And certainly much cheaper to all anti-corruption stakeholders.