“Conducting tourism lab sessions nationwide could energise the entire nation and revitalise our country’s economy, as new bus tours are highly visible, useful and have a great impact on the local population 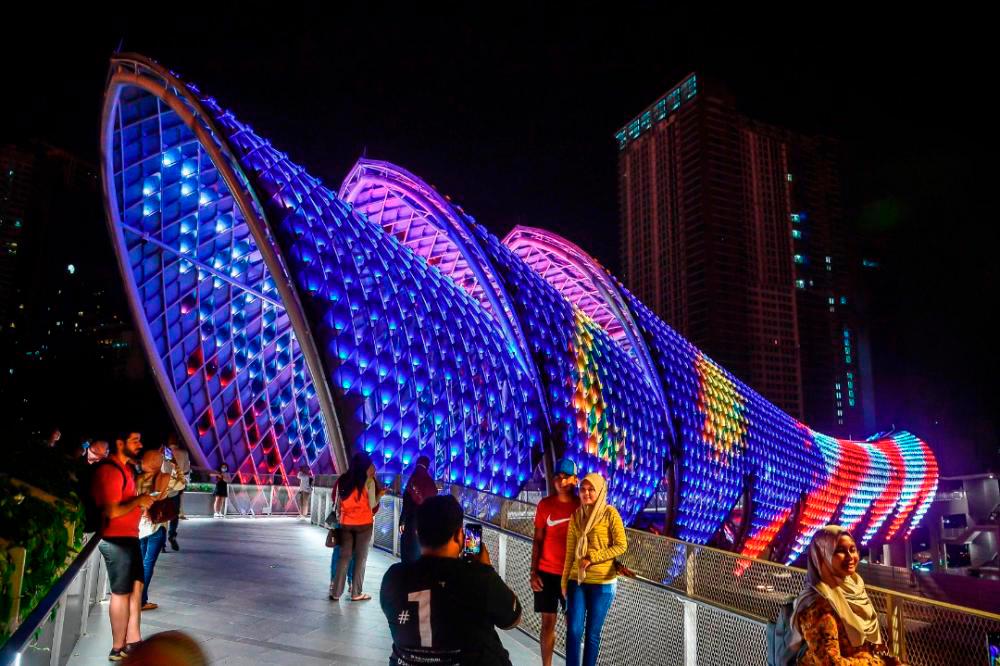 ON May 17, the Ministry of Tourism, Arts and Culture (Motac) through Tourism Malaysia (TM) launched the Tourism Recovery Plan 2022 and the second version of the Cuti-Cuti Malaysia song in an effort to boost domestic tourism as it transitions to the endemic phase.

The recovery plan is a continuation of the Economic Stimulus Package and one of the initiatives will be the distribution of incentives in the form of discounts, vouchers and rebates to encourage Malaysians to travel within the country.

The scheme was rolled out on April 29 and the first beneficiaries were service providers in land transport and tourism associations.

It will later be expanded to air transport, accommodation and special interest segments such as scuba diving, homestays, shopping and theme parks.

Under land transport, TM has entered a strategic partnership with Express Rail Link Sdn Bhd and Keretapi Tanah Melayu Berhad (KTMB) to offer fare discounts of between RM10 and RM15, which will benefit a total of 64,675 riders in KLIA Ekspres and KTM service.

A RM100 discount will be given to Malaysians buying travel packages between April 29 and Oct 31 and valid for travel until the end of this year.

The target is to attract 14,935 Malaysians to spend about RM3 million through Shopee Pay on domestic holiday packages.

It was reported that travel associations have welcomed the incentives for domestic tourism, but are asking for more to be done to accelerate the industry’s recovery.

However, those interviewed did not propose any practical solution that could benefit a large number of tourism industry players.

During the recent National Recovery Council (NRC) meeting, TM presented a report on the recovery of the country’s tourism sector.

But NRC chairman Tan Sri Muhyiddin Yassin commented that the five-year target was too long, just as lengthy as five-year Malaysia Plans.

After chairing the meeting, he said the council had recommended that the government come up with new initiatives and assistance to help increase the capacity of tourism industry players, as they have been severely affected by the Covid-19 pandemic over the past two years.

But are trade associations and government agencies involved in tourism capable of finding new initiatives and aiding the 4,693 travel and tour companies currently registered with Motac?

How fruitful were the many meetings held between Motac and numerous associations?

Members of tour and travel associations were advised by their leaders that their proposals have been submitted to various ministries.

If so, how many were accepted and implemented, and were they effective in helping tourism businesses stay afloat?

On average, each of the 4,693 travel or tour companies will get to sell only three subsidised packages over a six-month period. The profits may not be enough to pay staff wages for a day.

Even during the best of times, few Malaysians purchased domestic packages from travel agents.

If they need accommodation, they could easily book directly with hotels or operators that offer short-term rentals of apartments or houses.

Likewise, they could book domestic flights and purchase train and bus tickets on their own.

In 2019, 98.5% of domestic visitors used land transport, with an overwhelming majority driving their own cars and spending RM15.5 billion on petrol or diesel in that year.

The amount spent on fuel was more than the expenditures for accommodation and other transport combined.

The main purpose for domestic travel was visiting relatives and friends, and their homes provided free accommodation for over 70% of domestic tourists.

Hence, Deputy Tourism, Arts and Culture Minister Datuk Seri Dr Santhara Kumar said the recovery of the country’s tourism sector will depend on the reopening of borders of other countries, notably China, which has yet to open its borders for its citizens to travel abroad.

Although Malaysia had reopened its borders since April 1 and Covid-19 testing requirements eased from May 1, the number of foreign tourist arrivals is expected to be low as airfares have soared and prices of many goods skyrocketed after Russia invaded Ukraine on Feb 24.

It will take a long time, if ever, for foreign visitor arrivals to Malaysia to surpass 35 million as in 2019.

Meanwhile, if inbound tour operators continue to wait for foreign tourists that they are heavily dependent on, they would not survive the next few years and are likely to join those that have already perished since the beginning of the Covid-19 pandemic in early 2020.

While spokesmen for travel associations have rightfully called on the tourism ministry to look beyond the incentives listed under the 2022 Tourism Recovery Plan, travel and tour operators themselves have created nothing new or appealing for domestic visitors over the past decades.

And nothing will change if they continue with the same narratives and self-fulfilling prophecies.

Meetings are unproductive when participants from various organisations maintain opposing views and defend their positions. And the result is only a few proposals get implemented.

The best way to innovate and create novel products that could also appeal to the majority of Malaysians is to conduct laboratory sessions nationwide to generate many new domestic tours and travel services that could benefit a large number of tour bus operators and entrepreneurs.

In these labs, all participants are encouraged to share and speak freely as they will not be representing any organisation.

After a brainstorming session when no ideas will be judged but thoroughly discussed, participants will then be placed in small groups to work out solutions.

They are to proceed with the assumption that current obstacles, including regulations, could be overcome later. Their mission is to make the impossible possible.

Many would need a paradigm shift from playing the devil’s advocate to believer of something untested or unknown.

If Tourism Malaysia or any of the eight travel associations sanctioned by Motac were to organise a tourism lab, I would be happy and ready to share at least five great ideas that could transform domestic tours in the country and would also put Malaysia on the world map.

Conducting tourism lab sessions nationwide could energise the entire nation and revitalise our country’s economy, as new bus tours are highly visible, useful and have a great impact on the local population.

If not, conditions will continue largely status-quo and remain in the doldrums.

New initiatives and effective measures are elusive without the clarity and insight to find them.

Those looking at the same things may not be able to perceive without thinking outside the box.

Most choose convenience by dishing out more of the same, but such attempts would be in vain.