Reduce food waste, 15,000 tonnes daily is too much 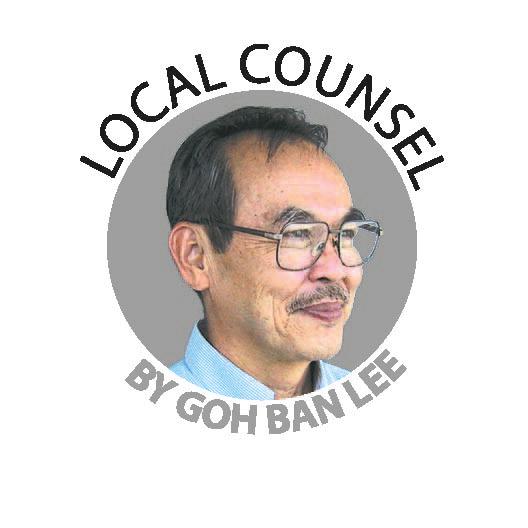 FOOD fulfils our basic need for survival and also give us pleasure. In Malaysia, we love food and are spoilt for choice. But we also waste food daily.

Food waste is food that is uneaten and thrown away as trash which ends up in landfills to decompose. It can be unsold food past expiry dates and discarded by retailers or unfinished food.

When we waste food, it is not just a waste of money, but also resources used to make the food.

Decomposing food in landfills is not only smelly but also causes environmental problems. It gives off methane, which is a potent greenhouse gas that has a more serious impact on global warming than carbon dioxide.

Besides the alarming usage of plastic causing pollution, food waste has become another global issue that needs to be addressed. While it is vital to reduce plastic waste, there is also a pressing need to reduce food waste.

We can see this efforts around the world. Zero Waste Scotland, a government funded body has launched a Food Waste Reduction Action Plan, urging people to cut down the amount of unwanted food they put in the bin. It aims to reduce the country’s food waste by a third by 2025.

In Malaysia, a study in 2015 showed that more than 15,000 tonnes of food is wasted daily out of which 20% is avoidable and unnecessary if people finish everything on their plates.

There is even more food wastage during festive seasons. In just 10 days of Ramadan, Penang Island has seen an increase of 40 tonnes of food waste from perishables, such as cooked food, fruits and vegetables.

The Penang Island City Council has promised to take steps to address the issue. The council has introduced the Food Bank concept where unsold food will be given to those in need or as animal feed.

Other local authorities, like Kuantan, Shah Alam and Kuching South have introduced similar programmes where unsold food and drinks from Ramadan Bazaars would be distributed to those in need.

This kind of programme makes a lot of sense when we consider that there are more than 800 million people who go to bed hungry in parts of the world, yet an estimated one third of food produced is lost or wasted every year.

As we become more aware of the seriousness of food waste affecting food security, many new organisations and innovative solutions are being formed to reduce food waste.

One interesting example uses new technology. ResQ Club, founded in Finland made its debut in Malaysia in 2017. It is a food “rescue” service app available on the web and smart phones that enables consumers to order surplus meals from restaurants at discounted prices, creating a win-win situation. The club aims to offer a sustainable solution to food waste.

On a country level, a report by the World Economic Forum states that South Korea was leading the way in addressing food wastage. In 1995, only 2% of its waste was recycled. Now, the country recycles 95% of its food waste, turning dry waste into fertiliser and animal feed and liquid waste into biogas and bio oil.

While recycling helps to manage food waste, reducing consumption and minimising waste should be the goal so as to reduce landfill space, save resources and energy, reduce pollution and increase production efficiency.

People should be more mindful of waste each time they buy food. With careful planning of meals, proper storage of excess food in freezers and creative use of leftovers, food waste can be reduced. For example, over-ripe fruits can be turned into smoothies and roast chicken or meat can be used in fried rice, as pizza topping or as sandwich filling.

Think about the time when previous generations used to save and use every bit of food. Like many of our societal and environmental problems, addressing food waste requires both regulations and change in peoples’ behaviour.

4.Biden says US would defend Taiwan against China invasion