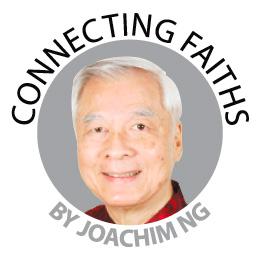 MASS gatherings to worship God, obtain divine blessings, pay homage to the founder, or gain redemption are a vital feature of every religion. Millions attended the Kumbh Mela festival that ran from March 11 to April 30, descending on India’s sacred Ganges river to wash away their sins, unmasked and without physical distancing.

Kumbh Mela is the world’s densest gathering of people, with cities in a 25 sq km riverine zone jam-packed with crowds on every street. Pilgrims expressed confidence that their faith in God would subdue the coronavirus. Instead, the number of Covid-19 infections surged to a daily count of 350,000 towards end-April.

On April 30, the scoreboard registered 401,993. Even last year, most super-spreaders emerged from mass gatherings of worshippers, including one in Malaysia at end-February 2020 involving 16,000 participants. This cluster became responsible for 48% of our nation’s cases at that time.

In South Korea, for most of 2020, the biggest clusters were linked to religious services. Truly, Covid-19 has put religion in a hotspot.

There is deep irony in this because civilisational faiths serve to unify huge masses of people drawn from multi-ethnicities who share a common religious identity. The most effective tool of civilisational – and hence, political – unity is the festival.

Get the entire population together for a grand ritual in which everyone hears the same message, follows the same leader, recites the same words, performs the same actions and thinks the same way.

Early civilisations depended on the strength of religion and mass participation in grand rituals. But several thousand years up the road to where we are now today, these same rituals are having a devastating effect on societies, weakened by Covid-19.

What has changed the impact of mass rituals so dramatically from being a force of unity to being a force of wreckage? It is human population growth exceeding the planet’s carrying capacity.

Stone Age tribal societies of 500 persons each could handle baby booms just by letting families break off as migrant bands formed new settlements in the distance. Tribes were like soap bubbles, with new bubbles floating away.

In today’s interconnected world, human population is like one balloon that keeps inflating. To prevent the balloon from going bust, every nation and every community – whether ethnic or religious – must keep its replacement rate at 2.1, as this is the internationally recognised number of births per couple to maintain the same population level.

Dozens of countries are pushing humanity towards a cliff edge. Turkey, Poland, Italy, Hungary and Iran are some examples of pro-natalist governments that favour strong population growth through large families. The title-holder is Niger where the average woman has seven children, and the average married man wants to father 12 children.

We keep pumping more air into a balloon that is busting. In the year 1800, the global population was one billion, today it is 7.8 billion, and in year 2057 it will be 10 billion. Not only does this enlarge the carbon footprint of humans, it also increases the loss of forest cover and species as we push for space to create more towns and farms.

The immediate consequence of further wildlife destruction could be the emergence of another Covid pandemic by 2030, the year human population reaches 8.5 billion.

As New Scientist weekly pointed out in its Nov 14, 2020 issue: “Our ravaging of safe spaces for nature is thought to provide new avenues for ‘zoonotic’ diseases such as the new coronavirus to jump over from other species to our own.”

In its March 6, 2021 issue, New Scientist warned: “The covid-19 pandemic was inevitable and will happen again if decisive actions aren’t taken to protect nature.”

Highlighted is the deforestation in Malaysia that increases the interface between wild species, farmed animals and human beings.

The influence of religion in tackling Covid-19 has so far been unhelpful. Tanzania had a president who, before his death in March this year, insisted that God had swept the virus from his country. The chief minister of one Indian state declared that “faith in God will overcome the fear of the virus”.

While religion has achieved immense success in drawing mammoth crowds for public acts of devotion, it has failed to inspire mass resistance against the destruction of wild lands. This is due to the lack of wisdom in the interpretation of scripture.

Scriptural passages are written to suit the context. Applying religious teachings out of context or in the wrong context will lead to disaster for humanity.

One of the earliest scriptural commands was to generously multiply the human population. As stated in the Book of Genesis: “Be fruitful and multiply, and fill the earth.”

This command was given when there were only two human beings on the planet. We have now overfilled the Earth. But still the religious push is to have many children, as if this command from God is invariant.

To interpret scripture without being mindful of the context is to treat God as a computer that issues unalterable programmed instructions. Imagine a computer instructing a line of glove machines to produce a million gloves an hour non-stop. By the 10th year, the machine will have produced 90 billion gloves – mostly surplus to be thrown into the ocean.

Another serious mistake is to accept the valuation of human life as being higher than that of the animals. All scriptures of every religion are written with only one target crowd – human beings. Hence, scriptural injunctions carry an inherent bias in favour of humans.

As the Book of Genesis states: “... have dominion over the fish of the sea, over the birds of the air and over every living thing that moves on the earth.” And in another passage: “Every moving thing that lives shall be food for you.”

Covid tells us that Nature is the hand of God managing the planet, and ecosystem balance is its diktat. Whoever destroys that balance pays the price. We are not superior to Nature but come under its dominion.

Just as the virus mutates into ever more resilient variants as adaptations to overcome the human immune defences, it is time we rapidly mutate our religious teachings and introduce the Book of Nature as a compulsory lesson.