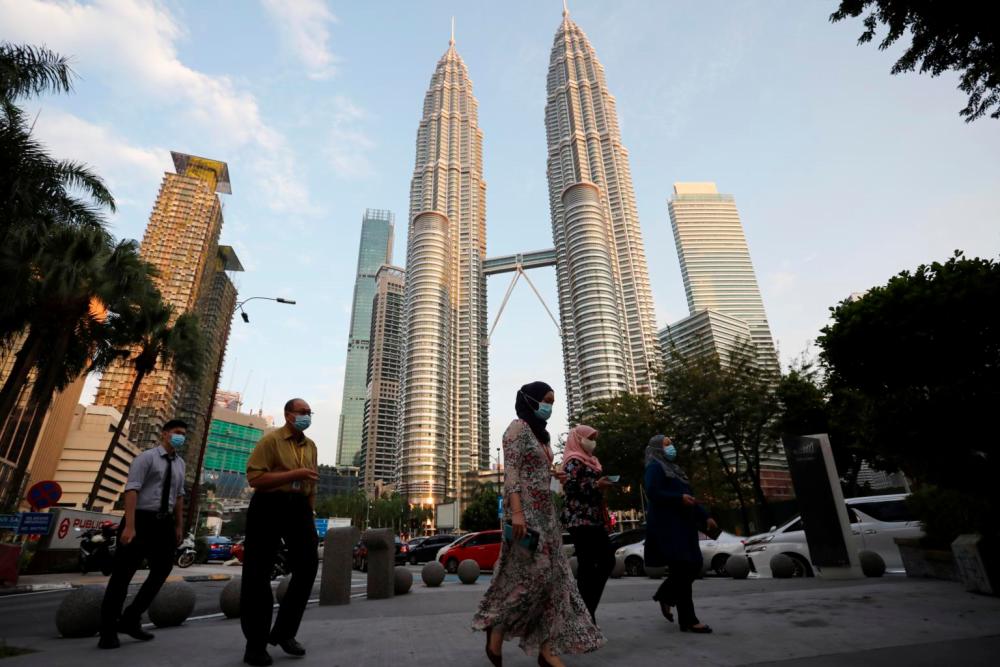 Recovery of the tourism sector expected to take time. – Reuterspix

ON Sept 18 last year, the Department of Statistics released the Tourism Satellite Account for 2019, which was the pinnacle year for our country’s tourism businesses that encompass numerous sectors and overlap many industries.

This higher figure included the RM10.6 billion spent in visited households, as 42.3% of domestic trips were for visiting relatives and friends, and 35.4% for shopping, with only 9% for holiday, leisure or relaxation.

Some insights could be gained from variations in tourism expenditure.

These three sectors accounted for 74.7% of domestic tourism expenditure and are the main gainers or losers when inter-district and interstate travel restrictions are lifted or reimposed.

These three sectors accounted for 76.1% and they were mainly shops and hotels located at tourist belts and holiday resorts, plus airline, train, bus, van, taxi and e-hailing services.

These three sectors accounted for 78.6% with overwhelming number of passengers travelling by air and lesser number by road or rail and even fewer on cruises.

While most foreigners and Malaysians made their own travel arrangements when entering or leaving our country, the fortunes of many local travel agents were tied to the outbound tour market.

For example, there were more than 300,000 Malaysian pilgrims to Mecca in 2019 and most of them bought umrah packages.

Sadly, the Covid-19 pandemic had grounded most flights, shuttered many hotels and decimated outbound tour operators, as leisure travels were halted with the closing of borders.

If opened, travellers are still subject to quarantine upon arrival at every stop, apart from risking infection.

No one wishes to travel when it is no longer safe and more nerve-wracking while far from home.

The impact of the pandemic on inbound tour operators varies according to the type of business they chose to engage in.

Those worst hit are involved in meetings, incentives, conventions and exhibitions (MICE), which are highly rewarding for those who could overcome the challenges.

Organisers spent a lot of time and money preparing for major events with a long lead time.

But all the work could go down the drain if an international conference is cancelled or even postponed, as the prepared services are perishable products, like hotel rooms left unoccupied.

Those active in MICE and business events ought to be accorded top priority in any government aid, as much time is needed to remobilise human capital and recommission facilities to compete successfully with neighbouring countries for this high-end market with spillover effect.

Then there are those who have invested in a fleet of tour buses and vans to transport tourists sent by their overseas counterparts or wait for charters from local tour companies or organisations in the public and private sectors.

Almost all tour buses are leased. Unlike normal hire-purchase when ownership is released by the banks to registered owners upon settlement of the last monthly instalment, lessees must pay the residual value in one lump sum to buy the vehicles from lessors at the end of the lease.

Since the movement control order (MCO) was first introduced in March 2020, most tour buses had not been running and would remain idle for many years.

This is because the number of foreign tourist arrivals for this year is likely to be less than half of the 4.3 million in 2020.

From April to September last year, Malaysia recorded 65,964 foreign tourist arrivals, which is equivalent to less than 132,000 a year.

In the best-case scenario, total arrivals hit two million this year and double every subsequent year.

It would then be a long and slow climb to surpass the 26 million last achieved in 2019. Until then, there is a surplus of tour buses and vans in the country.

As the government has no means to prop up all existing tour bus operators across the board, it is better to allow natural attrition to occur so that the remaining half could better survive in a market that has shrunk to less than half its former size.

The Ministry of Tourism, Arts and Culture (Motac) requires all outbound, inbound and domestic tour companies to operate from a presentable office during normal times, although the staff can work from anywhere using laptops and smartphones, such as during the MCO.

At the end of last year, there were more than 5,000 tours and travel agencies registered with Motac, but the number has plunged to 4,586 yesterday, and it is expected to drop further.

As these businesses could easily be discontinued and restarted at an opportune time, it would be no surprise if the number dropped to 2,500 by year-end.

Similarly, the 17,003 tourist guides registered with Motac will eventually drop to less than half.

It had been customary for them to keep renewing their hard-earned licence as it would be too taxing to repeat another four to six months part-time course in order to take the written and practical exams should they wish to resume guiding.

Most tours and travel agencies are small or micro enterprises, employing a handful of people.

Many of these businesses and jobs could not be saved while the pandemic is raging in all its fury this year and will leave a trail of destruction in its wake in the coming years.

The government should do its utmost to save as many travel businesses and jobs as possible, but with limited funds it should not throw good money.

Those that can be up and running within a reasonable time should be saved, but it would be futile and cruel to prolong the suffering of those likely to succumb before tourism recovers in 2024.