“When it comes to domestic tours, there should be a blanket exemption for tourist guides as applying for a waiver on a case-to-case basis is a waste of resources and it is impossible to obtain approval on time as passenger name lists keep changing up to the last minute 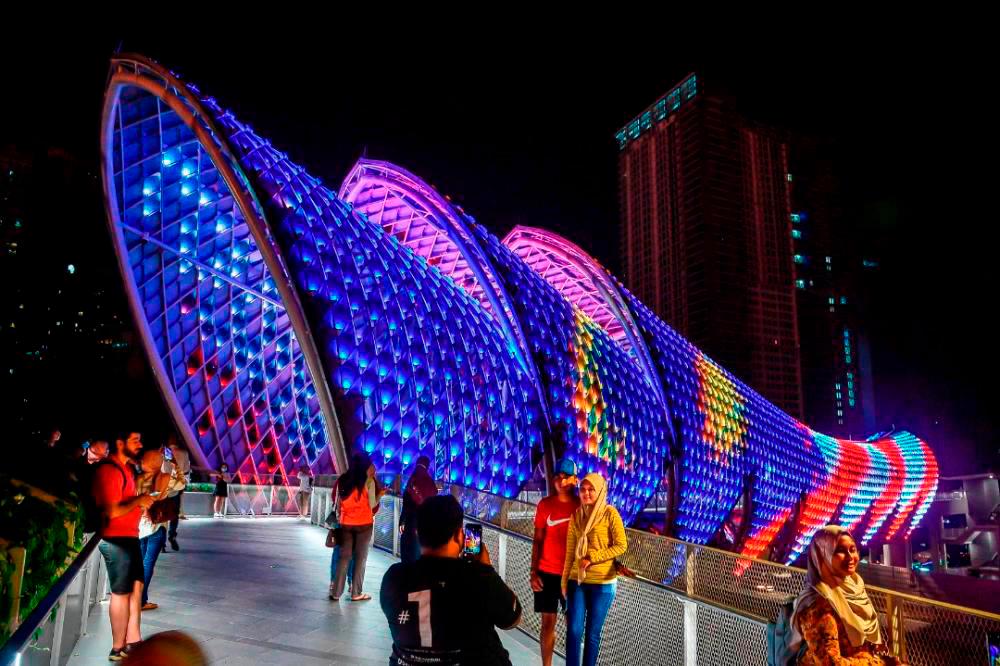 IN Malaysia, tour buses are licensed under bas persiaran (excursion bus) and must have a tourist guide on board when there are passengers, even if only one customer is travelling on the bus unless exempted by the Tourism, Arts and Culture Ministry (Motac).

During the first Visit Malaysia Year (VMY) 1990, I was the operations manager of a leading inbound company operating a large fleet of tour vehicles.

One day, a caller wanted to charter a tour bus straightaway for a funeral.

The supervisor immediately assigned a female tourist guide who was on standby duty in the office to go with the driver.

She was young and had just started working as a tourist guide after gaining her licence.

Just as she was about to burst into tears, I overruled the instruction, told her that she did not have to go and instructed the bus driver to proceed on his own.

I decided that the company would bear the penalty if the bus was stopped by enforcement officers for not having a tourist guide on board.

Earlier in 1984, I witnessed first-hand an enforcement being carried out when I was on a round island tour operated by our Penang branch.

Upon reaching a stop, passengers could not get out of the minibus as they were blocked by a Tourist Development Corporation enforcement officer.

As the minibus roof was low, passengers had to crouch walking with their heads bent down and stood uncomfortably when they could not proceed.

The officer should have allowed passengers to disembark first and then go on to inspect the licence of the tourist guide, which was found to be in order.

Over the past decades, tour buses leaving from or heading to airports have been stopped by enforcement officers for inspection.

Such overzealous operations created a bad impression of our country for tourists that have just arrived and departing tourists who feared missing their flights.

Mercifully, there were no reports of such incidents in recent years.

But tour bus operators were unhappy with private vans being used for airport transfers as enforcement was often lacking.

Where there was a shortage of tour guides such as in Kuching, the authorities had to close an eye.

Under the Tourism Industry Act 1992, no licensed tourism enterprise shall employ, or obtain for a tourist or any other person, the services of a tourist guide who is not licensed under this Act or whose licence has been suspended or revoked.

The above regulation is sound as customers who have paid for the services of a tourist guide ought to get a professional one.

This is only possible after undergoing effective training and refresher courses, passing examinations and renewing licences for languages they are competent.

With a few exceptions, this arrangement has worked well ever since the licensing of tourist guides was introduced in 1975.

But as far back as 1990, the term “sitting guide” became a laughing stock when a tourist guide was hired to do nothing but sit on the bus just to comply with the regulation.

It became more rampant after foreign tourist arrivals surpassed the 10 million mark in 2000 and 20 million in VMY2007.

Officially, tourist guides are not allowed to receive shopping commissions as it would be too difficult to control if permitted.

Nevertheless, they do and Motac enforcement officers don’t have to investigate as long as there are no complaints.

However, if tourists are brought specifically to one place, especially at unauthorised stops not included in the itinerary where inferior goods are sold at high prices so that hefty commissions could be paid out, Motac should show no mercy by suspending the licences of those involved.

If sightseeing tours include shopping stops such as the Royal Selangor Visitor Centre attached to its factory in Kuala Lumpur, where tourists can buy genuine quality products without having to pay more, then there is nothing unethical for tourist guides to receive nominal commissions.

But for the sake of reaping higher commissions, some tour operators send their tour groups much further away where inferior products are offered.

As itineraries are set by tour operators and not by tourist guides, commissions are also shared with those that made prior arrangements.

Many cities do not offer such a facility and one of the reasons was due to the fear of being caught accepting shopping commissions.

After zero-cost tours were banned, shopping commissions had been a taboo topic, especially for China tour groups.

This was because they could easily earn more from shopping commissions.

Later, China outbound tour operators began offering zero-cost tours for those wishing to join tour groups to travel overseas. And if you think this is the max, you are mistaken.

At one time, local tourist guides were paying tour operators for the opportunity to handle China tour groups instead of being paid guiding fees.

Another perennial issue that has yet to be resolved is the compulsion of having a tourist guide on board a tour bus.

This is best addressed by asking: Should visitors be forced to use tourist guides?

In the past, many meetings at Motac had involved associations representing tourist guides and tour operators, with the former taking a combative approach, which was unnecessary.

Tourist guide service provides tour operators with an additional income stream and there is no reason why they would want a blanket exemption on tourist guides.

After all, many tour operators started their careers as tourist guides and some are still actively guiding. Not all guides are freelancers.

If it is a normal foreign tour group on holiday, there is consensus that a tourist guide is a must.

But if it is an airport transfer for airline crew, then peace would be much appreciated instead of being bombarded with commentaries by a tourist guide.

Similarly, staff of multinational corporations from around the region or globally, gathering in Kuala Lumpur for a meeting would need privacy while being briefed by a superior during transfers from one venue to another, without a local tourist guide unintentionally eavesdropping.

For classification, a group could be deemed as foreign if its numbers exceed two-thirds, as it would be impractical for Malaysian executives to be excluded.

Motac should continue granting blanket exemptions for foreign tour groups on services already waived and consider others on a case-to-case basis, such as student groups on a low budget.

Doing so would encourage many of them to come and make return visits when they are working adults.

When it comes to domestic tours, there should be a blanket exemption for tourist guides as applying for a waiver on a case-to-case basis is a waste of resources and it is impossible to obtain approval on time as passenger name lists keep changing up to the last minute.

While domestic tourism expenditures have grown from RM47.8 billion in 2012 to RM103.2 billion in 2019, it was largely stagnant for domestic tours, particularly the usage of tour buses as locals do not wish to pay several hundred ringgit per day for a tourist guide they do not need.

For classification, a group can be deemed as local if Malaysians exceed two-thirds as the domestic tour market includes expats and their families staying here, foreign students and workers.

In any case, customers that have paid for a tourist guide ought to be provided with someone who is licensed for the language requested.

Likewise, it is only fair that domestic excursionists and tourists be given the choice and not be forced to pay and use a tourist guide they do not want.

YS Chan is a master trainer for Mesra Malaysia and Travel and Tours Enhancement Course and an Asean Tourism Master Trainer. He is also a tourism and transport business consultant. Comments: letters@thesundaily.com