“Malaysia needs to stop building more zoos, but instead focus on improving sub-standard zoos to ensure they meet standards of housing, husbandry, welfare and health for all their captive inmates.“ 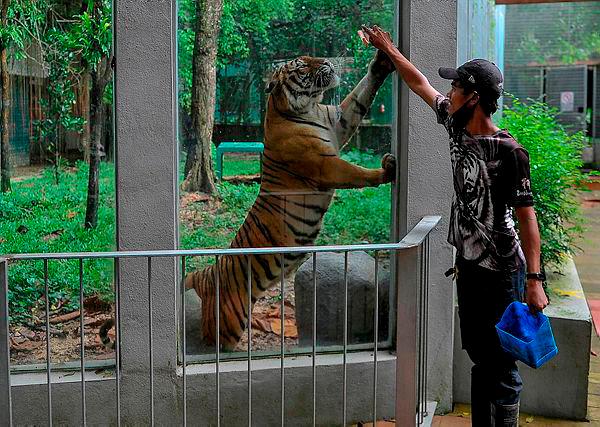 THE Consumer Association of Penang (CAP) would like to voice its concerns over a new zoo being built on a 20.2-hectare land in Iskandar Puteri, Johor.

The objective of a zoo is generally as a crowd-puller. The idea of zoos as tourist attractions should be discarded as many of these animal establishments are ignorant about proper care for wildlife, leaving the animals to suffer immensely. Also in question is the frequency of visitors to new zoos.

Contrary to the belief that zoos attract tourists, newly-established zoos attract more than 80% of their visitors from within their own surrounding community, and more than half are people who make frequent return visits. Those return visitors stop coming over time, resulting in poor gate collection, and the zoo condition deteriorates further.

In reality, most people only spend a few minutes at each display, waiting for the animals to do something “exciting”, but they gain little, if any, in understanding the animals.

Despite their professed concern for animals, zoos can be more accurately described as “collectors” of interesting animals rather than as actual havens or homes.

Zoos pride themselves as “collectors” of exotic species, without any thought for space, which is often inadequate and lacking in many such establishments. Even at the best zoos, captivity cannot begin to replicate the wild animals’ habitats.

Politicians and proponents of zoos should not view zoos as places to amuse and entertain. They should instead address the question of whether zoos ought to exist, and if their existence would serve any purpose.

Zoos are built mainly with the convenience of visitors in mind, instead of the animals’ comfort.

Placing an animal in an inappropriate environment not suited for the species can cause stress and behavioural problems. Captive animals in zoos have been observed to suffer from zoochosis syndrome due to the removal of these animals from their natural habitat, causing frustration, boredom, lack of life in normal social groups and other stereotypic behaviours.

CAP believes wildlife should not be kept if their needs cannot be met. Zoos are not breeding animals with the intent of replenishing threatened populations. Baby animals are a crowd-puller. The babies are deemed as “surplus animals”.

When questioned about what zoos do with these “surplus animals”, the rhetoric is always the same – “exchange with other zoos”. This is highly questionable as many of the zoo fraternity also have similar wildlife species, thus, do surplus animals really end up in our local zoos or exchanged with some other worst zoos abroad?

As a matter of fact, captive breeding gives the public a false sense of security about a species’ survival. For wildlife to survive, zoos must shift their focus from keeping and breeding animals behind bars to directing attention to the root causes of why wildlife worldwide are in peril, i.e. habitat destruction, poaching and the exotic animal trade.

So long as there is no conservation of wildlife in the wild, captive breeding will not make any difference. Serious conservation efforts begin with human’s commitment to stop encroaching on wildlife habitats, and not collecting charismatic megafauna to be put behind bars as living trophies.

All too often, MP, state executive councils and elected representatives seem fixated on the idea that these animal facilities in districts and small towns are an answer to a major tourist draw. Such establishments, run either by the municipal council, district council, the state government or private operators, hold many bird and animal exhibits in cramped and barren enclosures, where these inhabitants are often exploited to perform tricks or for photography sessions.

With over 14 zoos and 20 permanent wildlife exhibition centres in Peninsular Malaysia, do we need another?

Malaysia needs to stop building more zoos, but instead focus on improving sub-standard zoos to ensure they meet exacting standards of housing, husbandry, welfare and health for all their captive inmates.