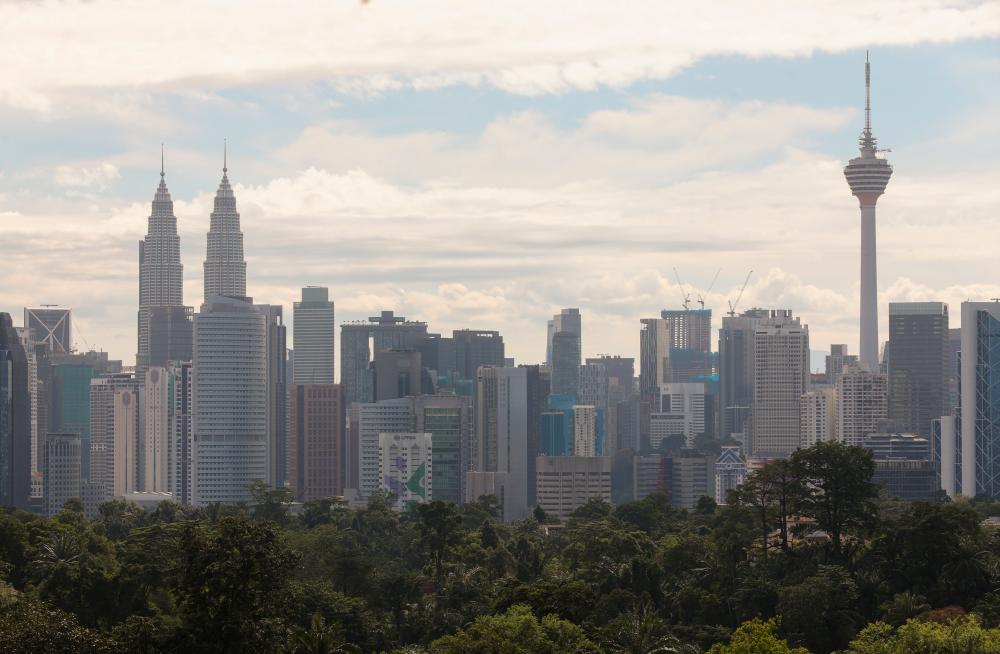 SINCE Malaysia transitioned to the endemic phase on April 1, more Malaysians are resuming their usual routine of going out from home for work, leisure and travelling.

More cars are back on the roads and highways – traffic jams can be seen everywhere in the Klang Valley, including during the weekends.

More Malaysians are also flying out of the country or going on inter-state travel by plane.

Many Malaysians were relieved with the relaxation measures as they could finally release their pent-up tension – with the concomitant pent-up demand (for travelling) – after experiencing prolonged Covid-19 lockdowns for over two years.

However, with the continuous rise of food price inflation, are Malaysians in general able to enjoy the freedom of travelling around the world?

It might not be the case, especially among the eligible B40 and M40 contributors who had to withdraw their Employees Provident Fund (EPF) savings just to make ends meet.

This month, more than half of the eligible B40 and M40 members – at 55% and 59%, respectively – applied for EPF’s special withdrawal facility.

At the same time, 39% of T20 members and 29% of informal (self-employed or no formal employment) and inactive members also withdrew their savings from EPF.

Same as the preceding month (February 2022), a rise in food inflation is the main attribute in the increase of the CPI.

The 4% y-o-y increase in the food and non-alcoholic beverage group was largely due to the rise in the sub-category of “food at home” by 4.3% between March 2021 and March 2022.

The soaring vegetable price trend presented by the DOSM takes place amid drastically reduced purchasing power among the B40, who have lost jobs or had their income halved by the economic impact of the pandemic.

Realistically, however, many may still be forced to reduce nutritious intake by purchasing cheaper food such as bread and instant noodles to counterbalance the effects associated with the rising cost of living.

Such a trend shows that more Malaysians are going out to eat frequently, among other social activities.

The fact is increasingly expensive vegetables, poultry products and processed items have forced Malaysians nowadays to fork out more money purchasing the same portion of food.

As reported by a daily on April 23, titled “Inflationary consequences”, Human Resources Minister M. Saravanan said a minimum-wage worker had to pay about RM10 extra to purchase 5kg of cooking oil.

Socio-Economic Research Centre executive director Lee Heng Guie commented in the same report that the price of 5kg of cooking oil increased by almost 41% – from RM20.98 in December 2019 to RM29.54 in February 2022.

Moreover, core inflation – which measures changes in the prices of all goods and services but excludes prices of volatile items of fresh food and goods controlled by the government – went up to 2% in March 2022.

Transport recorded the highest at 3.9%, followed by food and non-alcoholic beverages (3.5%), furnishings, household equipment and routine household maintenance (3.0%), restaurants and hotels (2.9%), miscellaneous goods and services (1.9%) and recreation services and culture (1.1%).

The rise in the transport category is mainly due to the low-base effect with the setting of the ceiling price for RON95 petrol effective March 2021 at RM2.05.

It was higher compared with the average price of RM1.96 per litre in February 2021.

With the flash floods hitting Klang Valley again on Monday, this would indirectly increase the associated costs among private vehicle owners.

If an individual parks in the basement or drives around flood-prone areas, it would increase the risk of a car submerging in floodwaters.

If the car has massive flood-caused damage and cannot be repaired, the individual has no choice but to purchase a new one.

Moreover, public transport users in the Klang Valley are required to spend an additional RM20 on commuting when the Rapid KL unlimited travel pass has increased from RM30 to RM50 per month effective from Jan 1.

If some places are not accessible to public transport, they still have to book e-hailing services such as Grab and AirAsia Ride to reach a particular destination within Klang Valley.

Usually, a one-way trip from Mid Valley to Bukit Damansara only takes 13 minutes of travel time and costs around RM13 around 10pm. However, an 8km journey with almost one hour travel time due to the massive traffic jam on a Friday night could now cost RM28 – a whopping increase of 115%.

The continuous upward trend of the Singapore dollar (SGD) against the ringgit is expected to erode the purchasing power among Malaysians further.

Bloomberg showed that based on the exchange rate at 1.52pm on Tuesday, SGD1 is equivalent to RM3.1710.

While Singapore recorded higher rates than Malaysia for CPI and core inflation – by 5.4% and 2.9% y-o-y, respectively in March 2022 – most Singaporeans might not feel the direct hit arising from the rising cost of living as Malaysians.

They still can afford to choose hawker food for daily consumption, which typically costs between SGD3 and SGD7 per meal.

If each Singaporean spends SGD21 in total (SGD7 multiplied by three meals) per day with a monthly salary of SGD3,000, the monthly food expenditure (30-day basis) would be SGD630 – consisting of only 21% out of the monthly salary received in Singapore.

However, if each Malaysian spends a total of RM30 (RM10 multiplied by three meals) per day on average with a monthly salary of RM3,000, the monthly food expenditure (30-day basis) will be RM900 – almost one-third (i.e. 30%) out of the monthly salary received in Malaysia.

Hence, for Malaysians to cope with the rising price inflation, EMIR Research would like to recommend the current administration introduce three-month grocery, food and petrol subsidy vouchers for individuals and households in the lower M40 and B40 income groups from May to July.

For example, a household earning less than RM2,500 with three or more children could receive RM750 (RM250 multiplied by three payments for each of the additional member of the household) per month (and capped at that amount) in total until July.

If divided among five family members, each family member would have at least a RM150 government subsidy to spend per month.

More importantly, the government has to expedite the distribution of emergency cash aid of at least RM1,000 per flood victim for all those affected by the flash floods in the Klang Valley on Tuesday.

No doubt, Malaysia has a “tighter” fiscal space due to the introduction of numerous stimulus packages worth RM530 billion over the two years of the pandemic.

However, what the rakyat requires now is an empathetic government taking care of their welfare and needs, giving them the opportunity to resume their initial income and earnings back to pre-pandemic times. 2.‘How to murder your husband’ writer convicted of murdering spouse

3.Malaysian halal players should seize business opportunities in the Netherlands

4.Over 280,000 young M’sians have declared bankrupt, most victims from Selangor and KL