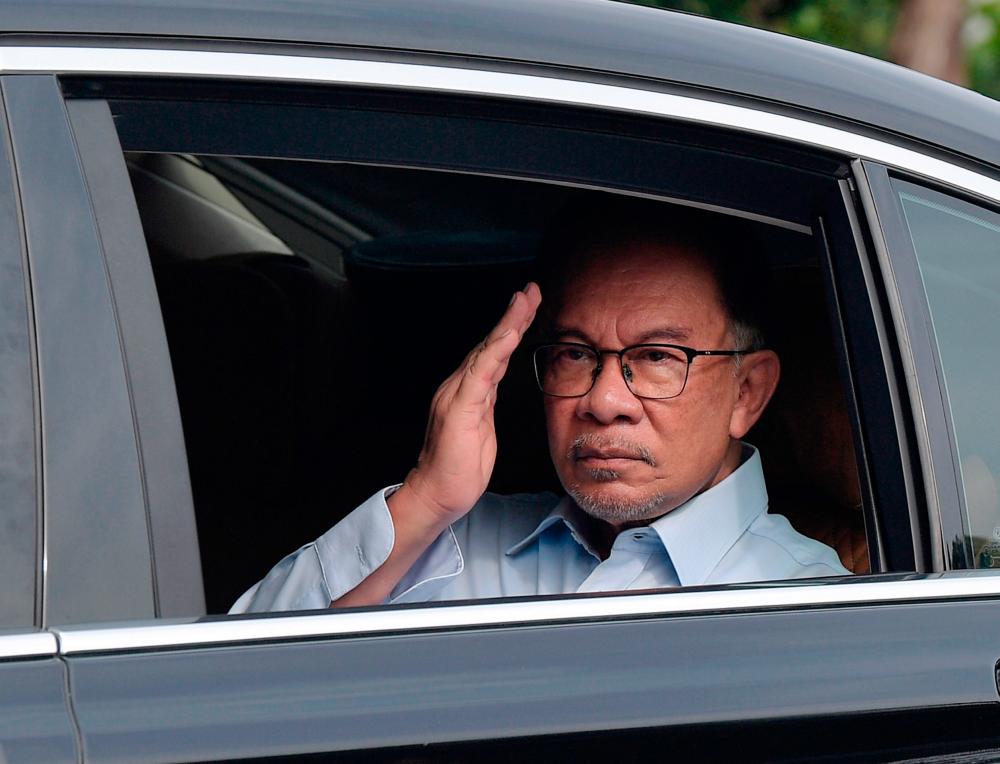 IN my podcast interview with BFM yesterday morning I was asked to prioritise key performance indicators for the incoming administration, which warrants further expansion into an “Innovation Agenda” (IA), which has the potential to utilise Prime Minister Datuk Seri Anwar Ibrahim’s new mandate – no small task after a series of short-lived “back-door” regimes that have sapped the public’s confidence – to its optimal effect.

This ushers in what I call an IA aimed squarely at social, institutional and economic challenges that demand the government’s most immediate attention, which I will summarise as follows.

1. Unity and tolerance: For the contemporary version of Anwar’s “Reformasi” movement to have any chance of adoption and scalability, the citizenry must place the nation first, especially above sect and creed.

Only by espousing a common identity can the collective interest of society be served with new policies, initiatives and programmes designed to lift all the rakyat together.

Ironically, the common good is best served by recognising an individual’s best use to his country more than to his community, religion or race.

2. Radical transparency and good governance: Malaysians are in equal measures disheartened and disgusted by the widespread and endemic corruption that has come to characterise their government.

The global shaming of the country from the 1MDB scam bubbled up into a righteous indignation that is still festering in the hearts and minds of many Malaysians, and will continue to do so until the root cause of the problem is addressed, not just its visible symptoms.

Today, “Reformasi” means implementing genuine institutional reforms that impede the tendency to rush to land-grab funding allocations from one administration to the next instead of moving towards an impact-oriented use of government resources that quantifies and measures outcomes and results.

3. Curbing costs: Soaring base-line inflation in essential items such as food, healthcare, education and housing will not only destroy the quality of life for the average Malaysian, but will also eradicate his ability to support top-line growth from elective consumption of anything beyond the bare necessities.

This will sink the whole economy deep into the red and reduce purchasing power just as prices spiral out of control.

Disintermediation of inefficiencies and breaking up monopolies should be the administration’s top priority, focusing on bloated value chains with restricted approved permits such as rice, sugar and other agricultural items.

4. Food security: Harsh lessons learned from the global pandemic need to be structurally resolved to prevent its recurrence, such as addressing the country’s net RM65 billion annual food imports, by increasing the current arable landbank (land used for Agro food) from a meagre 2% to 10%.

Government and agricultural GLC’s must take the lead in investing in and promoting the use of innovative technologies and sustainable practices in farming, fishing and livestock so that they become innovation industries attracting knowledge workers and youth back to the land and sea, with higher wages and better working conditions.

5. Digital transformation: The digital economy, which flourished during the global lockdowns of the physical economy, brought rapid and even disruptive changes in the mindsets and behaviour of people, and set a course which is now inevitable and from which there is no turning back.

On the contrary, our government must catalyse on this by complementing local startups with internationally sourced IPs and knowledge transfer from wherever it exists so that it not only finds a thriving community and ecosystem in Malaysia but also serves as a launch pad for spring-boarding into the exciting digital marketplaces in Southeast Asia, among the fastest growing in the world today.

When Anwar last left a ruling administration, during the Asian financial crisis, Malaysia and South Korea were equal peers in terms of technological advancement and economic development, a divergence which must not be allowed to repeat itself among our ambitious neighbours in Asean.

6. Sunrise technologies: Cleantech companies will surely become the largest enterprises in the world, replacing the tech giants in the not-too-distant future.

The existential challenges of climate change are engendering a shift in consciousness in the way that humans balance their consumption with their environment.

This has already spawned exponential growth in electric vehicles and carbon management, drones and robotics in sustainability and clean energy.

Indeed, cleantech will expand to encompass all industries, as well as the companies and people that comprise them.

Like the best innovation economies elsewhere, Malaysians must leverage their expertise and competitiveness to adapt, and government must play its role with policies, incentives and directives that promote a smooth migration.

7. Foreign investment: The time has come to reverse Malaysia’s diminishing role as an investment destination of choice.

For too long foreign investment has side-stepped Malaysia in favour of its neighbour’s capital markets, project finance and development funding.

This administration must build up its public and private marketplaces, and exchanges so that it is worthy of attracting global funding sources looking for high quality, high tech, high-value investment returns by offering attractive incentives, local and expatriate knowledge workers, robust physical and digital infrastructure, consistent business-friendly policies, strict compliance and good governance.

Equally, Malaysia must develop itself into a regional financial hub, providing efficient sources of capital from local and foreign sources alike.

The IA suggested above and promoted by the new administration should be a holistic movement in which the government takes the lead to replace outdated and broken old systems at the pain points of society, institutions and the economy, with the goal of replacing unfair exploitation with impartial empowerment to better serve the needs of the people, both those of the current moment but also for Malaysia’s future progress.