The US, China confrontation goes on 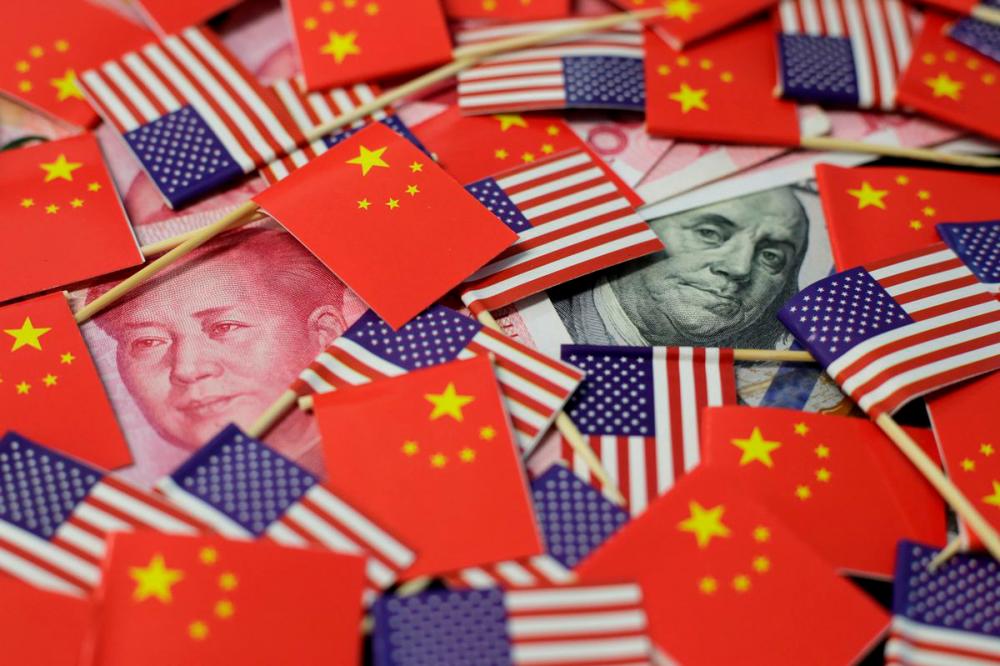 FOR many people all over the world, it is indeed a huge relief to see the uncertainties and sabre rattling between China and the US over the visit of United States House of Representatives Speaker Nancy Pelosi to Taiwan have finally ended when she arrived safely there on Tuesday.

But it is a grave mistake to think so as China continued its military drills around the Taiwan Strait despite the presence of a US Navy fleet nearby.

Russia, which in the past has stayed clear of the Cross-Strait issue, has come out with a statement describing the visit as a “purely provocative” act and fully supports China in its dispute with Washington.

“We stand in absolute solidarity with China here. Its sensitivity to this issue is understandable. It is justified. And instead of respecting this, the US is choosing the path of confrontation. It doesn’t bode well,” Kremlin spokesman Dmitry Peskov said, adding that Washington’s decision was “regrettable”.

The current siege mentality on both sides began on May 23, when US President Joe Biden angered Beijing by making a blunder in declaring that despite abiding by the “One China Policy”, the US would involve its military in any potential conflict between China and Taiwan.

This was taken by China and many analysts as unraveling the decades-long policy of strategic ambiguity with regard to Taiwan’s independence.

Although the White House swiftly clarified the president’s words did not represent a change to the US’ long-standing recognition of China’s sovereignty over Taiwan, the damage was done.

Under the 1979 Taiwan Relations Act, the US recognises, but does not endorse, China’s sovereignty over Taiwan.

While the act codifies the US’ “One China Policy”, it also authorises informal diplomatic relations with the government of Taiwan and allows Washington to provide Taipei with enough military support “to enable Taiwan to maintain sufficient self-defence capabilities”.

The act does not guarantee or rule out US military intervention should China threaten to assimilate Taiwan by force.

Instead, it considers any attempt to change Taiwan’s status a threat “of grave concern to the US”, intended to dissuade China from going down that road and Taiwan from issuing a formal declaration of independence.

By July, the issue of Pelosi’s visit took centre-stage culminating in a tense phone call on July 28 between Biden and his Chinese counterpart President Xi Jinping, where Xi issued his famous warning to the US not to “play with fire”, and “those who play with fire will eventually get burned”.

On Aug 1, US National Security Council spokesman John Kirby said the US has warned China is poised to stoke geopolitical tensions around Taiwan, perhaps through military “provocations”, raising the risk of an unintended escalation in Beijing’s row with Washington over Pelosi’s possible visit to the self-governing island.

“China appears to be positioning itself to potentially take further steps in the coming days and perhaps over longer time horizons ... could include military provocations, such as firing missiles in the Taiwan Strait or around Taiwan, operations that break historical norms such as large-scale air entry into Taiwan’s air defence identification zone ... air or naval activities that cross the median line and military exercises that could be highly publicised.”

Saying the speaker has the right to visit Taiwan – and a former speaker of the House has visited Taiwan without incident, alluding to a 1997 trip by Newt Gingrich – Kirby also stressed Washington doesn’t expect a direct attack, but admitted Chinese threats and provocations could trigger a conflict.

He made his comments after Reuters, CNN and other media outlets reported that Pelosi would visit Taiwan after all, in defiance of China’s warnings of a possible military response.

Actually, one can clearly see it is the US who started all this after perhaps being frustrated with the failure of its own efforts to bring China to its side in the Ukraine war as China still refuses to condemn the Russian invasion of Ukraine and participate in the massive sanctions against Russia due to the invasion.

It is unfortunate that after Pelosi had issued a statement on her visit to four Asian countries that excluded Taiwan, Kirby would play a game in saying that it was up to Pelosi to visit Taiwan.

What happened when Pelosi had touched her feet on Taiwanese soil was precisely the scenario that Kirby outlined, meaning the US knew in advance accurate details on what China was planning to do.

Instead of using this info to bring the tension down a notch by postponing Pelosi’s trip, or calming down the situation via a “statesman” superpower, Kirby played his trump card by saying Pelosi had the right to visit Taiwan.

Since the world only cares that the Ukraine war needs to be stopped and no new whammy should be created, so the timing of Pelosi’s visit was inappropriate.

To use an analogy of Bill Clinton’s successful campaign slogan in the 1992 election, “it’s the timing, stupid”.

Instead of postponing her visit, the 82-year-old grandmother relished the prospect of playing a Mission Impossible movie game of keeping everyone in suspense in her “escapade” from the Chinese “trap” to arrive in Taiwan unscathed.

Furthermore, with the Ukraine war on its plate the US can barely handle it with optimum efficiency.

So why pick a fight with another big country, more so another nuclear-armed country?

With the US and EU providing heavy weapons to the Ukrainians, the war should have ended earlier in Ukraine’s favour.

The fact that the war is dragging on shows the US cannot handle it with optimum efficiency and should consider bringing the two parties in the war to the negotiating table.

The world desperately needs the war to be stopped because it has caused not only the people in the combatants’ countries to suffer, but also people around the world, including the US and EU.

Instead of eliminating one of the whammies that has caused untold suffering and misery to the global population, the US is pushing China into the warm embrace of Russia, which would just prolong the war, and create a potential new one.

Many analysts, including US former Secretary of State Henry Kissinger, have already warned the US not to push China into an alliance with Russia because it would not only prolong the war, but also marks a lethal combination for the US – two superpowers versus one.

Perhaps it is time for the US to accept that the world now is no longer a unipolar world with the US at the apex, but a multipolar world, where the US, Russia and China should treat each other as first among equals.

Glenn Diesen, a professor at the University of South-Eastern Norway and an editor at the Russia in Global Affairs journal sums up the deficiencies the US has exhibited being the superpower in a unipolar world:

“In recent years, the US has unilaterally withdrawn from security agreements with its main adversaries, which has set in motion an uncontrolled escalation.

“It has put the Americans on a path to war with countries such as Russia and Iran, and Washington is now also taking steps towards an accidental war with China by incrementally abandoning the One China Policy. Beijing is now warning of an unprecedented military response if Pelosi follows through on her planned trip to Taiwan.”

Let’s hope saner heads will prevail in the Biden administration that will accept the realities of today’s multipolar world by working hard to prevent the Pelosi saga into becoming a deadly conflagration with a global impact just like how it has been for the Ukraine war.

Ditto with China, let’s hope saner heads prevail that will not turn this into a bloody conflict.

Jamari Mohtar is the Editor of Let’s Talk!, an e-newsletter on current affair. Comments: letters@thesundaily.com