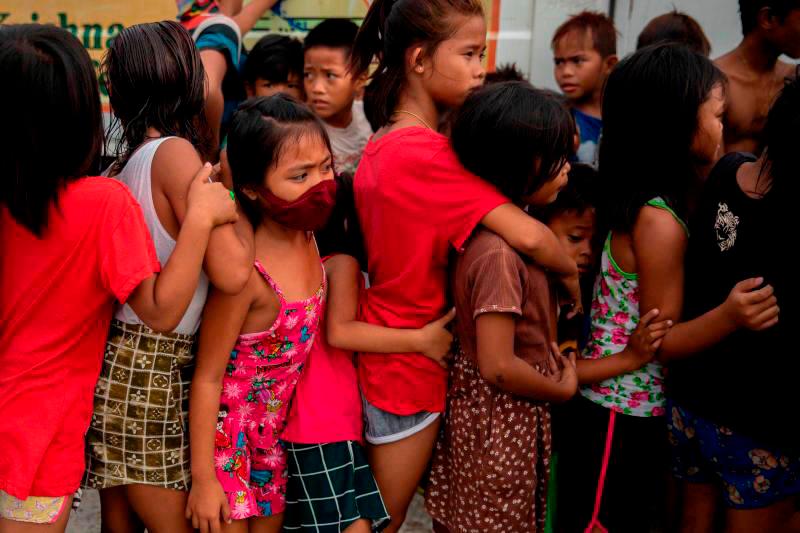 Pix for representational purpose only. REUTERSPIX

ACCORDING to the United Nations International Children’s Emergency Fund (Unicef), child marriage is defined as any formal marriage or informal union involving a party or parties under the age of 18.

This social phenomenon violates children’s rights, depriving them of their childhood and is not conducive to a child’s future physical and mental development.

Nevertheless, child marriage still happens all over the world. Malaysia is no exception.

In 2018, the former ruling coalition Pakatan Harapan (PH) unveiled the National Strategy Plan in Handling the Causes of Child Marriage involving 17 strategies and 58 programmes to be undertaken by 61 agencies to address the six factors found in the issue.

The six factors are:

3. lack of access to education and poor school attendance;

4. stigma and social norms that dictate that underaged marriage is the best solution in the community to address problems;

5. loose laws that provide for marriage under 18 years old; and

Last month, Minister in the Prime Minister’s Department (Religious Affairs) Idris Ahmad reported that 445 teenagers dropped out of school to get married in 2020, including 411 girls and 34 boys.

Moving away from outdated and inconsistent data

With regard to the above data, a spokesman for the All-Women’s Action Society (Awam) pointed out that the official figure was likely under-reported as Unicef Malaysia indicated that school closures and the need for parents to marry their children in order to survive financially during the pandemic might have increased child marriage in the country.

Such speculation is plausible because this is not the first time anyone has questioned the authenticity and reliability of Malaysia’s child marriage-related statistics.

Sisters in Islam and the Asian-Pacific Resource and Research Centre for Women have stated that they faced hurdles when collecting data for the “Child Marriage: Its Relationship with Religion, Culture and Patriarchy” report.

For instance, they were unable to access the latest data, were rejected when requesting data from the relevant government and religious departments, and realised that the available data did not contain vital information (e.g., the child brides’ or grooms’ ethnicity and their place of residence).

On June 18, 2018, she stated that a total of 968 marriages involving non-Muslim children, including boys and girls and adults, were registered in 2017.

However, on the 31st the same month, she then corrected the statement by clarifying that the previous data covered individuals from 12 to 20 years old and that only 212 cases were between the ages of 12 and 17.

The lack of up-to-date, consistent and comprehensive data could hamper efforts to effectively analyse the actual situation on the ground, thus failing to definitively address the issue of child marriage with the view of eventual eradication.

Although the PH government had collapsed, current Women, Family and Community Development Minister Datuk Seri Rina Mohd Harun is committed to continue implementing and supplementing the National Strategy Plan mentioned above to address child marriage in the country.

The critical issue under consideration is that the Department of Statistics Malaysia (DOSM) is the only agency mentioned in the Plan to tackle the data coordination issue, i.e., Factor 6 (as alluded to above).

This might not be sufficient or feasible that the data on child marriage and divorces are compiled by several agencies, including the National Registration Department, Syariah Judicial Department and the respective states.

As a result, the data related to child marriage would be disparate and difficult to harmonise.

Thus, DOSM will need to work with these agencies to deal with data coordination.

A practical method to assist in the data coordination process is blockchain technology.

All the relevant agencies can share and access the data in real-time through blockchain which are to be duplicated in a central depository or database system manned by DOSM, which can then also analyse the information and publicise the results promptly.

Therefore, with the data coordination issue addressed on a more sustainable basis, we move forward towards addressing the issue of child marriage based on the preceding Factors 1 to 5.

Moving on to the marriage laws in Malaysia dedicated to children, the country has a dual-track legal system specifically for Muslims and non-Muslims.

This is because Islamic marriage comes under state matter as provided for under the Federal Constitution, and the federal government has no exclusive and overriding jurisdiction.

In pursuance of the Islamic Family Law Enactment of the respective states, the minimum marriage age for Muslims is 18 for males and 16 for females.

With the sole exception of Selangor, as the state had amended the minimum legal marriage age by raising it to 18 for both men and women in 2018.

Nonetheless, a Syariah Judge can still grant his permission to allow children below this age marry.

As for non-Muslims, Section 10 of the Law Reform (Marriage and Divorce) Act 1976 (LRA) states that the minimum legal marriage age is 18 for men and women.

It is worth mentioning that LRA clearly states that the marriage of non-Muslims under 16 cannot be legalised under any circumstances.

However, the Chief Minister can still grant his consent to a female between the ages of 16 and 18 to be married.

On top of that, there is no minimum legal marriage age for non-Muslim aboriginal/indigenous people under their customary laws.

Therefore, there are many “loopholes” in Malaysian marriage laws that allow child marriages to exist in the country.

Nonetheless, it is difficult to address the issue by only uniformly raising the minimum marriage age.

Currently, five states – Penang, Sabah, Johor, Malacca and Perak, and Federal Territories – are open to amending the legal minimum age like Selangor, but the implementation process is slow-going.

While on the other hand, seven other states – Sarawak, Pahang, Terengganu, Perlis, Negri Sembilan, Kedah and Kelantan – have demurred at such move.

Amending the minimum legal age for marriage in the state constitutions would, therefore, be considered a long-term strategy and drawn-out process entailing multi-stakeholder discussions on what is also deemed as a sensitive topic.

Sensitivities must therefore always be taken into consideration while ensuring that the rights, interests and welfare of the child is always at the forefront.

For the immediate strategy, the critical issue under consideration is the standard operating procedures (SOP) enacted by the Department of Syariah Judiciary Malaysia (JKSM) for Muslims applying for underage marriage as from July 2018.

The SOP contain questions about the purpose of nuptial, family history, financial situation, education, health, and understanding of the nature of marriage.

Also, the groom needs to submit a report by the Welfare Services Department (JKM) and the Royal Malaysian Police if necessary to prove that he has no criminal record.

Although application cases dropped by 787 after three years of implementing the SOP, the number of applicants remains high at 2098 cases – based on data gleaned from Sept 1, 2018, to Oct 21, 2021.

Thus, to effectively filter out the applications, the JKSM should intensify the SOP by adding more requirements.

For instance, both the groom and bride must have the ability to be financially independent.

That is to say, the judge cannot factor in the financial status of their parents.

This requirement is aimed at compelling the candidates to re-evaluate their financial position with the ultimate purpose of discouraging them to apply to be marriage after understanding the monetary implications involved.

Besides that, student reporters from Sin Chew Daily have proposed that both parties must accept a provision of a “marriage cooling-off period” when applying.

This means that underaged children can divorce at any time before reaching adulthood without the consent of the other party or their parents.

This clause is expected to help children escape domestic violence or involuntary/forced sex after marriage and prevent children from marrying impulsively and without having a proper understanding and appreciation for each other’s compatibility.

Furthermore, both parties and their parents must have mandatory pre-marital counselling courses.

One cannot dismiss the fact that parents are usually the ones who pursue child marriage due to economic problems and social prejudice (i.e., thinking it is shameful for a child to become pregnant before marriage).

Thus, the counselling course will serve as a last resort for the parents to change their mindset and give up the thought of child marriage.

It is worth mentioning that the (amended) SOP should also apply to non-Muslims and indigenous people in their respective legal marriage systems to pre-empt child marriages in the country.

Overall, both the state legislative assemblies and the parents are the frontline stakeholders in the cause of preventing future child marriages.

Let us not let children lose their right to a bright and promising future!