Towards a seamless transport system 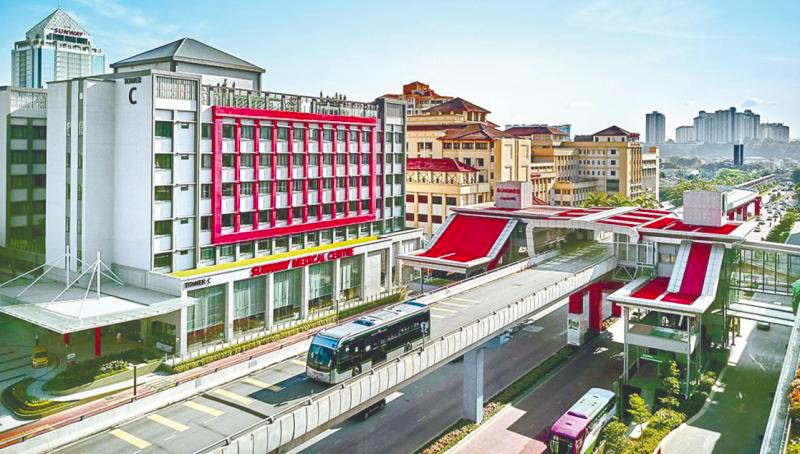 PHASE One of MRT Two (Putrajaya or also known as the Sungai Buloh–Serdang–Putrajaya/SSP Line) is now completed and started operations on June 16 whereas Phase Two – which connects Kampung Batu to Putrajaya – has been tentatively scheduled to open in January 2023. Works on MRT Three has yet to commence.

By 2030, there will be an outer ring rail link or loop/circle line for Kuala Lumpur that intersects with the existing Sungai Buloh-Kajang (SBK) Line (MRT One) and MRT Two. This provides for greater connectivity for commuters and travellers both in Greater Kuala Lumpur, as well as within the capital city.

But the shift in emphasis on public transportation infrastructure should already move from rail to the bus networks. Improved connectivity all around Malaysia – and not just Greater Kuala Lumpur/Klang Valley – should be the main focus of upcoming public transportation projects. In fact, buses do not have limitations. It is we who place limitations on the bus network.

On the other hand, rail has intrinsic constraints, such as the inability to service all/every populated area (high and low) and access remote destinations. This is due to the grid (track) system that prevents/pre-empts network density and accessibility on a cost-effective basis.

Closely related to this, of course, is the flexibility and agility in terms of pick-up and drop-off points, which makes the bus network inherently superior to rail, especially when it comes to first mile-last mile connectivity.

We need a paradigm shift and new vision. One in which the rail and bus network systems are only differentiated by the type of operation – i.e. road and track, respectively, and availability. In other words, we need the rail and bus network systems to “converge” in the other respects such as ease, convenience, comfort and sophistication, thus making both modes of public transportation “partners” or peers in parallel services.

We also need to rethink a Bus Rapid Transit (BRT) network system in which buses deployed along “primary routes” can integrate with buses operationalised for “secondary routes”, for first-mile and last-mile connectivity. Buses on these primary routes would serve as feeder buses, and therefore, be seamless “integrators” for the transfer of commuters and passengers for secondary route buses.

In an EMIR Research article titled “An efficient bus network – critical in breaking the traffic gridlock” (June 10, 2022), we suggested that the previously cancelled Greater Kuala Lumpur/Klang Valley Bus Transformation Plan (BTP) be revitalised and revamped according to the recent public transportation developments. Based on the BTP model, it is envisaged and envisioned that there should be a “central spine” – which is the Federal Highway – for intercity commuting and travel. There would be dedicated bus lanes on both sides.

There is also a need for dedicated lanes, where possible, for secondary routes (although it will not be possible for all roads). EMIR Research would like to recommend several policy measures to improve the bus network system in Malaysia.

Firstly, as stated earlier, there is a need to upgrade the bus network system to be on par with the rail transit infrastructure.

We need to ensure that all bus stops in the city centre throughout the country are upgraded or redeveloped into becoming mini-terminals in their own right. These mini-terminals should be covered with glass, to provide protection (e.g. installation of indoor CCTV, buffer from dust and noise) and comfort (e.g. air-conditioning that is centrally controlled via artificial intelligence/AI) – as well as accessible via automatic sliding doors. They would also have their own hotspots for wifi connectivity, for enhanced convenience.

Inside the mini-terminals, there should be electronic boards containing schedule of routes and bus numbers, alongside real-time information of journey times and estimated time of arrivals.

There should also be a one-stop or single app by Rapid KL, for example, that will enable quick registration for travel passes and access to routes, and other information contained in the electronic boards inside the mini-terminals, except perhaps real-time information, and not least, which serves as a digital or e-pass in its own right (low contact).

Later, selected (i.e. high volume) mini-terminals could be accessible via QR code scanning or placing a smart card, which would include our National Registration Identity Card on the reader.

To ensure additional space and enhance the appeal of the bus network system, the mini-terminals could be multistoried, to allow passengers and commuters to have an “upper” view. Access to the above-the-ground floor of the mini-terminal could be via a mini-bridge that is connected to a sloping pavement, bordering a road or a staircase platform, if directly from the outside. If from the inside, it should be via an escalator.

Bigger space mini-terminals, that are not only multistoried, could have snacks and drinks vending machines, automatic teller machines, automated external defibrillators for emergency use, and toilets, including for people with special needs, etc.

The glass and wall of the mini-terminals can be rented out as advertising space, and also be utilised for public service announcements and messaging, thus earning additional income for local authorities.

We need to ensure there is a mini-terminal in every strategic and major/prime location in the capital city and Greater Kuala Lumpur.

In addition, there should be a mini-terminal at every interval along the “central spine” of the BRT network system, i.e. Federal Highway.

As such, we need to ensure that the mini-terminal along the Federal Highway is connected to a bus stop for secondary routes via a mini-pedestrian bridge.

Secondly, we need to replicate and duplicate the Sunway BRT system – Malaysia’s first – in selected inner-city areas of Greater Kuala Lumpur and beyond, as well as for seamless intercity connectivity in supplementing and complementing the “central spine” of the Federal Highway.

Costing around RM634 million, the 5.4km elevated system circles the Bandar Sunway area. The total cost of establishing the TransMilenio BRT network was approximately US$1.76 billion (RM7.1 billion) for a 114.4km integrated bus network that spans across the whole city.

The budget allocated for the MRT Three project (RM31 billion) could have been used to build four BRT networks with the same quality as the TransMilenio BRT network. Using the cost of the Sunway BRT as reference, there would be 43 elevated BRT networks spanning 232km.

A BRT does not have to be elevated, and the execution should be adjusted/modified according to the spatial context.

Notwithstanding this, ideally, an integrated BRT network should have a mixture of elevated paths and dedicated bus lanes on existing roads, including the construction of median (i.e. middle-of-the road) pathways/corridors.

Certain routes in Kuala Lumpur leading into the city centre like the Western KL Traffic Dispersial System, or Sprint Expressway, and the New Pantai Expressway can potentially have median lanes for buses – in addition to cities like Putrajaya and Cyberjaya.

Whereas, the Damansara–Puchong Expressway, for example, would have dedicated bus lanes, albeit not necessarily uninterrupted, on either the left or right, with certain distance allowance given for non-buses before making the switch.

Where bus lanes are unsuitable, elevated pathways should be constructed, for example, potential cities like Ipoh, Johor Baru and Kuching.

To reiterate, rapid transit for metropolitan (i.e. Greater Kuala Lumpur/Klang Valley) commuting and travel should shift to the BRT network system when the entire MRT network system is in place.

The bus network should be able to make the transition to become the central spine of public transportation, in tandem with the introduction and streamlining of eco-friendly and green initiatives such as using electric power and hydrogen as sources of fuel. This would reduce carbon emissions emanating from roads and expressways, and be in line with our aim to be a carbon neutral nation by 2050.

Having a systematic and integrated BRT network is the key to a highly accessible and connected public transport service for urban Malaysia.