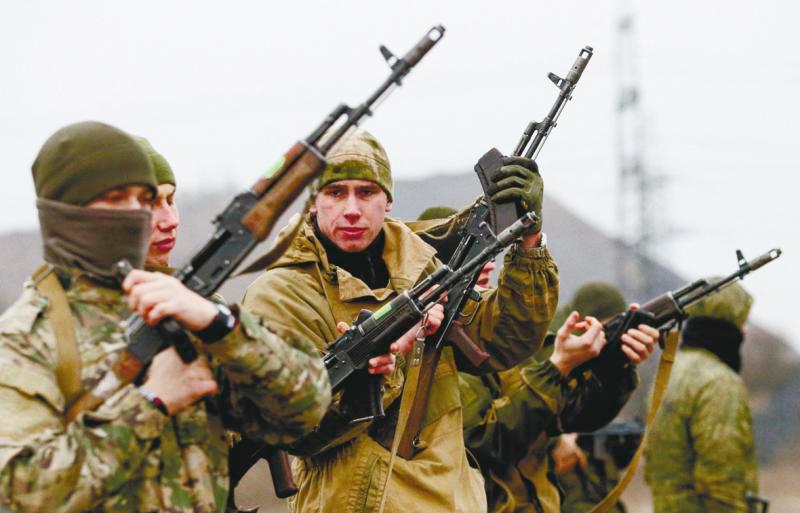 US has committed over US$3 billion in weapons to Ukraine since the war began. – REUTERSPIX

WHO is winning the war in Ukraine, now into its seventh month of what has been described as the darkest hours in Europe since World War II?

Not Russia, which started the invasion in February, and certainly not Ukraine. It is the defence company contractors – otherwise known as the military-industrial complex – who are winning this war, said India’s leading television news channel WION.

The global arms bazaar is controlled by a handful of players. From 2016 to 2020, the US, France, Russia, China, the United Kingdom, Germany exported 80% of the world’s weapons. Barring China, every country on this list is directly involved in the Ukraine conflict.

While Russia is the aggressor, the US, UK, France and Germany are all arming Ukraine, and out of these six countries, five are permanent members of the United Nations Security Council, said WION over its popular Gravitas slot. It reveals the truth behind America’s obsession in helping Ukraine defend itself against the invasion launched by Russian President Vladimir Putin.

One country that maintains a towering presence in the global arms bazaar is the United States. It accounts for 37% of the global exports, and this makes the US the biggest exporter of major weapons.

Why does the US dominate this market? Because it is home to the top five manufacturers in the world. Lockheed Martin, Boeing, Northrop Grumman, Raytheon and General Dynamics. All the five American companies together sold more than US$160 billion (RM737 billion) worth of weapons in 2019, as they say war is good for business.

Weapons of many of these companies including lethal equipment like switchblade drones, armoured tactical vehicles, howitzers, javelin missiles, and thousands of rifles, pistols, machine guns and shot guns are now in the battlefields of Ukraine.

Since the war began, US has committed over US$3 billion in weapons to Ukraine but almost all of it came from existing American government stockpiles.

Although the market has seen some corrections in defence companies’ stock prices but, make no mistake, weapons contractors will emerge as the big winners of this war, added the channel.

It revealed that in April, a classified meeting was held at the Pentagon, where a US department called their largest defence contractors. Eight CEOs attended the meeting, and also present was the US deputy secretary of defence.

What was on the agenda? Three objectives were listed: Delivering critical capabilities to Ukraine, enhancing American preparedness, and supporting Allies and partners. Basically, this was the US government telling these contractors, “we’ll need more weapons”.

The American stockpile is not unlimited after all. It will have to be replenished, and American lawmakers plan to pour big money into this. Feed the military-industrial complex that can churn out more weapons.

Two programmes are expected to finance this procurement. One is the Pentagon’s Ukraine security assistance initiative, the other is the US State Department’s Foreign Military financing programme. They have budgets that run into billions of dollars.

The Pentagon has been given US$3.5 billion to replenish the inventories, that is US$1.75 billion more than what US President Joe Biden asked for.

The US State Department’s programme was boosted with an additional US$150 million, that was recently allocated for the war in Ukraine, but Biden is not satisfied. He has asked Congress for an additional package of US$33 billion as aid for Ukraine, but from this, US$20 billion is to be set aside just for weapons.

It quoted the CEO of Raytheon Greg Hayes, who in January said: “Well before the war in Ukraine began, we are seeing, I would say, opportunities for international sales. The tensions in Eastern Europe, the tensions in the South China Sea, all those things are putting pressure on some of the defence spending over there, so I fully expect we are going to see some benefit from it.”

Three months after that statement, Hayes said he will not apologise for profiteering from the Ukraine war. This is what he told the Harvard Business Review: “So I make no apology for that. I think again, recognising we are there to defend democracy, and the fact is eventually we will see some benefit in the business over time. Well, that is their defence. We are defending democracy they say and making some money while we are at it.”

But WION asked: “Are American weapons transfers really about defending democracy? Who is buying American weapons? Let us look at the deals closed by the Biden administration.”

Barely weeks after Biden’s inauguration as president of the United States, the sales of surface-to-air missiles to Egypt was approved. In the following months, US sold missiles to Chile, F-16 aircraft and missiles to the Philippines, javelins to Thailand, air-to-air missiles to Saudi Arabia; of which none have shining human rights records. But the US is selling billions of dollars worth of weapons to all of them, and American defence contractors are profiting from these deals.

The worst fears of former US president, Dwight Eisenhower, are being realised, the military-industrial complex is enriching itself from the Ukraine war.

“We are not saying Ukraine should not be given weapons. One cannot deny the fact that Ukraine needs help. But does Ukraine really need all these weapons that are being poured into the country? What about America arming autocrats? The exit from Afghanistan was supposed to hold back the American war machine. But, it has just shifted gears and turned towards Ukraine because for defence companies to make money, the war must go on.”

And WION asked the million-dollar question: “Who wants the war to end?”