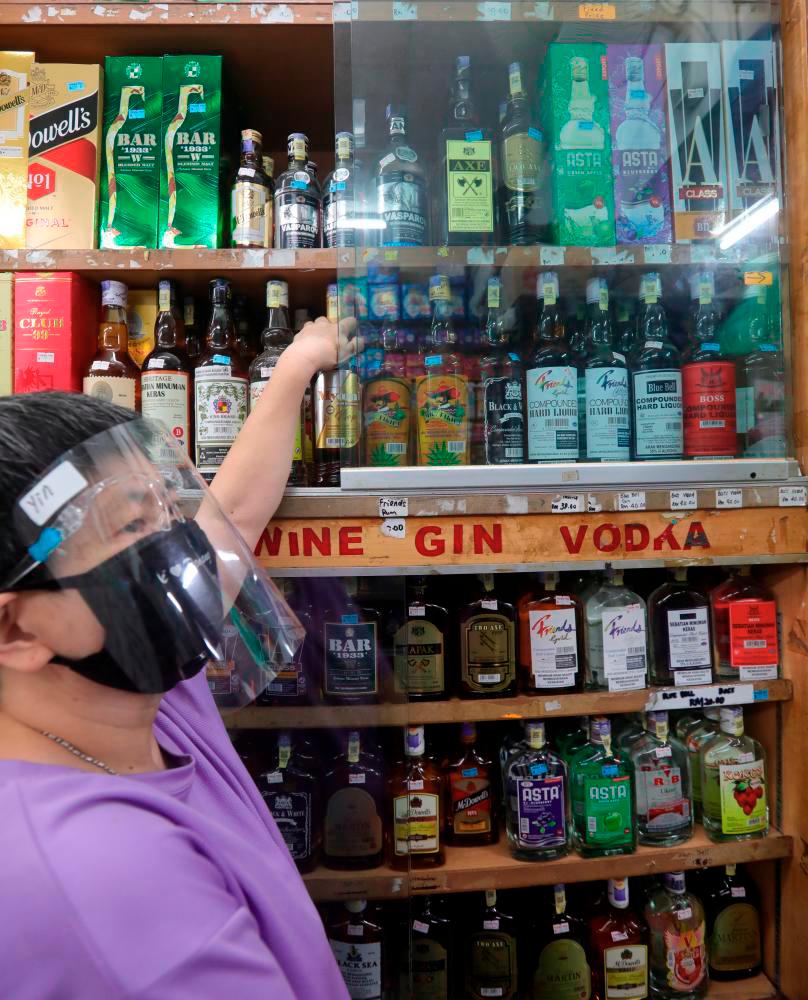 POLITICAL parties are fond of expressing noble desires to forge a grand unity of the people, and yet their actions may run contrary to such demureness.

PAS secretary–general Datuk Seri Takiyuddin Hassan was reported by newspapers in mid-January as saying that in addition to efforts at uniting the ummah, it had also initiated efforts to unite people across various ethnicities and religions to create a peaceful and harmonious atmosphere. But just days before he spoke, a shopping mall incident centered on a PAS lawmaker had stirred up some unease. The party’s MP for Permatang Pauh, Muhammad Fawwaz Muhammad Jan, went to the mall in Seberang Jaya to protest against the open sale and promotion of beer at the central atrium. He explained that the action was taken to protect Muslim sensitivities.

The reaction from non-Muslim political leaders and a cluster of retail organisations was, however, disingenious. Voicing the mantra “rights of non-Muslims”, they vigorously defended the status quo on sale of alcoholic drinks.

No one bothered to question the Permatang Pauh MP why he was only concerned with Muslim sensitivities if the party had the goal of uniting people across various ethnicities and religions. Many other religions also prohibit their adherents from consuming intoxicating drinks.

Five hundred years before the advent of Islam, on the Indian subcontinent, the Buddha had ruled that “you shall drink no maddening drink” because it “dulls the thought” and “the very trifling result of drinking strong drink is madness for a person”.

In the biblical Old Testament’s Book of Proverbs is a verse that says “beer makes you quarrelsome”. The Book of Isaiah pronounces: “Doom to those who get up early and start drinking booze before breakfast, who stay up all hours of the night drinking themselves into a stupor.”

As quoted by one online media house, Muhammad Fawwaz said: “The influence of alcohol that intoxicates people will remove the sense of sanity and self-judgment.” As this prohibition on “alcohol that intoxicates people” is not exclusive to Islam, he should have consulted leaders of other religions and industry researchers so as to build a common platform to discuss the issue. The alcohol topic must never be made a point of difference between Muslims and non-Muslims.

Hence, the jingle “Muslims are non-drinkers, and non-Muslims are drinkers” is wrong. The distinction is always between regular drinkers on one hand and non-drinkers, or those who rarely drink on the other hand.

Before embarking on moral policing, an MP should find out what is new on the liquor scene.

Governments around the world have enacted laws to combat intoxication. Many countries or provinces forbid supermarkets, grocery outlets or sundry shops to sell liquor as there are designated liquor shops licensed solely for this purpose. This limits the public availability of strong drinks.

There are also restricted hours for buying alcoholic drinks or consuming it in any place outside one’s home. It is up to policy-makers in Parliament to decide the approach, no MP should take action on his own.

It is not liquor itself but the alcohol volume that causes the greatest danger. To wean the local industry off high alcohol, throw the hard statistics at recalcitrant players.

In July last year, a female college student in South Korea was raped and killed. She fell into the predator’s trap by allowing herself to get heavily intoxicated.

Three months ago, a woman in Australia told a court that she was raped on a couch by a political aide inside a minister’s office in the parliament building after consuming 11 alcoholic drinks, nine of which were paid by the aide.

Getting a woman intoxicated before raping her is the long-established technique used by sexual predators all over the world.

The generalisation “liquor is sinful” must be avoided. The Buddha was cautious and used the descriptive terms “maddening drink”, “strong drink”, and “intoxicating liquors” instead of the general term “liquor”.

We are far advanced from scriptural times, and modern technology has made it possible to tame liquor by greatly reducing the alcohol volume, while keeping the flavour and cheer.

There are today some 30 brands of beer, wine, whiskey and other types of liquor that have 0.5% down to zero alcohol.

Across 10 major markets, including the US, Australia, Japan, France and Britain, sales of little-to-no-alcohol liquors are soaring, and these safe liquors may eventually nudge high-alcohol liquors off the front shelves.

An alcohol-free beer was first brewed in 1988 and it was a hit in the market until it became a victim of jealousy.

Now there are top brands offering “0.0” variants. Okinawa distillers have slashed the alcohol volume of their famous Awamori liquor by almost 30%.

In Europe, lunchtime drinking is out; mindful drinking is in. An Irish pub in Dublin, TVM, has refused to sell any beer that contains alcohol since its opening in 2019.

Distillers overseas are highly innovative and mindful of the trend away from alcohol that intoxicates.

A liquor interfaith committee needs to be established, and it can seek international support to apply pressure on the local industry.

The interfaith approach should be: Hold your beer promotion or beer festival and feel free to publicise it, but we want you to push the safe varieties with low-to-no alcohol.

A telling indicator of the local industry’s decrepit habits is its failure to promote safe liquors to grocery retailers packaging hampers for Chinese New Year sales.

The industry could have made 0.0 liquor in hampers its outstanding achievement to promote safe and healthy drinking.

It would be one giant hop upwards for the nation as it starts the Rabbit Year – but it did not happen.

The rising popularity of safe liquors overseas is the result of a strong movement towards healthier living, as researchers have discovered that drinking intoxicating liquor (alcohol by volume above 4%), even in moderation, is linked to more than 200 medical conditions and many cancers, especially cancers of the oesophagus, liver, and breast.

The only exception is red wine because of its antioxidants and ability to raise the good HDL cholesterol level, but red wine is unsafe too beyond three or four glasses per week.