Vegetarian society on a mission 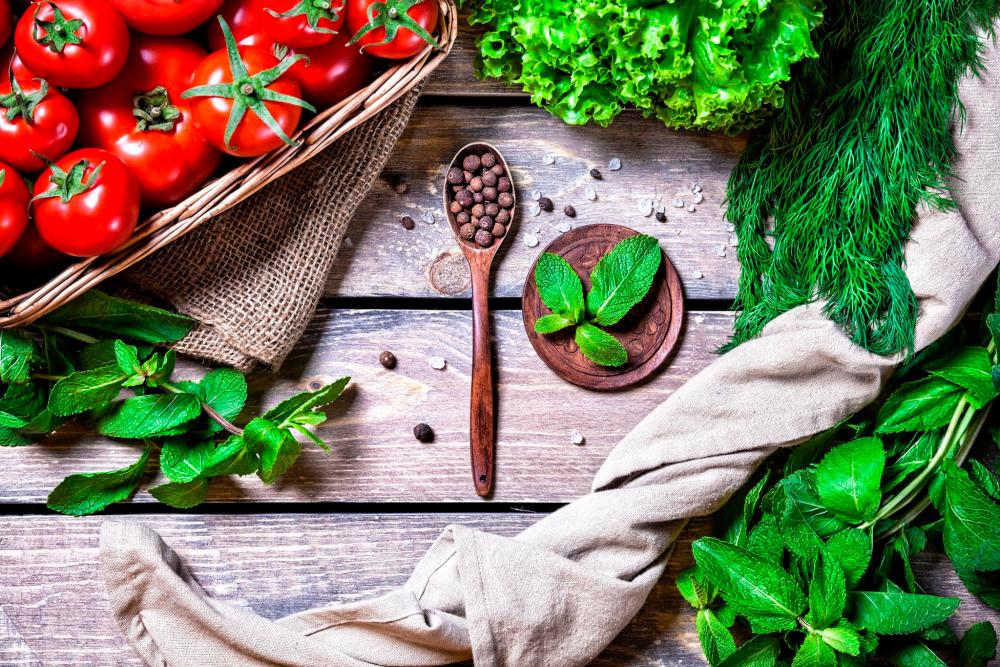 WHEN I told some of my friends that I have become the deputy president of the Malaysian Vegetarian Society (MVS) recently, I was met with a blank and incredulous look. It was as if they did not know such a society existed. Thus, my journey of digging up the history behind MVS commenced.

In 1996, Sona Zakaria came up with the idea of setting up a society for vegetarians. The initial group was about six to seven persons. A constitution was drawn up, and a registration form and handbook Why Vegetarian was produced. The society was formally registered in 1997.

The inauguration of MVS and membership drive at Annalakshmi had an overwhelming response, with over 220 persons attending, and monthly meetings were held at ANZGAM (Australian & New Zealand Graduates Association of Malaysia).

Even though the newly-formed society was still in its early stage, events that were planned were already making an impact in society. To name a few milestones achieved were Family Day celebrations, carnivals, talks, cooking demonstrations and sale of vegetarian food.

When Dr Wong Ang Peng took over the presidency, his vision for the society was about connecting back with nature. The outing and events planned involved nature and that made the society even more unique. After Wong, the presidency baton was passed to the late Dr Happy Tong Chan Wah, the late Ravilochan and Dr Kamalanathan Sappani.

It was in 2006, under the leadership of Kamalanathan, that the society discovered its truest strength and potential – its first official international event, the 3rd Southeast Asian Vegetarian Congress was organised at PWTC in Kuala Lumpur. The event was an overwhelming success, and credit goes to distinguished international speakers like Dr Susianto Tseng from Indonesia, Dr George Jacobs from Singapore and Prof Maitri from Thailand, who presented their insightful papers to the audience.

In 2013, under the flagship of Dr P. Vythilingham, the society organised the 41st International Veg Fest (a.k.a World Vegetarian Congress), held in Titiwangsa, and the 6th Asian Pacific Vegetarian Congress that was held in PWTC, Kuala Lumpur. The conference was attended by over 800 participants from all over the world and more than 1,000 people turned up at the Veg Fest. The international participants who attended the conference were also taken for a breathtaking tour around Penang Island, an initiative to promote local tourism.

MVS continued its pivotal role in creating awareness and promoting healthy eating habits to the public, by offering advisory services to companies and universities on the benefits of a vegetarian diet.

In 2017, under the resilient leadership of Raj Kumar Sheth, the society spearheaded its way to unearth a greater mission under the banner of MVS, while also including the vegan community as a strong pillar of support. During the World Vegan Day 2017 event, MVS rose to the occasion once again, this time joining hands with youths. It was an all-rounded event, with many vegan and vegetarian food stalls serving delectable dishes, and talks given by influential figures, a well as activities organised for families to commemorate the occasion.

Subsequently, MVS achieved a huge milestone when its vision of opening a vegetarian stall at an R&R along a highway became a reality. It was a long arduous journey that eventually bore fruit, with the opening of the first outlet at R&R Rawang under the name Veggie Express. However, the pandemic over the last two years wreaked havoc and the outlet had to be closed down.

Navigating people to get vegetarian food easily was the next big step for MVS, and going digital was one way to achieve that. MVS was the cornerstone for promoting and supporting the “GoVeggie” app, developed by a group of volunteers, to make it easy for people to locate vegetarian food anywhere. The app has become a household name for vegetarians because looking for vegetarian food has never been easy.

MVS has always been an ardent advocator in cultivating a healthy lifestyle for a sustainable future, and believes that one must always possess the right knowledge before imparting it to others. This is one of the reasons several intensive workshops on vegetarian advocacy were held by highly qualified facilitators to prompt people to gain a positive outlook and adapt to their vegan lifestyle in an effortless manner, while acquiring the right skills to be an effective animal/vegan activist.

World Vegan Day, which was held in Publika in November 2018, once again became a flagship event under the strong wings of MVS. This time with a greater turnout, there was lip-smacking food and non-stop fun and entertainment.

The next step was to grow the existing vegetarian/vegan community. Educating and imparting knowledge on conscious and healthy eating to young minds was one way to go about it. That is when MVS started approaching top universities in the country that shared the same values as they did.

Universiti Putra Malaysia (UPM) showed much interest in sharing the vision. MVS and UPM were quick to establish a healthy relationship, which led to MVS delivering a remarkable workshop on “Give Peas a Chance”, with the objective of making students understand the concept of vegetarianism. After a successful workshop with the students, a competition was held. The students were required to put on their innovative hats and let the creative juices flow, to come up with new plant-based recipes. The competition was a hit, with a roaring participation of more than 200 students, each presenting the culinary judges with a one-of-a-kind plant-based dish.

Over the years, MVS has nurtured many partnerships and relationships with organisations, key influencers and prominent figures who have the same values – to embrace a healthier lifestyle by consuming vegetarian and vegan food choices.

MVS was honoured to host Dr Will Tuttle, the author of best-selling book, The World Peace Diet, which is described as the most comprehensive book on vegan living. He delivered several highly-inspiring talks in Kuala Lumpur and Penang about the food we choose, where it comes from, and how it affects us physically, culturally and spiritually.

As the Covid-19 pandemic rolled around in 2020 and 2021, many activities were web-based events reaching out to a diverse group of people in Malaysia. MVS collaborated with various restaurants, non-governmental organisations and suppliers to supply vegetarian food to hospitals, where vegetarian frontliners had difficulty in obtaining food due to the movement control order.

Another interesting development that MVS is proud to be part of is MyVeganuari – a month long promotion of veganism by The Green Spoon, a youth wing under MVS. Veganuary is an annual challenge, run by a UK non-profit organisation that promotes and educates about veganism, which encouraged people to follow a vegan lifestyle for the month of January.

MVS has come a long way, from representing the interest of vegetarians, playing an increasing role of promoting wellness to increasing awareness of climate change, and these conditions can be improved by adopting a plant- based diet. All these would not have been achieved if not for the resilient leadership of Raj Kumar Sheth.

The interaction with the Health Ministry and academia has bode well for the future. This worldwide trend has not gone unnoticed by food businesses around the world and also in Malaysia.

Interest in plant-based foods is increasing exponentially, as proven by the recent Future Foodtech Festival held in Publika, Kuala Lumpur, that was a real eye opener.

Meanwhile, vegetarian groups need to band together to enable MVS to play a greater role in promoting a plant-based lifestyle, while it represents the interests of a growing number of vegetarians and vegans in Malaysia. 3.‘How to murder your husband’ writer convicted of murdering spouse

4.Malaysian halal players should seize business opportunities in the Netherlands

5.Over 280,000 young M’sians have declared bankrupt, most victims from Selangor and KL