Where is MAS headed? 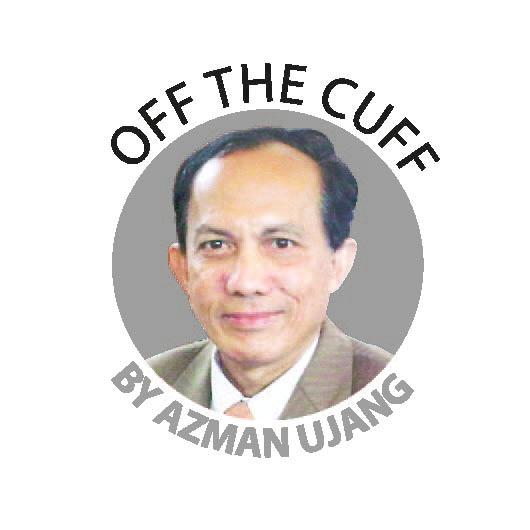 THE hottest issue discussed this week has been the chronic financial status of Malaysia Airlines. MAS has won just about every international award the airline industry has to offer; most recently the Best Airline in Asia Award but ironically it has not only been bleeding revenue-wise but bleeding profusely.

What ails MAS and why is it that after some RM6 billion injected into the airline since it was privatised under Khazanah Nasional Bhd five years ago, there is still no light at the end of the tunnel?

This is the billion dollar question that neither the past nor present management of the national carrier had satisfactorily answered. Or have they chosen to avoid talking about it?

Just how much more Khazanah, our sovereign wealth fund is willing or can afford to pump in to keep the airline afloat or flying is arguably the biggest question buzzing the corporate world in Malaysia.

Khazanah last week reported its first loss since 2005 and no prize for guessing the cause of this pre-tax loss of RM6.3 billion – it’s due largely to an impairment in writing down its investment in MAS.

MAS has grabbed so many headlines over the past five years and sadly, most of these have been for the wrong reasons.

No other airline has had to go through what MAS did during this period with 2014 being its most tragic year following the disappearance of flight MH370 in what is the greatest mystery ever in aviation history as nobody has any clue over what happened.

Four months later, MH17 was shot down over Western Ukraine.

MAS’s turnaround plan put in place by Khazanah has failed amid a gloomy scenario in the aviation industry which is facing overcapacity.

Of course, discussions on what to do with MAS are not new but what is new or news is that for the first time, some prominent aviation analysts are saying that its days as a national airline are numbered.

They even said that closing down the airline is not a far-fetched proposition.

There is no doubt that these analysts are just as nationalistic as any Malaysian but in saying so, they are being realistic.

What they are saying is that if we need to swallow the bitter pill or bite the bullet, we have to put sentiments aside and in the case of MAS, we have more than enough sentimentalists reminiscing about the golden days.

The first hint of the airline’s uncertain future came when Prime Minister Tun Dr Mahathir Mohamad said in Manila last weekend that Khazanah may have to drop some underperforming companies to save it from incurring further losses.

He wants Khazanah to have a comprehensive action plan to revive its position so as not to continue to suffer losses.

“I believe Khazanah owes an explanation to everyone, from the elected representatives to the whole country. Surely, it was due to bad business particularly to the unsatisfactory performance from Malaysia Airlines,” he said.

And on Tuesday, Mahathir reinforced earlier comments when he said that the government would conduct a study on the fate of MAS.

“To me it’s a serious matter to shut down the national airline. We will nevertheless study whether we should shut it down or sell it off or refinance. All these are open for the government to decide,” he told a press conference.

But no less than a former managing director of Khazanah thinks that the government ought to consider closing down the airline given its continued dismal performance.

“Perhaps it’s time for the government to consider closing down MAS. I feel we need to seriously examine whether we still need the airline or not,” he said on Tuesday.

Mohd Sheriff said MAS has had several bailouts but still failed. “It is better we channel our financial resources to the more productive sectors,” he said.

But as expected, MAS veterans like Tan Sri Abdul Aziz Abdul Rahman, a former managing director and chief executive officer during its glory days, would not tolerate any such talk. It’s just sheer taboo to him.

Abdul Aziz said: “Whatever is said and done, we cannot close down MAS. It is intertwined with our identity. Closing it down or letting it go bankrupt is not an option.”

It’s certainly a very tough decision for the government to make when the time comes as to whether to close down MAS or let it continue flying into more turbulence at the expense of taxpayers’ money.

And for Khazanah Nasional, it is surely the government’s call to make.

But what seems certain at this juncture is that Malaysians are not as sentimental in their attachment to equating a national airline with national identity or pride.

Another certainty is that Khazanah cannot perpetually be sugar daddy to MAS.