Whose liability for Pfizer’s vaccine? 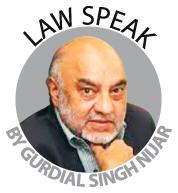 THE world is agog with the exciting news that pharma companies have created vaccines for the Covid-19 virus.

Pfizer, a leading pharmaceutical company, says its vaccine is 95% effective and safe for use. Orders have been flying in for it to the tune of billions of dollars from countries.

In short, there is a promise that the vaccine has passed not just the efficacy but also the safety tests.

All well and good. But a little-noticed fact. Reportedly, Pfizer has required governments to whom it has supplied the vaccine, to indemnify it against any legal action if anything goes wrong to the health of the person inoculated.

The well-known The Independent newspaper reports that the United Kingdom Department of Health and Social Care has confirmed that Pfizer required, and has been given, an indemnity by the government, protecting it from legal action if any ill-effects arise from the dispensation of the vaccine.

What does this mean? What is the effect in law of such an indemnity? Simply, that the country that provides the indemnity becomes primarily and independently liable if anything goes wrong with the uptake of the vaccine.

“An indemnitor’s liability is original and independent”, as ruled by a 2009 Singapore Court of Appeal decision, reflecting typically the law in countries: Pt Jaya Sumpiles Indonesia v Kristle Trading Ltd.

Our Contracts Act says that the company can recover from the government “all damages which it may be compelled to pay”: section 78.

This has quite naturally raised some alarm bells, especially among consumers. Is the company not standing by its product? Why not? Even in our daily purchases of goods – from a hair dryer to a car – a product manufacturer readily provides a warranty for its product.

The Consumers Association of Penang (CAP) has expressed grave concern over the safety and efficacy issues, especially since the vaccines would be administered to high-risk members of the population.

Its president Mohideen Abdul Kader said, “CAP is doubly concerned with the condition that Pfizer imposes on advance purchase agreements such as the one signed with Malaysia – that the company will be indemnified from liability for its vaccine.

“It must be noted that Pfizer has been involved in many lawsuits both by consumers and the US Justice Department involving healthcare fraud, failure to warn of substantial risks in medicines and illegal marketing.

“In any agreement, the integrity of the negotiating parties is of utmost importance, more so in this situation where it can be a matter of life and death. Pfizer’s chequered past does not bode well in the circumstances.

“We want to know if the situation is the same for Malaysia – if the government will assume all liability for any adverse effects of the Pfizer vaccine. We also want to ask if this indemnity is also required by the other vaccine companies in negotiations with the government.”

The US scientific community has expressed concerns over emergency use authorisations (EUAs), including that these could complicate efforts to study long-term effects. Especially, given the short and truncated process for marketing approval of this Covid vaccine. Notably, a vaccine has never been used in civilians under an EUA.

Calling for disclosure of the details of the vaccine purchase agreements between governments and pharmaceutical companies, consumer organisations worldwide lament that while billions are being paid out to buy the vaccines, liability is placed on the governments’ shoulders, which means in effect, that the people will ultimately be the ones to pay again in ringgit and through their lives and health.

Also, where would any dispute between the government and the company be resolved? And under whose law? Reportedly, Argentina had to agree to pharmaceutical companies’ demands that disputes are arbitrated abroad.

Taking this jurisdiction away from our courts may not be desirable, given the potential need to assess any calamity to our populace in the context of our social and cultural circumstances.

There is also a clarion call by developing countries, led by South Africa and India at the World Trade Organisation, to waive implementation of several provisions of the intellectual property agreement called TRIPS Agreement for Covid-19 medical technologies and products for a specified duration.

This, echoes CAP, will provide countries with the policy space needed to collaborate in research and development, manufacturing as well as scaling up and supplying Covid-19 tools. It will also result in greater competition, bringing prices down, making them available to all, as and when their efficacy and safety are placed beyond doubt, of course.

Gurdial is a former law professor who now practises as a lawyer. Comments:letters@thesundaily.com