A family conflict, extortion claims and a witch doctor – What is the Paul Pogba affair? 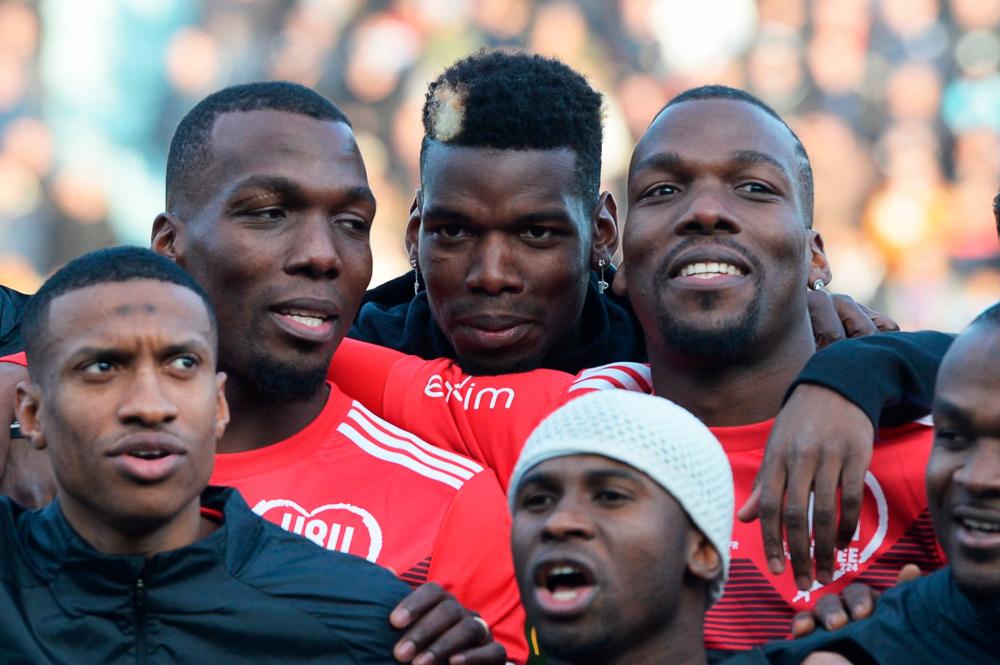 PARIS: A police investigation has been opened after claims by French football star Paul Pogba that he is the victim of a multi-million euro blackmail plot that includes his brother Mathias.

AFP looks into an affair involving a family conflict and a witch doctor, and which comes less than three months before the Juventus star is expected to help France defend their World Cup crown.

Who is Mathias Pogba?

Mathias, 32, is the elder brother of Paul (29) and the twin brother of Florentin. All three are professional footballers. Mathias, who was born in Conakry, the capital of Guinea, has had a journeyman career which has taken him to Italy, the Netherlands, Spain and Slovenia. Much of his career has been spent in the United Kingdom, including spells at Wrexham, Crewe Alexandra and Partick Thistle. Last year he played 12 matches for Belfort in the French fourth tier. Mathias Pogba has also appeared on television in France as a pundit.

Until recently, the Pogba brothers appeared close-knit. Mathias, Florentin and their mother, Yeo Moriba, have regularly been seen attending France matches in which Paul has played. Paul Pogba is also one of the main donors to 48 H POUR, a charity established by Mathias to help provide drinking water and education for children in Guinea.

What has Mathias Pogba said?

On Saturday, Mathias Pogba published a video on Instagram in which he promised “great revelations” about Paul and the Juventus player’s agent, Rafaela Pimenta. In the video, Mathias Pogba says the “whole world, as well as my brother’s fans, and even more so the French team and Juventus, my brother’s team-mates and his sponsors deserve to know certain things”.

“All this is likely to be explosive,“ he concluded without adding any substance to his “revelations”.

How has Paul Pogba responded?

A statement released on Sunday, and signed by Paul Pogba’s lawyers, his mother Yeo Moriba and agent Pimenta, said that the videos published on Saturday night “are unfortunately no surprise”.

“They are in addition to threats and extortion attempts by an organised gang against Paul Pogba,“ read the statement. They added that “competent bodies in Italy and France were informed a month ago”.

France Info radio reported that Paul Pogba told investigators he had been threatened by “childhood friends and two hooded men armed with assault rifles”. They are demanding 13 million euros ($13m) from him for “services provided”, he said, adding that one person close to him had withdrawn 200,000 euros using his credit card.

How far along is the investigation?

Paris prosecutors confirmed to AFP that an investigation was opened on August 3 into allegations of extortion and attempted extortion by an organised gang. According to France Info reports confirmed to AFP by a source with knowledge of the case, Paul Pogba told investigators that he had been threatened by “childhood friends and two hooded men armed with assault rifles” who blamed him for not having helped them financially.

Paul Pogba also told investigators that he had been threatened on several occasions in Manchester, during his time playing for Manchester United, and in Turin, where he currently plays for Juventus. He said he recognised his brother Mathias from among the suspects.

What does Kylian Mbappe have to do with this?

The Paris Saint-Germain striker, and France teammate of Paul Pogba, appears reluctantly in the affair. Paul Pogba told investigators that his blackmailers wanted to discredit him by claiming he asked a witch doctor to cast a spell on Mbappe, which Pogba denies.

In a series of tweets published on Sunday, Mathias Pogba appeals directly to Mbappe, saying: “Kylian, do you understand now? I have nothing against you, what I am saying is for your good, everything is true and known, the witch doctor is known! Sorry for this brother, a so-called Muslim up to his neck in witchcraft.”

How could this affect the France team?

The revelation of the affair is badly-timed for the French national team, coming less than three months before they defend their World Cup crown in Qatar. Paul Pogba is currently sidelined with a knee injury and faces a battle to be fully fit, but he remains a key player in the France team, for whom he has won 91 caps and was influential in the run to glory at the 2018 World Cup.

Like the 2016 blackmail affair involving Karim Benzema, Mathieu Valbuena and a sextape, there is a danger that this affair could negatively impact morale within the squad. It could also impact Paul Pogba’s relationship with Mbappe. Speaking to RMC Sport, French Football Federation president Noel Le Graet said he hoped the affair “does not call into question” Pogba’s place in the team. “At this stage these are just rumours,“ he added. - AFP