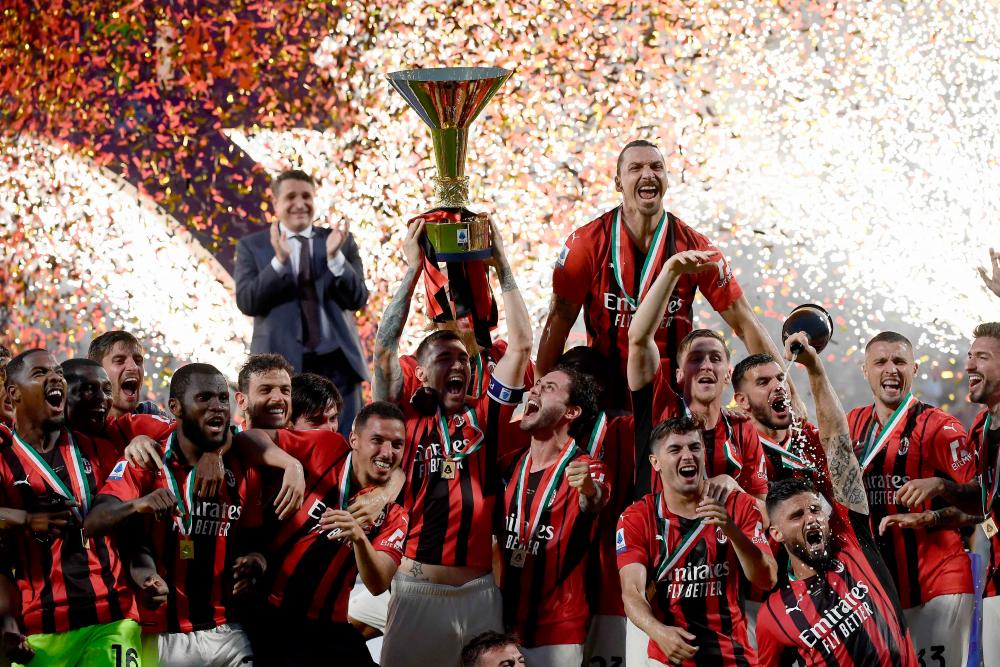 AC Milan won the Serie A title for the first time in 11 years last season but an underwhelming transfer window has cast doubt over their ability to successfully defend their crown.

Stefano Pioli's side won the league on the final day of the 2021-22 season, finishing two points ahead of local rivals Inter Milan with a club-record tally of 86 points.

Winning the Scudetto was the highlight of Milan's season as they finished bottom of their Champions League group and were knocked out of the Italian Cup in the semi-finals by Inter.

In comparison with their rivals, Milan have done little to improve their squad since winning the league, bringing in four players with more going the other way.

The addition of Belgian attacking midfielder Charles De Ketelaere from Club Brugge for a reported fee of 35 million euros ($35.78 million) has been Milan's only major signing during the transfer window, which shuts at the end of September in Italy.

The 21-year-old has just enjoyed his most prolific season to date with 14 goals and eight assists in the Belgian top flight last season.

Milan have also brought in Divock Origi on a free transfer but the former Liverpool forward is unlikely to take French forward Olivier Giroud's place in the pecking order.

Milan's transfer business looks weak in comparison to that of Inter, who signed Romelu Lukaku and Henrikh Mkhitaryan, while Juventus have added Paul Pogba and Angel Di Maria.

Milan have also lost influential midfielder Franck Kessie, who joined Barcelona as a free agent ahead of the new season.

They will not be able to call on Zlatan Ibrahimovic until 2023 after the evergreen striker underwent surgery on his left knee, though the Swede will stay at the Serie A side beyond his 41st birthday after agreeing a one-year contract extension.

Milan's hopes of clinching consecutive Serie A titles for the first time since 1994 could rest on how active they are in the remainder of the transfer window but they can expect another tight race with Inter and Juve in the mix.

Milan begin the new campaign with a home game against Udinese on Saturday. - Reuters