Al-Jufferi, 3 other Malaysians through to silat semis 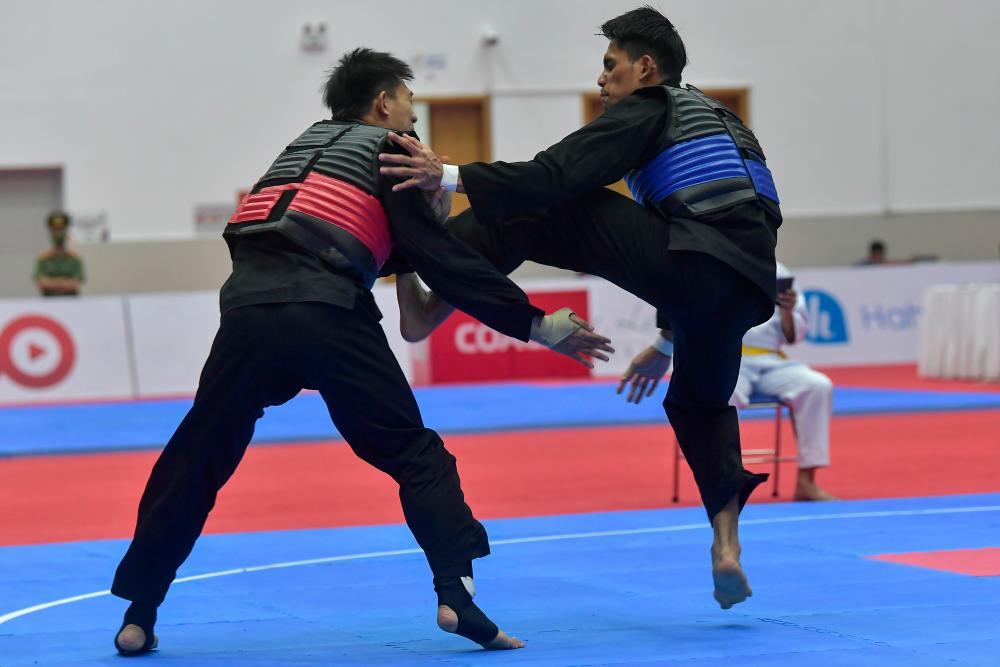 However, Mohd Al-Jufferi, a four-time SEA Games gold medallist who is making his debut in the 70-75kg category, had to overcome fierce resistance until the very end of the bout.

There was added drama when the 30-year-old exponent suffered a right shoulder injury during the second round, keeping the national camp on edge, before he finally carved out a 53-51 victory to reach the semi-finals.

In the quarter-finals, Muhammad Khairi defeated Bo Thamma Vongsa of Laos 68-25, Mohamad Hazim downed Thailand’s Phiraphon Mittahasan 51-49 while Ahmad Atif Irshad advanced with a 5-1 score when his opponent Mark James Lacao was disqualified at the start of their bout.

The jury made the decision after they found the Filipino’s action in punching Ahmad Atif Irshad in the face, thus rendering him unable to continue with the fight, as being against the rules.

Meanwhile, Malaysian coach Mazlan Shaari was satisfied with the performance of his exponents, who seem to be coming to grips with the stipulated new techniques following the full implementation of new rules in silat tanding at the SEA Games this time.

He hoped the national exponents would carry the momentum into the semi-finals on Sunday, adding that the injuries suffered by Mohd Al-Jufferi and Ahmad Atif Irshad were not serious and the two should be able to continue with their mission in Hanoi. — Bernama Covid caused 4,000 to lose their jobs 1.Traders are rationing the purchase of flour in fear of supply disruption