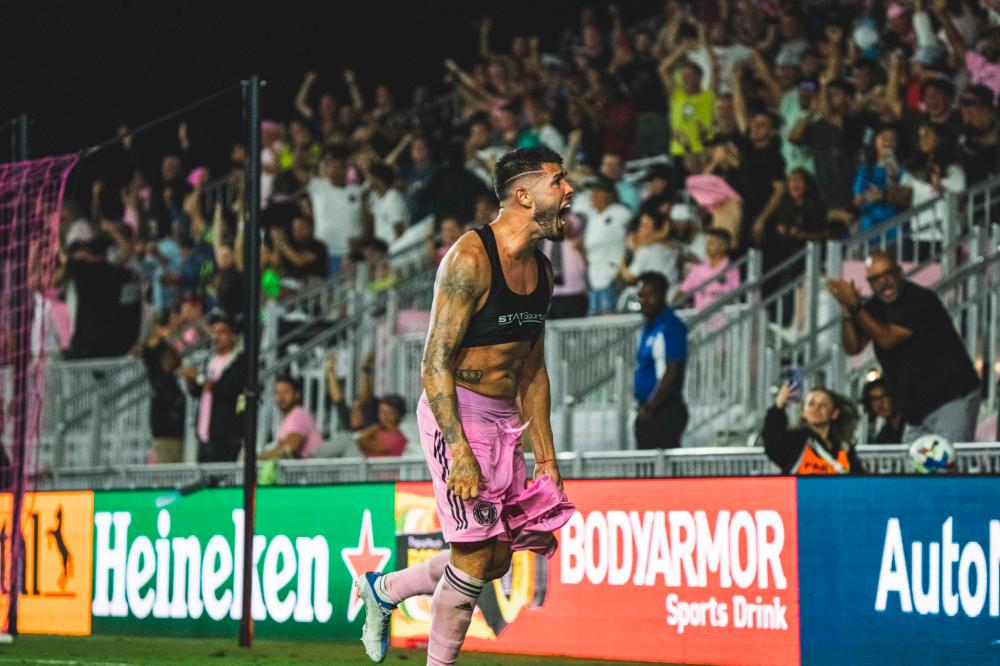 Pozuelo scored the 84th-minute winner after pouncing on a terrible back pass and lashing it past New York City goalkeeper Sean Johnson. Credit: Twitter/@InterMiamiCF

ALEJANDRO Pozuelo's second goal of the night brought Inter Miami all the way back to give them a 3-2 victory over New York City FC Saturday night. It marked the first time New York City (12-6-6, 42 points) did not beat the hosts after posting wins in their first five meetings.

Pozuelo scored the 84th-minute winner after pouncing on a terrible back pass and lashing it past New York City goalkeeper Sean Johnson. After failing to score in his first five games with Inter Miami (9-10-6, 33 points), Pozuelo scored twice to lead his team to the win. Pozuelo continues to terrorize New York, now with nine goals and four assists since entering the league in 2019.

Ariel Lassiter subbed on in the second half and tied the game in the 63rd minute. Gonzalo Higuain flicked a pass into Lassiter, who hit it on the half-volley right by Johnson's leg. It was the 12th goal scored by an Inter Miami substitute this season.

Johnson finished the night with three saves, the same as his Inter Miami counterpart.

New York looked in control after taking a 2-1 lead at the end of the first half. As one minute of added time ticked away, New York City kept harassing the Inter Miami defense whose desperate clearances could not clear the area. Then Gabriel Pereira danced through the defense and found Andrade, whose shot left goalkeeper Drake Callender standing still.

The goal was not without controversy as the goal came two minutes into added time, but the referee was not willing to blow the whistle on the sustained attack.

New York City opened the scoring in the 34th minute after a well-worked free-kick routine fell to him. Maxi Moralez lifted his free kick toward the back post where Maxime Chanot headed it back away from goal. It fell to Talles Magno, who slipped it past Callender and into the goal off the far post for his fifth of the season.

Inter Miami made no delay in pressuring New York City and tied the game only five minutes later. Bryce Duke received a pass and waited for the last second before slipping it between two defenders for Pozuelo. Pozuelo who just missed earlier in the half, made no mistake and curled it just inside the right post past Johnson for his first in an Inter Miami uniform. - Reuters