Allegri fails to revive Juventus, who must start again to instigate change 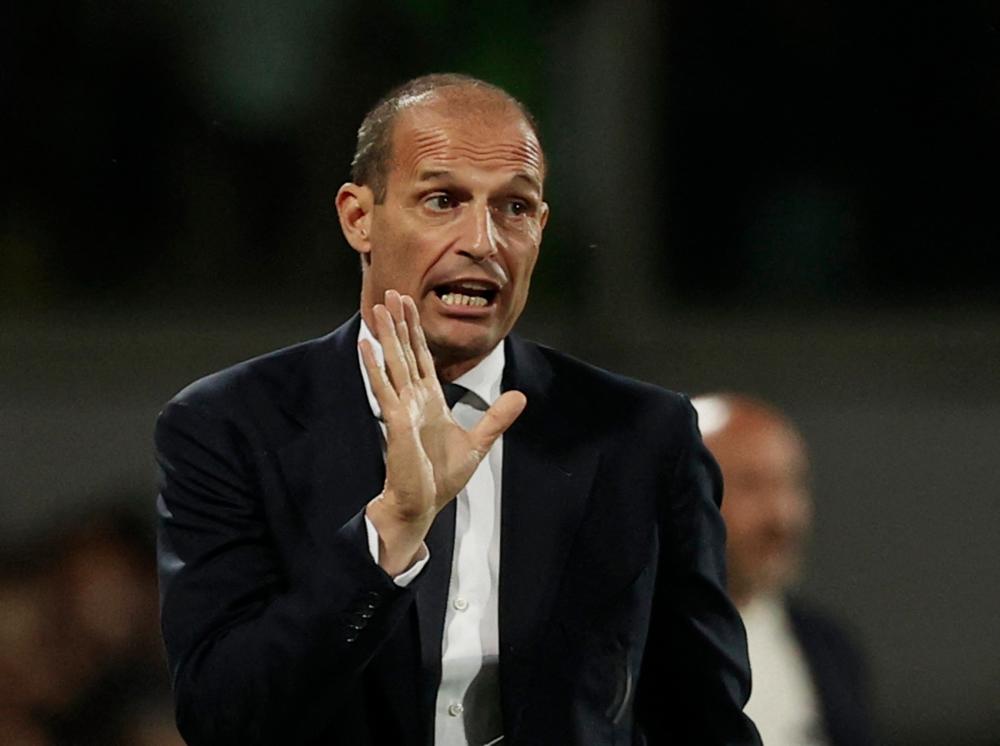 JUVENTUS finished their Serie A season as it started - in disappointment - as Massimiliano Allegri’s return to the club failed to revitalise the faltering Turin side.

As AC Milan fans danced into the night on Sunday to celebrate their first Scudetto in 11 years, Juventus supporters remain in doubt about their team after a second successive fourth-placed finish this term.

Rookie coach Andrea Pirlo was brought in ahead of the 2020-21 campaign to replace Maurizio Sarri, despite Serie A’s most successful side having won a ninth successive title the season before.

A more expansive style was sought under a former player famed for his slick football, but a woeful title defence meant Pirlo lasted just one season in Turin.

As a result of the failed experiment, the club returned to familiar ground, as Allegri, who won five successive league titles with Juve between 2014 and 2019, came back with the intention of steering the side back to the top once again.

Yet, to say it has not gone to plan for Allegri is an understatement. Juve failed to win any of their first four league games for the first time in 61 years to get off to a inauspicious start.

While there were signs of life, Juve never really recovered, slipping out of the Champions League at the last-16 stage for the third season in a row to add to their woes. A 1-0 loss at Fiorentina on Saturday, when Juve did not have a single shot, on or off target, summed up their campaign.

The reason why Juve fans initially struggled to warm to Allegri, despite his plentiful success in his first spell, was his perceived negative tactics and that reared its head again.

Even Allegri’s own players are wary of the coach’s issues. Just last week, Spanish striker Alvaro Morata was spotted having a joke about Allegri’s defensive-minded tactics during a video game session with his Juventus team mates.

Time and again this season, Juventus dominated matches, had the lion’s share of possession, but could not create enough clear-cut chances to capitalise on their periods of domination.

The arrival of big-money signing Dusan Vlahovic in January gave them more of a threat in attack, but not enough to help Juve find the consistency they needed.

With veteran defender Giorgio Chiellini and Argentine striker Paulo Dybala leaving the club, Allegri now has the space in his squad to start again, and is clear what is needed to change things.

“Every day the newspapers give names, but we need to rest tomorrow and then we can start thinking about how to sort the squad out,“ Allegri told Sky Sport Italia.

“There are good foundations to build on. It’s natural that you need a mix of youth and experience, as it’s more difficult to win just with lots of young players.

“The veterans also help the younger players to grow and mature. We need balance when constructing the squad.”

A first trophyless season since 2010-11 is not how Allegri envisaged his return to management turning out.

He will almost certainly get another chance next season but faces a pivotal few months in his attempts to shape his squad into anything like a side capable of keeping up with the Milan clubs once more. — Reuters EWS to be installed in areas at risk of geological disasters: Takiyuddin EWS to be installed in areas at risk of geological disasters: Takiyuddin

4.EWS to be installed in areas at risk of geological disasters: Takiyuddin