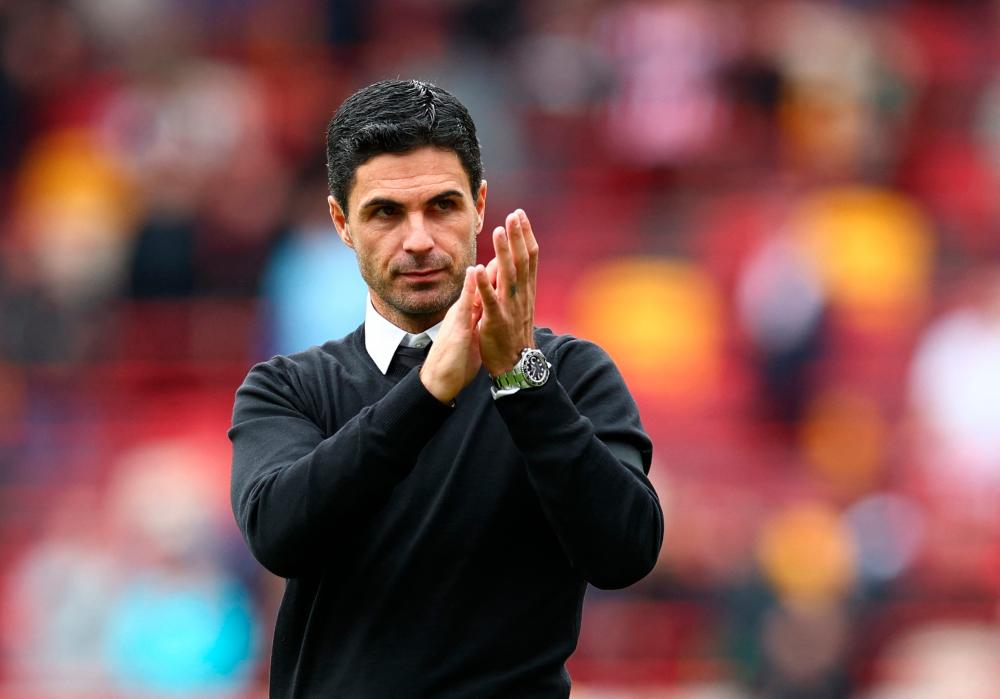 ARSENAL manager Mikel Arteta (pix) said his decision to bring on 15-year-old Ethan Nwaneri against Brentford on Sunday was based on a “pure gut feeling” and that it shows the club are committed to developing and rewarding talent.

Nwaneri became the youngest player in Premier League history on Sunday when he came on as a substitute for Fabio Vieira in the second minute of stoppage time of Arsenal’s 3-0 win.

“It was a pure gut feeling,“ Arteta told reporters.

“In your career all the steps are not going to be forward. After that maybe he needs three backwards to go another forward, but I think he deserved it. It sends a really strong message about who we are as a club as well.

“All the decisions that we take and that I take are for the club. It’s not for me, it’s not for the player, it’s because we believe that he has a talent that has to be developed incredibly in the next two or three years.”

Goals from William Saliba and Gabriel Jesus gave Arteta’s side a 2-0 lead at the break before Vieira completed the win in the 54th minute, as Arsenal returned to the top of the league.

Arteta was full of praise for goalscorer Vieira, who joined from Porto in June.

“He’s a creative player who needs to play with his gut feeling and his instinct. That’s what he needs to do and we need to create as much scenarios as possible for him to put his talent to the service of the team,“ Arteta said.

“But what I like as well is the way he competes. To come here and the way he went about the ugly part of the game, I was really impressed.”-Reuters