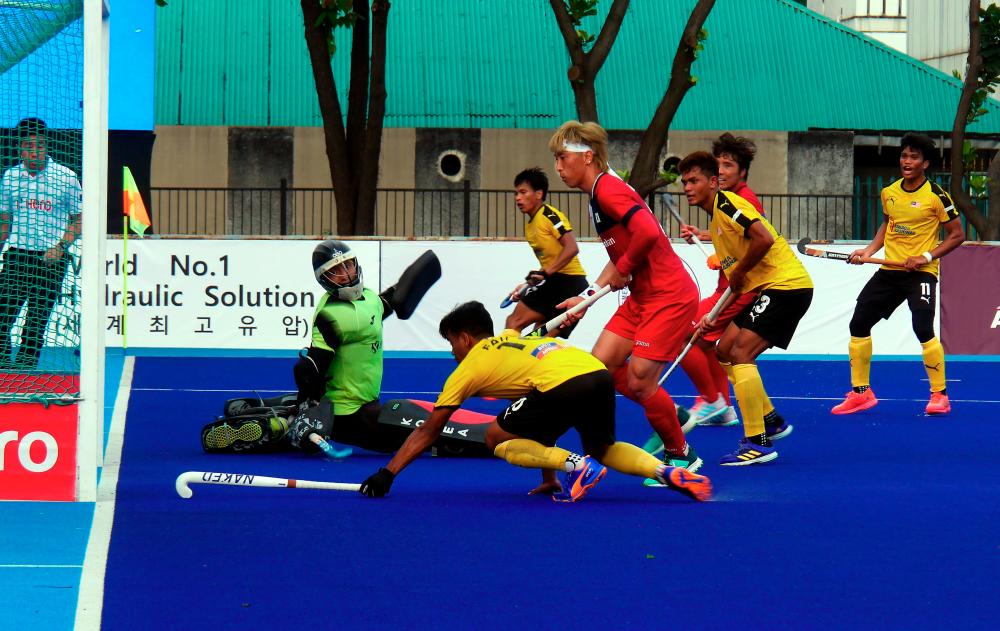 Malaysia will continue their challenge against Bangladesh on Thursday in Group B.

KUALA LUMPUR: The national men’s hockey squad continued their winning streak in Group B of the 2022 Asia Cup in Jakarta after edging South Korea 5-4 in a hard-fought match today.

In the action at the Gelora Bung Karno Hockey Stadium, the national squad pushed hard before breaking the deadlock through a field goal by Norsyafiq Sumantri in the 11th minute.

The Speedy Tigers then doubled their lead through Muhammad Razie Abd Rahim’s penalty corner in the 17th minute.

South Korea, however, closed the gap through Yang Jihun’s penalty corner in the 25th minute.

In the third quarter of the match, Mohamad Ashran Hamsani extended Malaysia’s lead with a fourth goal in the 32nd minute through a penalty corner before Jang Jonghyun replied with a goal two minutes later.

South Korea kept the pressure and it paid after Kim Sungyhun scored a field goal in the 40th minute.

In the last quarter of the match, Muhammad Razie made it 5-3 through another a penalty corner in the 52nd minute.

The South Koreans, however, refused to throw the towel and managed to score another goal through Jihun’s penalty corner, but Malaysia defended well to see the match out.

Malaysia will continue their challenge against Bangladesh on Thursday in Group B. - Bernama