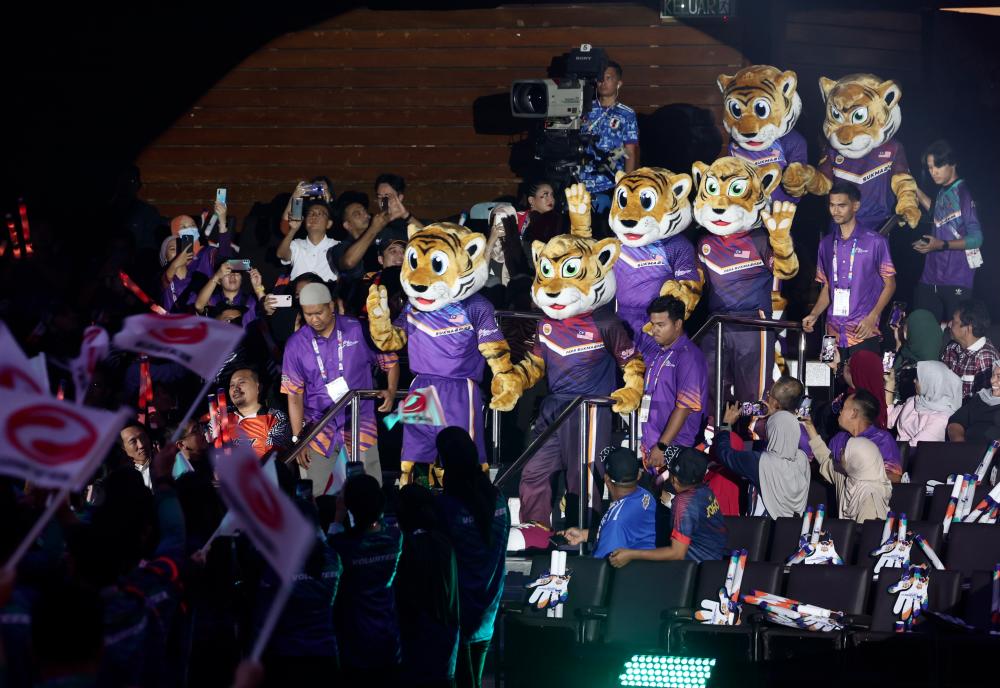 BANGI: The 20th Malaysia Games (Sukma) officially drew to a close in a very lively ceremony marking the end of the biennial sports event with the Johor contingent crowned overall champions.

Johor created a sensation when it won its inaugural title by bringing home 77 gold, 52 silver and 43 bronze, surpassing 14 other contingents including defending champions, Terengganu (64 gold, 49 silver and 56 bronze) in the second place and the Federal Territories (55 gold), 68 silver and 64 bronze) in third place.

At Dewan Canselor Tun Abdul Razak (DECTAR), Universiti Kebangsaan Malaysia (UKM) tonight, the closing ceremony began with the arrival of the Sukma mascot, Oyen, followed by the parade of 15 competing state contingents, including Brunei as an invited contingent.

The games, which officially started on Sept 16, saw a total of 426 events contested, namely 223 men’s events, 184 women’s events and 19 mixed events, the most contested at the biennial event so far.

While speaking at the closing ceremony, Ahmad Faizal hoped that the organisation of Sukma in the future would involve more events that were not contested at this edition of the Games.

“This is important not only to uplift the spirits of the athletes but also to dignify the sports events. So let’s pray for more events to be contested at the upcoming Sukma,“ he said.

The ceremony was made special with the appearance of three national legendary athletes, Datuk Mohd Azizulhasni Awang, Datuk Lee Chong Wei and Datuk Nicol Ann David who presented trophies to the best male and female athletes and the overall champion of Sukma.

The ceremony then continued with a singing performance. - Bernama