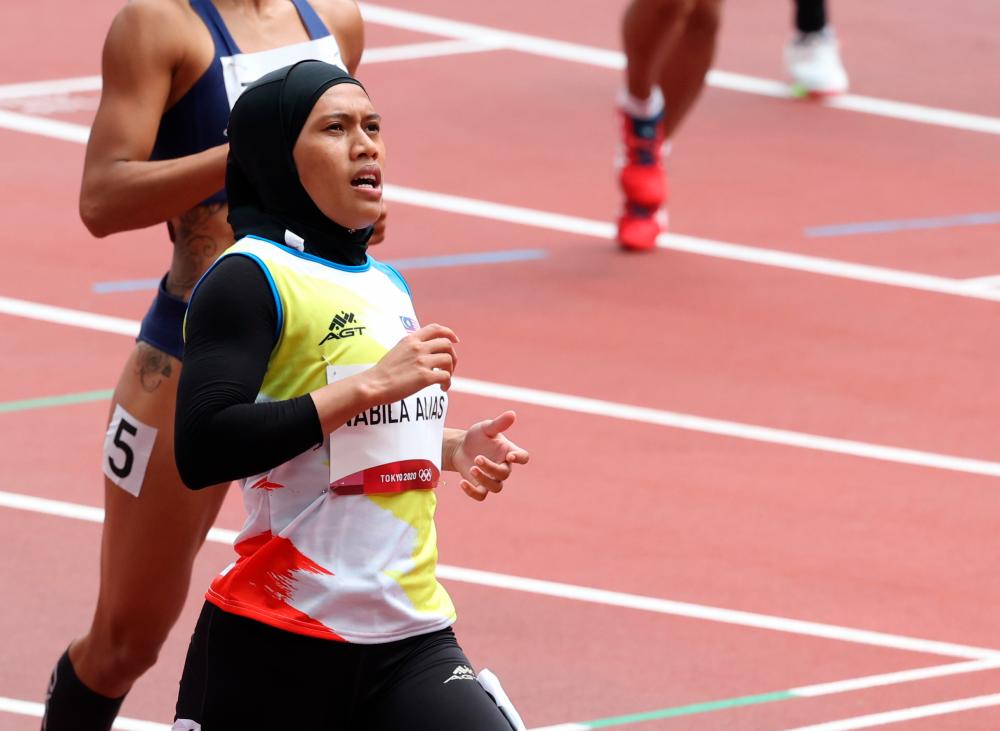 TOKYO: “My aim is to continue to improve my personal best. I’ll take it slowly, starting with (going for) 11.6 seconds (s) next year, InsyaAllah.”

That was the reaction of national speedster Azreen Nabila Alias(pix) after the end of the first round of the women’s 100-metre (m) race at the 2020 Tokyo Olympics here today.

The 21-year-old said she would use the experience and lessons gained from competing at the world’s biggest multi-sports Games to improve her performance.

In today’s Heat 6 of the first round at the Tokyo Olympic Stadium here, Azreen Nabila clocked 11.91s to be placed seventh and thus failed to qualify for the semi-finals.

Earlier this morning, Azreen Nabila produced a spirited display to advance to the first round of the 100m race after finishing second in the qualifiers.

What is more impressive is that the Kuala Terengganu speedster, who is making her Olympic debut, also improved her personal best after clocking 11.77 seconds (s) in Heat Two of the qualifiers.

The 21-year-old, who earned a wildcard spot to compete in the Tokyo Olympics, had a previous best of 11.91s, which she set at the 2018 Malaysia Games (Sukma) in Perak.

“I am very pleased with my performance today because I managed to clock a personal best although in the second race (first round), I could only manage 11.91s.

“I was initially nervous because I was up against sprinters who are faster than me. But I am proud to be able to compete against them at this prestigious meet. I only focused on my own run and I did not think about the others,” she said.

Azreen Nabila also said that she has set herself a target of qualifying for the 2024 Paris Olympics.

“So, I must work harder and improve my performance in some of the major meets next year, like the Commonwealth Games, Asian Games and SEA Games,” she said. -Bernama

4.Gere belongs in cinema, not as migrant witness: ex-Italian minister