Barcelona have squad to fight for the title, says Roberto 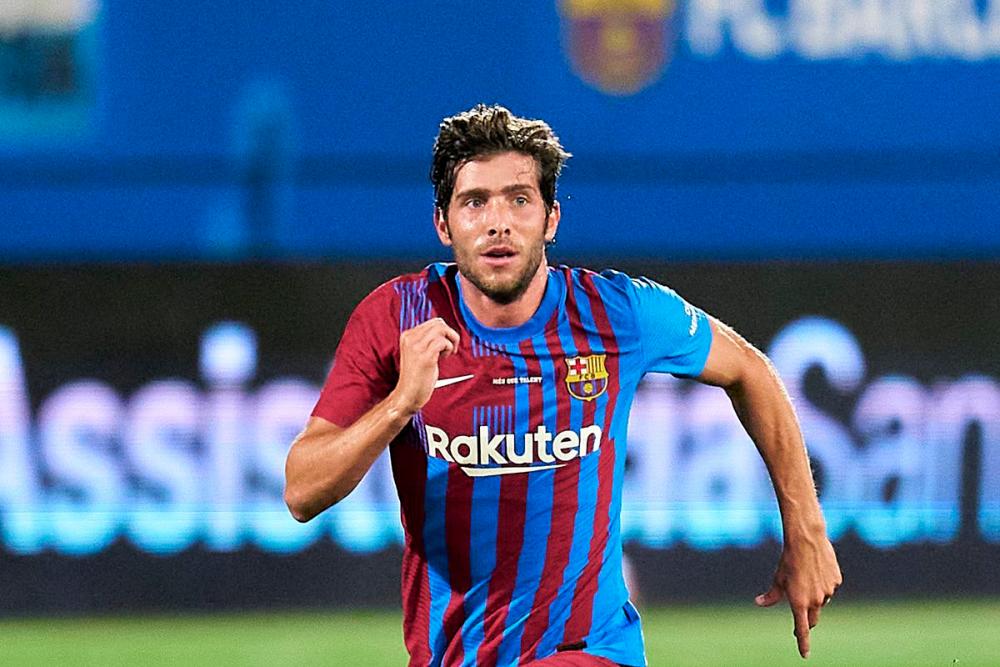 CADIZ: Barcelona midfielder Sergi Roberto (pix) issued a rallying cry to his team mates following another stuttering display as they were held 0-0 at Cadiz in LaLiga on Thursday.

Roberto’s comments come defender Gerard Pique and coach Ronald Koeman’s recent suggestions that Barca do not have the squad to compete with the likes of Real or Atletico Madrid domestically, let alone in Europe.

“Here we have to try and win LaLiga. This notion of it’s ok to finish in the top four doesn’t work for me,” Roberto said.

“We need to fight for the league. The squad is very good, and we have some injuries but that’s not an excuse.

“We’ve got a squad who can fight for the LaLiga title and I don’t think other sides have better squads than us.”

Barca were once again underwhelming as they drew their second consecutive league game against lowly opposition.

“We need to get into gear and start winning,” Roberto said.

“We’ve had a couple of not good results and we all need to push harder. We’re a way off (league leaders Real Madrid) now and while the league season is long, if you get left behind it's very difficult.”

Pique backed up Roberto’s opinion and clarified his previous comments.

“When I said ‘it is what it is’, it’s because we’ve got four absentees up top,” he said.

“I also said we’d end up competing. I’m not wearing the Barca shirt to come second or third. I’m here to win titles and I’m absolutely convinced despite the start we’ve made we’ll compete. We need the fans to stay with us.”

The result left Barca seventh in the standings on nine points, seven behind Real Madrid with one game in hand. – Reuters

2.No guarantee what happened after Sabah polls will not repeat in Malacca, says Wan Junaidi

3.My remarks taken out of context, says Sports Minister