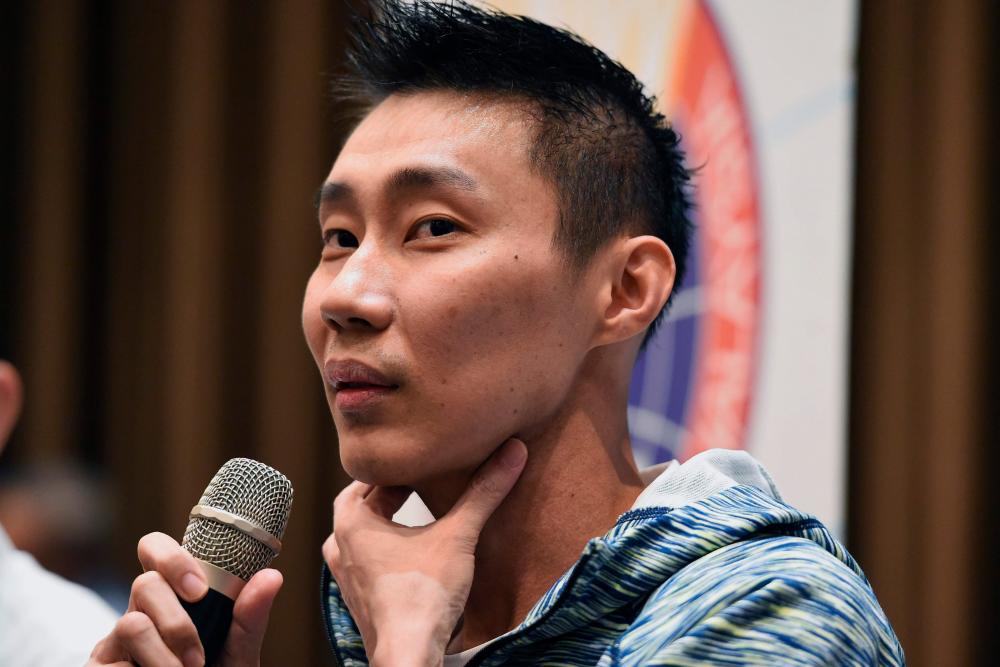 “I see our (men’s) squad have a high chance to be champions but they must qualify for the semi-finals first to build up confidence,” he told Bernama when contacted today. AFPPIX

KUALA LUMPUR: The absence of several world top stars would definitely give a high chance for the national men’s squad to capture their maiden title at the Badminton Asia Team Championships 2022, next week, according to national badminton legend, Datuk Lee Chong Wei.

He opined that the men’s squad, who emerged as runner-up in the 2020 edition, must make “hay while the sun shines” to taste glory in the tournament, which will take place at Setia City Convention Centre, Shah Alam from Feb 15-20.

“I see our (men’s) squad have a high chance to be champions but they must qualify for the semi-finals first to build up confidence,” he told Bernama when contacted today.

The top two teams from each group for both the men and women’s categories will advance to the semi-finals and, thus, automatically qualify for the 2022 Thomas Cup and Uber Cup Finals to be held in Bangkok, Thailand.

In the meantime, Chong Wei said that he is looking forward to see the performance of promising young shuttlers in the tournament such as Ng Tze Yong, Syed Modi India International 2022 men’s doubles champions Man Wei Chong-Tee Kai Wun, as well as Aidil Sholeh Ali Sadikin and reminded them to prove their mettle when they step on the court very soon.

Commenting on the women’s squad’s challenge, the three-time Olympic silver medallist hoped that they will give their best to qualify for the Uber Cup despite knowing that they do not stand a good chance to emerge as the champions.

“Not easy for the girls to win but I do hope they will push themselves and give the very best for Malaysia,” he added.

Yesterday’s draw saw the men’s squad drawn in Group B with Japan, Singapore and Kazakhstan and thus able to avoid three-time champions Indonesia (2016, 2018 2020), India, South Korea and Hong Kong, who have been pitted in Group A.

With teams like China, Thailand and Taiwan not competing in this edition, the tournament format has been modified and there will be no quarter-finals. - Bernama