Beasley is more than a coach to me - Azizulhasni 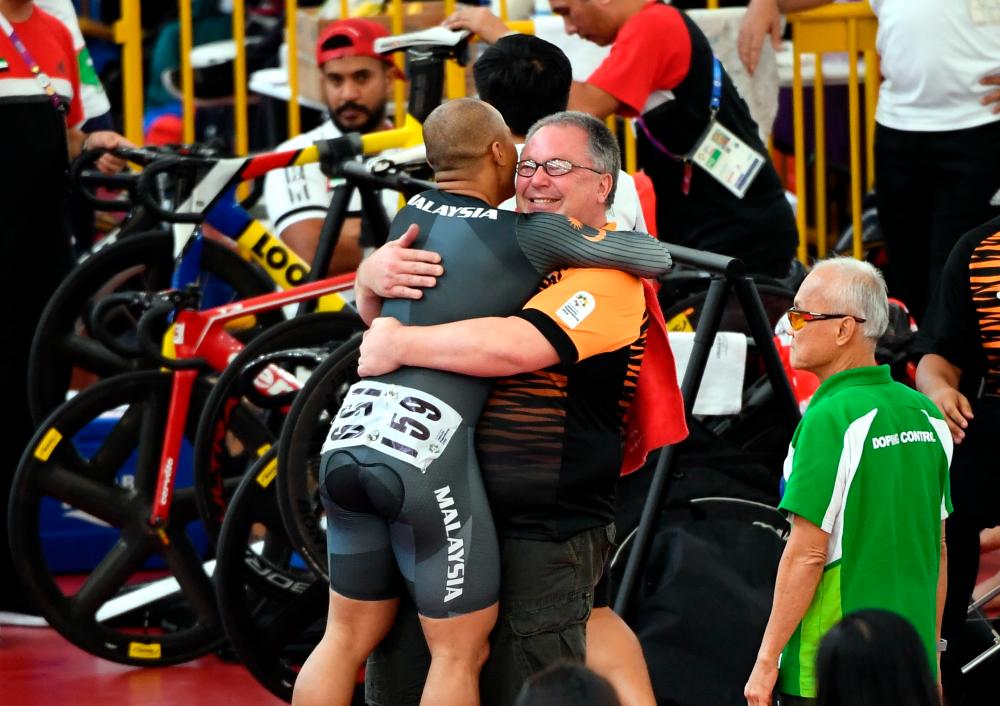 KUALA LUMPUR: National cycling champion Datuk Mohd Azizulhasni Awang expressed his thanks to his coach, John Beasley and his team who have always worked hard to help him win the silver medal in the men’s keirin event at the 2020 Tokyo Olympic Games last Sunday.

The 33-year-old from Dungun, Terengganu said Beasley played an important role in his successes all this while and has sacrificed a lot for him.

“Thank you, Beasley and also to your wife, Vicky Beasley. Although you’re an Aussie, your heart is with Malaysia. Outsiders may not know his sacrifices for me and for the sport of cycling in our country.

“I remember in my youth, when we were on flights together, Beasley would always give me his inflight meal and tell me he wasn’t hungry. I was naive and believed him, but the truth was he wanted me to put on weight and have enough to eat.

“He is very well-respected in the international cycling arena and always highly sought after by other countries but he remained loyal to Malaysia. Beasley is not only a coach to me, but much more than that,” he posted on Facebook today.

Mohd Azizulhasni, who is undergoing mandatory quarantine at a hotel after returning home from Japan yesterday, also thanked his team, Team Azizul that stuck with him through thick and thin.

The 2017 keirin world champion also did not forget his teammates Muhammad Shah Firdaus Sahrom, Muhammad Fadhil Mohd Zonis and Anis Amira Rosidi who went through all sorts of challenges together.

“We always push each other during training while helping each other outside of training to reach our peak. Iron sharpens iron, and for someone to become good, we need to surround ourselves with good people and we need to compete with each other in a positive manner.

“To shape a great legacy, we need to help bring up the people around us and we must really not have the mentality of bringing others down and have the attitude that ‘I am the best in the world’. I hope all three names I mentioned will be together with me in Paris 2024, three years from now,” he said.-Bernama

2.The world at a crossroads

4.Leaky Liverpool may have to learn how to defend differently, says Klopp