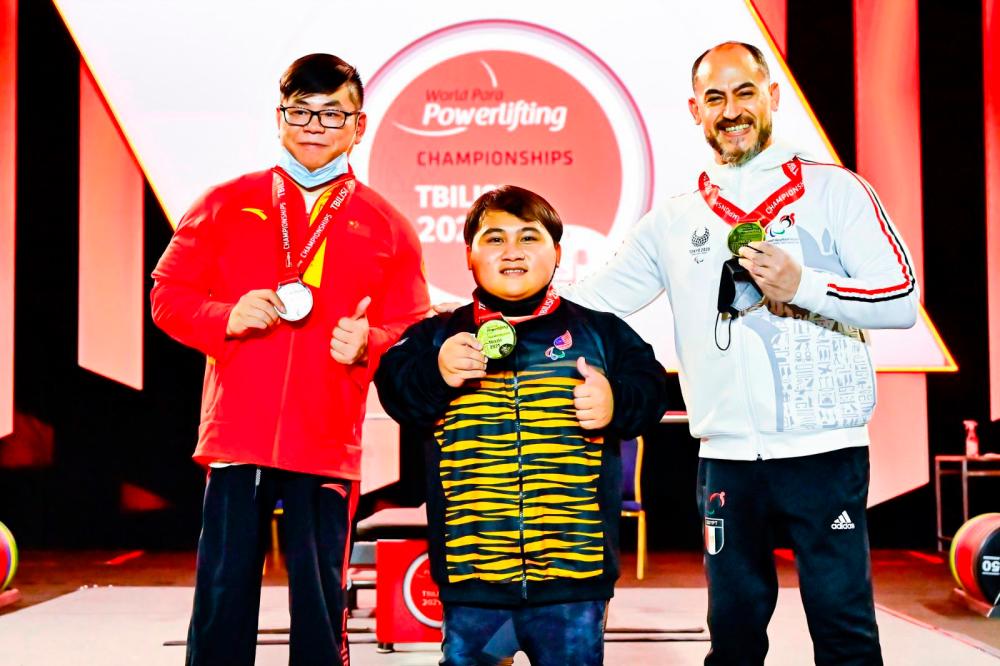 The 22-year-old Sarawakian was dominant in the men’s 72kg category right from the beginning, after successfully lifting 200kgs in the first attempt, before securing the world crown with a 210kg lift in the biennial tournament.

Though the lift was lighter than his world record of 230kg set at the 2021 World Cup in June, Bonnie Bunyau still can be proud to have surpassed his World Championship mark, after winning the 2019 title with a 207kg lift in the 65kg category.

Bonnie Bunyau clinched the Tokyo 2020 Paralympics gold with a record-breaking feat of 228kg lift in August this year.

“I was extremely happy with the win in Tokyo and this is my second gold at the World Championships. The only setback is that I could not better my world record this time around,” he said via Twitter in an interview with the International Federation of Paralympic Powerlifting.