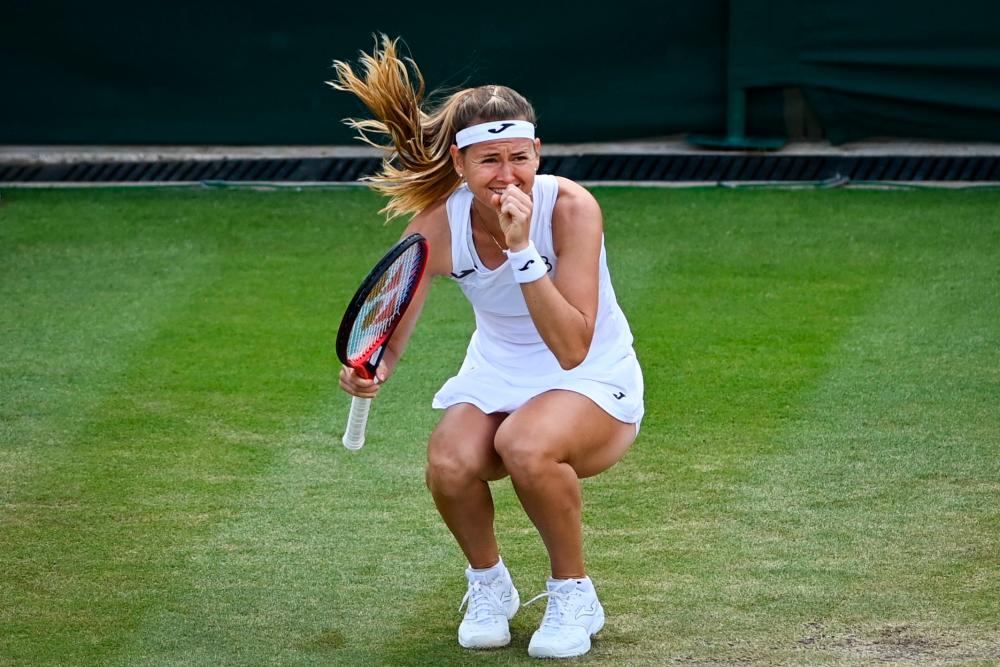 Czech Republic’s Marie Bouzkova celebrates after winning against France’s Caroline Garcia at the end of their round of 16 women’s singles tennis match on the seventh day of the 2022 Wimbledon Championships at The All England Tennis Club in Wimbledon, southwest London, on July 3, 2022. AFPPIX

LONDON: Marie Bouzkova reached her first Grand Slam quarter-final at Wimbledon on Sunday when she breezed past Caroline Garcia of France in straight sets.

The 23-year-old Czech won 7-5, 6-2 against the big-serving Garcia whose challenge was undermined by her 25 unforced errors to her opponent's four.

“I don’t know how I got here,“ said the world number 66 Bouzkova who had never previously got past the second round of a Slam.

“Now we will celebrate with strawberries and cream. It’s one of our 100 routines at Wimbledon.”

Bouzkova will face either world number two Ons Jabeur of Tunisia or Elise Mertens of Belgium for a place in the semi-finals. - AFP 3.Gunman who tried to breach FBI office killed in standoff