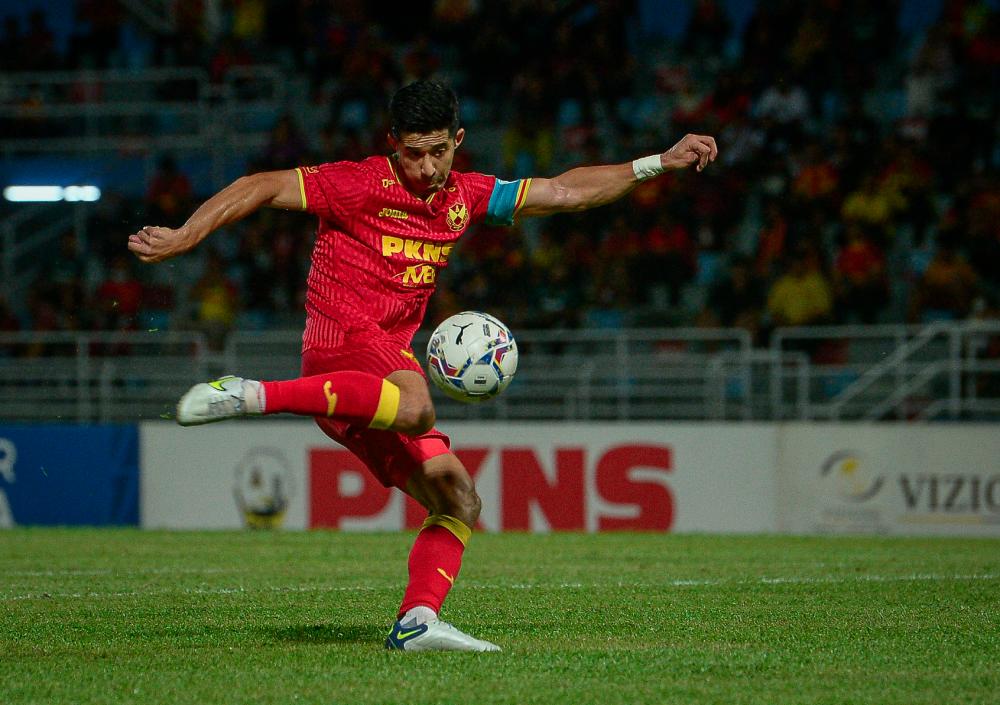 KUALA LUMPUR: Selangor FC captain Brendan Gan, who has just rejoined the squad after taking a one-year break for cancer treatment, led his team to a 7-0 thrashing of Sarawak United in the Super League tonight.

The 34-year-old sparked the goal rush at the Petaling Jaya City Council Stadium by thundering a shot into the net off a pass from Quentin Cheng in the seventh minute.

Tonight’s clash was Brendan’s first league match after he was diagnosed with testicular cancer in July last year.

His goal inspired the Red Giants to go on a rampage, with Brazilian import Hyuri Henrique doubling their lead in the 23rd minute when he headed in Mukhairi Ajmal Mahadi’s corner kick.

The home team asserted their dominance when another Brazilian import, Herlison Caion, converted a cross from Hein Htet Aung in the 45th minute to deepen the misery of Sarawak United, who are in the relegation zone.

In the second half, coach Michael Feichtenbeiner replaced Brendan with Muhamad Syahir Bashah, as they went searching for their third win in six matches this season.

Selangor FC continued the goal feast when Nor Hakim Hassan netted the fourth in a one-on-one with goalkeeper Sharbinee Allawee in the 51st minute.

Caoin then notched his hattrick by scoring two more goals, in the 74th and 88th minutes.

The win enabled Selangor to jump from eighth to sixth in the standings with 11 points, while Sarawak United are in 11th spot out of 12 teams, with just seven points after 10 matches. — Bernama