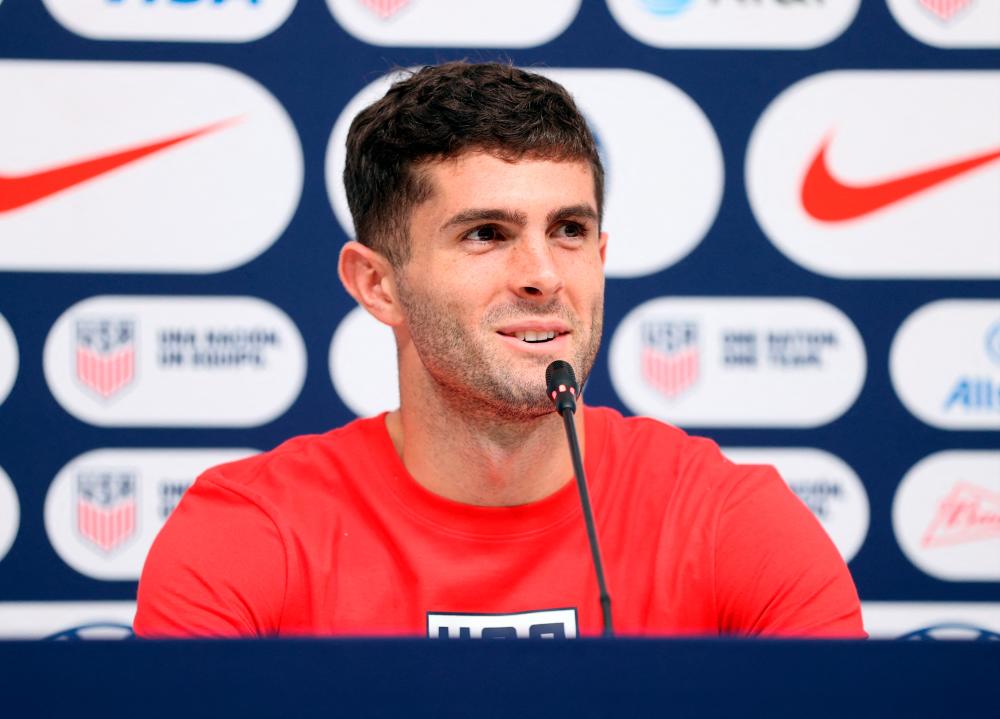 DOHA: Christian Pulisic says the World Cup is a chance to change global perceptions of American soccer as the United States return to the tournament after an eight-year absence.

Five years ago, a teenage Pulisic was left in tears as the USA's hopes of qualifying for the 2018 finals in Russia were dashed by a catastrophic away defeat to Trinidad and Tobago.

That devastating loss led to a sweeping overhaul of the US men's team, with a new crop of technically gifted young players navigating their way through a challenging CONCACAF qualifying campaign.

Chelsea forward Pulisic has been in the forefront of the US renaissance, embracing his “Captain America” status as the Americans prepare for Group B battles with Wales, England and Iran.

Speaking to reporters at the team's training base in Doha on Wednesday, Pulisic said a successful World Cup campaign would change the way US soccer is seen across the globe.

“That’s what we’re here to do,“ Pulisic told AFP. “Maybe it hasn’t been the top sport or whatever back in the States.

“But we want to change the way that the world sees American soccer. That’s one of our goals.

“We haven’t been at the level of some of these world powerhouses in recent decades. But we’ve had good teams with a lot of heart in us.

“I think we can take it to the next step with a successful World Cup. That will change a lot of things.”

Pulisic agreed that the trauma in Trinidad five years ago had been the catalyst for change in the US national team.

“That first year after not qualifying, the new guys they brought in and the opportunity that so many new players received, changed a lot and the way the team was functioning,“ he said.

Although still only 24, Pulisic is something of a grizzled veteran in the US ranks, a talismanic presence who invariably lifts those around him whenever he dons the US shirt.

It is a responsibility he is relishing as the USA's opening game against Wales next Monday looms ever closer.

“I don’t see it as a burden at all,“ Pulisic said. “This is the pinnacle of a lot of people’s careers, playing in a World Cup, representing their country and that’s what I’m here to do.

“I’ve played in some big games, I’ve accomplished a lot, I’ve done a lot of things I wanted to do. But the World Cup is something on top of all of that. It’s something I’ve always wanted.

“When I was a kid in Pennsylvania growing up, five to 10 years old it’s all I thought about - playing on a US team in a World Cup. Thats just been a dream of mine my whole life.” - AFP