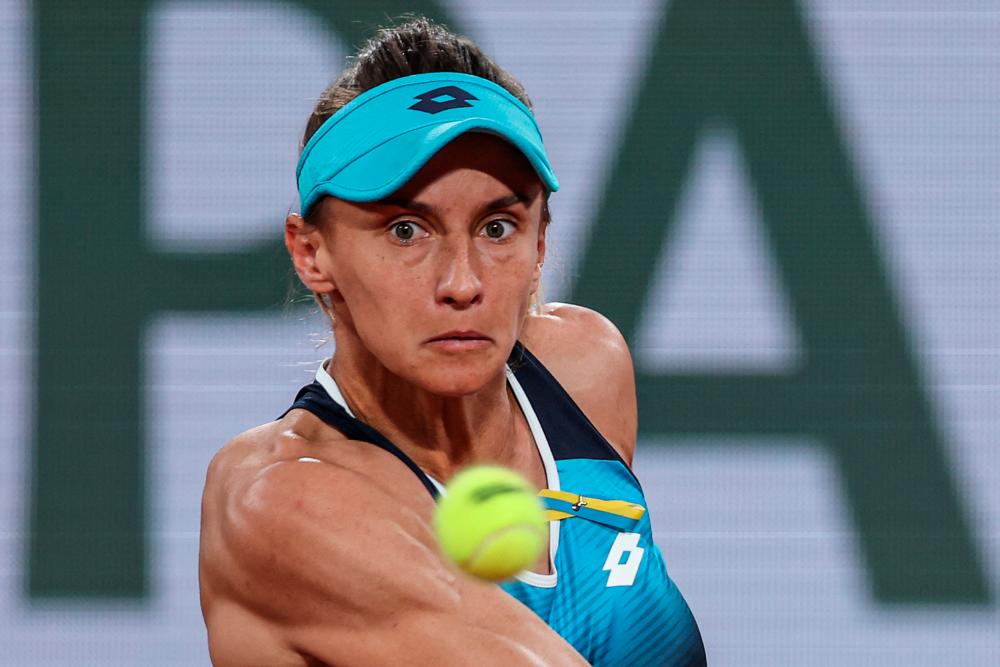 PARIS: Ukraine’s Lesia Tsurenko(pix) on Monday pleaded with her fellow professionals “to care and understand” and claimed that only “four or five players” had asked about the three-month war being waged in her country.

“I don’t get much words said about the support of my country and it’s just tough to be with people who look like they don’t understand,“ said 32-year-old Tsurenko in an emotional news conference.

“I’m Ukrainian, and there’s a war in my country and it’s tough. I think maybe four or five players spoke to me.”

At the moment, Russian and Belarusians are allowed to keep competing at events, including at the ongoing French Open, although they are barred from playing under their national flags.

However, Wimbledon has taken the controversial decision to ban them from this summer’s tournament following the invasion of Ukraine.

In response, the ATP and WTA, who run the professional tours, have removed ranking points from the event, widely regarded as the sport’s most prestigious tennis tournament.

“I think when it’s not in your country you don’t really understand how terrible it is,“ said Tsurenko.

“Of course there are people that are not involved so much, they don’t see all the news that I see, all the pictures, all the videos. I really feel that I hate what Russian propaganda is saying about Ukraine in general. I really hate it.

“I feel a lot of anger because there is a lot of lies about my country and it hurts me a lot. I want the whole world to see that Ukraine is a beautiful country with beautiful people.

“I don’t know if I can ask players to care more, but I would like to see that from the players, from the WTA, from ATP, I would like top players just to support more and to show more understanding of what is really going on.”

Now ranked at 119, Tsurenko was defeated in straight sets in the first round at the French Open on Monday by top-seeded Iga Swiatek.

Both players wore ribbons in the colours of the Ukraine flag on their shirt.

For Tsurenko, a former top-25 player, results on the court can, by her own admission, appear meaningless.

“I don’t feel that I care too much. I’m trying to find this balance between just go on court and don’t care versus try to care,“ she said.

“In some cases it helps. I don’t really put pressure on myself, I just go and play. But in some ways I just feel like I win or lose, whatever. It doesn’t matter really.”

Currently, Tsurenko is based in Italy rather than her home city of Kyiv although she says that when Russia launched its invasion in February, she toyed with abandoning tennis to “go to Ukraine and try to help there in some way”.

She backs the Wimbledon decision to ban Russia and Belarusian players from the All England Club but opposes the stripping of ranking points.

“We see a lot of sports, they banned Russian players and in tennis it’s only one tournament. I honestly think that this is not a very big price for them to pay or to accept.

“They feel like they are losing their job but I think compared to that, losing a chance to play in one tournament is nothing.”-AFP