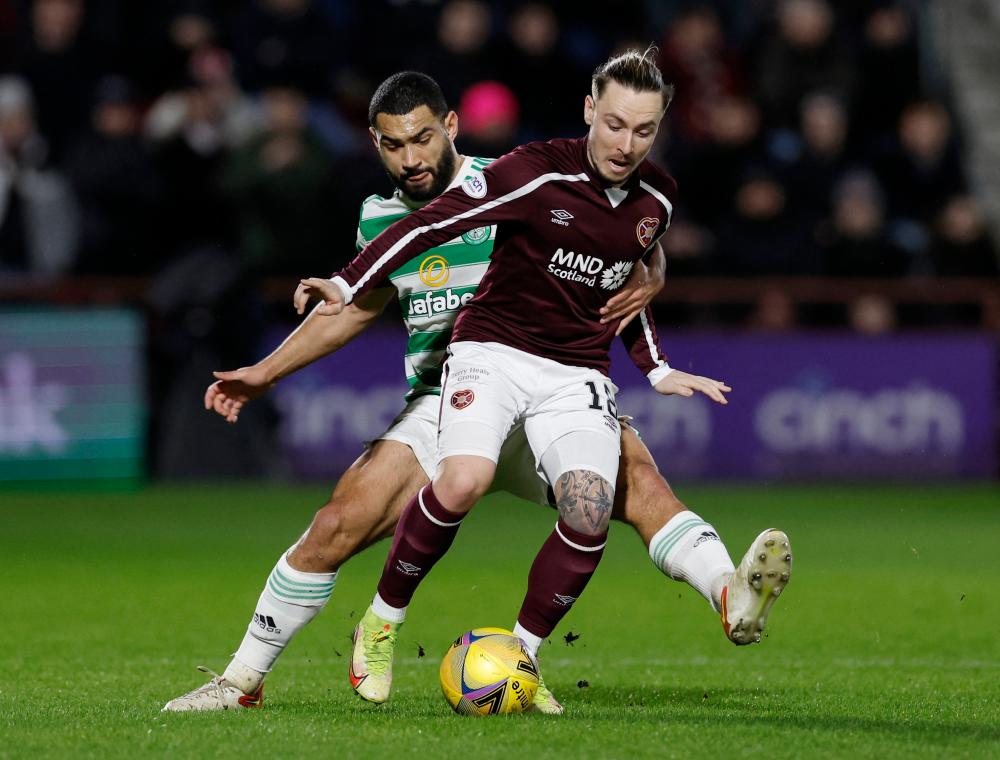 GLASGOW: Celtic survived a second-half onslaught to beat Hearts 2-1 and remain four points behind Rangers at the top of the Scottish Premiership ahead of next week's Old Firm clash.

Rangers were also victorious on Wednesday as they laboured to a 1-0 home win over Livingston.

Celtic were dominant in the first half at Tynecastle as Reo Hatate's long-range strike to net his first goal for the club and Giorgos Giakoumakis' inventive finish put the visitors 2-0 up at the break.

The Hoops were without a number of key players due to injury and international duty and it showed as they tired in the second period.

Liam Boyce pulled a goal back just after the hour mark and third-placed Hearts looked set for at least a point when Matt O'Riley handled inside the area on his Celtic debut.

Boyce sent Joe Hart the wrong way from the penalty spot, but the ball came back off the inside of the post and behind for a goal kick.

Ange Postecoglou's men were camped in their own half in the closing stages but held out for a vital three points in their quest to chase down Rangers at the top of the table.

There are still three meetings between the sides to come this season, the first of which is at Celtic Park next Wednesday.

Rangers looked like they might drop points for the second consecutive league game for long spells at Ibrox.

However, Scott Arfield came off the bench to score the only goal of the game 15 minutes from time with an exquisite lob over Max Stryjek into the far corner.

At the bottom of the table, St Johnstone snapped a 10-game losing streak, but remain two points behind Dundee after a 0-0 draw at Dens Park.

Motherwell retain a two-point cushion over Hibs in the battle for fourth after they drew 0-0 at Fir Park. - AFP