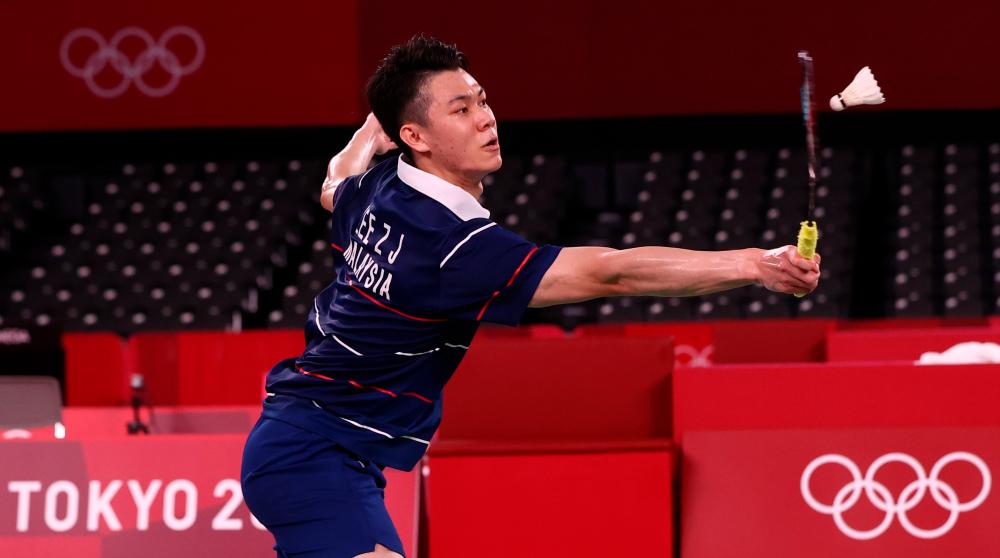 Lee Zii Jia of Malaysia in action during the match against Chen Long of China. REUTERSPIX

Zii Jia, who is making his Olympic debut at the Tokyo Games, can take heart from a stunning first-game performance despite missing out on making the quarter-finals.

Despite injuring his right hand while leading 2-1 in the first game, reigning All England champion Zii Jia, 23, was in imperious form as he bamboozled the 32-year-old Chinese star for a big win.

However, the vastly experienced Chen Long, whose last competitive match was over 18 months ago when he lost 12-21, 18-21 to Zii Jia in the quarter-finals of the 2020 All England, cranked up the pressure to lead for the most part of the second game before winning narrowly 21-19.

In the decider, two-time world champion Chen Long showed the mark of a true champion as he dominated the proceedings to cruise to a 21-5 win after 70 minutes and go 3-2 up in his head-to-head record against Zii Jia.