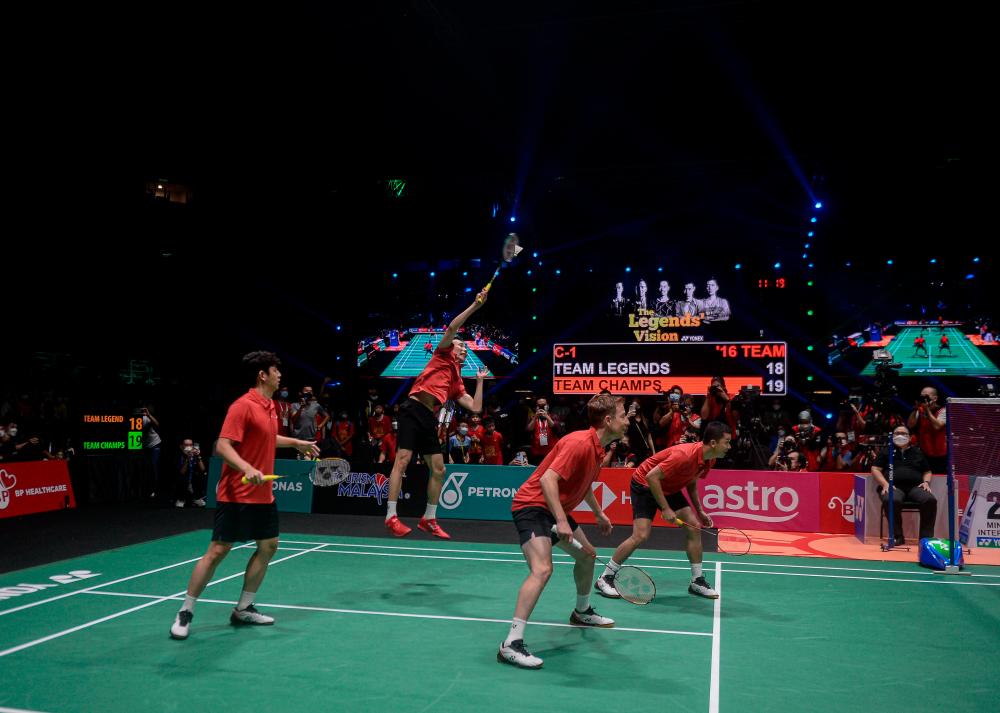 Chong Wei, 39, who retired in June 2019 after suffering from nasal cancer, said the token gesture could inspire Tze Yong, who is ranked 48th in the world, to continue the national legacy he left behind.

He had handed over one of his favorite racquets to Tze Yong during the ‘Yonex Legend Vision’ session before the semi-finals of the Petronas Malaysian Open 2022 at Axiata Arena.

Chong Wei, a three-time Olympic silver medallist, also hopes that the 22-year-old will be able to overcome the pressure on his shoulders when he appears in the 2022 Birmingham Commonwealth Games as the country’s top men’s singles.

“The pressure is definitely there, how he is going to reduce the pressure, I think he knows (how) because now he is the first singles for Badminton Association of Malaysia (BAM). It will not be easy for him, I hope he can handle this pressure and become successful one day,“ he said when met by reporters.

Commenting on Tze Yong’s current performance, which was a lukewarm debut before being eliminated as early as the first round of the Malaysian Open to the world 27th ranked Lu Guang Zu of China 16-21, 23-21, 18-21, Chong Wei said fitness is among the key aspects that the young player needed to improve.

“He has potential, but he knows where his level is now. He played in the first game for an hour and 30 minutes and was already suffering from leg cramps.

“I know what he lacks and what his status is, everyone knows his fitness level is low. It was just the first round, (and even) if he wins there are four more rounds until the final, his journey is not easy, I hope he will fight for himself and for what he wants,” said Chong Wei who has won the the Malaysian Open a record 12 times.

Meanwhile, he advised young players to reduce their use of social media and focus on their training and badminton career.

“This is what I saw, there are boys today who (after finishing training), even before a drink of water picks up the phone first, selfie and write on social media. Most importantly is to focus on training, that thing (fame) will automatically come looking for you.

“I understand this era is different compared to the time I played, I did not see it at that time. Players must be careful with the use of social media because if people (netizens) comment positively, you may be happy, (but what) if negative comments can disrupt your concentration, (however) it depends on the players as well,” he said.

Recalling his playing days at the Malaysian Open, Chong Wei admitted he missed the atmosphere of strutting in front of his own fans, while he also thanked supporters involved in the journey of his career.

Earlier, Chong Wei along with badminton legends such as Taufik Hidayat (Indonesia), Peter Gade (Denmark) and Lee Yong Dae (South Korea) played in an exhibition match before the semi-finals in front of more than 10,000 fans.