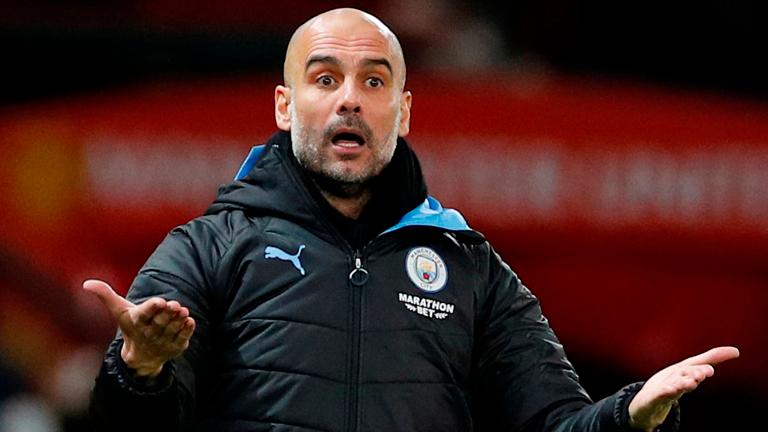 MANCHESTER: A Manchester City fans’ group has reacted angrily to Pep Guardiola’s (pix) plea for bigger attendances at the Etihad, telling the City manager to concentrate on coaching.

Guardiola was frustrated by the turnout for City’s 6-3 win over RB Leipzig on Wednesday to begin their Champions League campaign.

A crowd of 38,062 saw the nine-goal thriller, well down on the over 50,000 that have attended City's opening two Premier League games.

“I would like more people to come to the next game on Saturday,” Guardiola told BT Sport.

City’s poor attendances and flat atmosphere for Champions League home games are often used as a stick to beat the club with by rival fans.

However, Kevin Parker, the general secretary of City’s official supporters’ club, said Guardiola had to be more appreciative of the time and money supporters spend.

“He doesn’t understand the difficulties that some people might have getting to a game at the Etihad on a Wednesday evening at 8pm,” Parker said.

“They’ve got kids to think of, they might not be able to afford it, there are still some Covid issues about. I don’t see why he comments on it.

“He’s absolutely the best coach in the world but, in the nicest possible way, I think maybe he should stick to that.”

Parker added that Guardiola’s comments will only add fuel to the fire of opposition fans mocking City’s support.

“People refer to the Etihad as the ‘Emptyhad’. It’s a little bit of fun by the opposition supporters but there’s no justification for it. It’s not factual. Our attendances are generally excellent.” – AFP