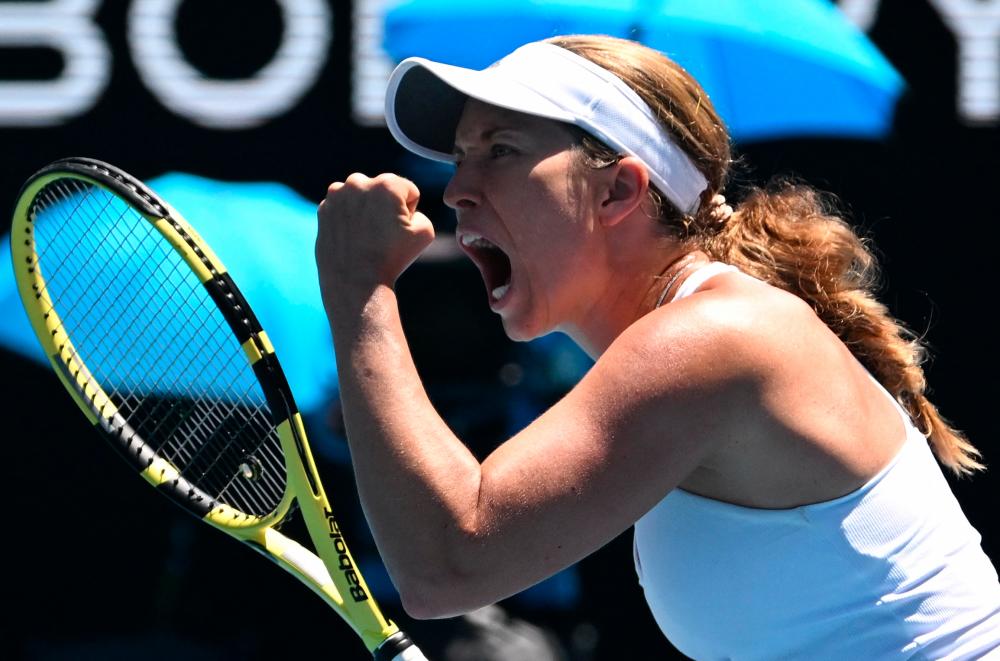 MELBOURNE: Danielle Collins swept into the last four of the Australian Open Wednesday to match her feat from 2019 and shatter French veteran Alize Cornet's dream of making a first Grand Slam semi-final.

The American 27th seed came through an intense clash 7-5, 6-1 in sweltering temperatures on Rod Laver Arena to continue her resurgence after surgery last year.

She will face either Polish seventh seed Iga Swiatek or Estonian veteran Kaia Kanepi for a place in the final.

Defeat was bitter-sweet for unseeded Cornet, who was in her first-ever Grand Slam quater-final after 17 years of trying, but was unable to take it a step further.

“It feels incredible, especially after some of the health challenges that I have had,“ said Collins, 28.

“To be able to get back to this level and be able to compete the way I have and be as physical as I have has been so rewarding.

Collins, a terrific college player who didn't turn professional until the age of 22, has been in fine form since surgery to treat endometriosis in April last year then tearing her abdomen at Roland Garros.

She returned to win her maiden WTA titles at San Jose and Palermo and has now matched her 2019 run at Melbourne Park, the only other time she has made a Slam semi-final.

With temperatures hitting 34 Celsius (93 Fahrenheit), both players held their opening serve as they sized each other up in a first meeting of a pair renowned for their on-court intensity.

They probed for openings and the first break-point came on Cornet's serve after Collins played a beautiful passing shot.

The Frenchwoman saved it and two more as the American pressed hard and she got her reward with a backhand volley to move 3-1 in front.

Cornet clung on but Collins was giving her few opportunities, until game 10 when nerves struck as she served for the set.

She netted a backhand to allow Cornet to break back for 4-5, but the American kept her cool to earn three set points at 6-5. Cornet saved two but then whipped a looping forehand long.

Collins kept up the pressure in set two and after holding serve broke to go 2-0 clear with a blistering forehand.

Cornet was demoralised and her head went down, broken again to slump 4-0 behind and there was no way back.

Collins has never been ranked higher than 23rd in the world since debuting in 2011, but she could crack the top 10 if she reaches the Melbourne final. - AFP