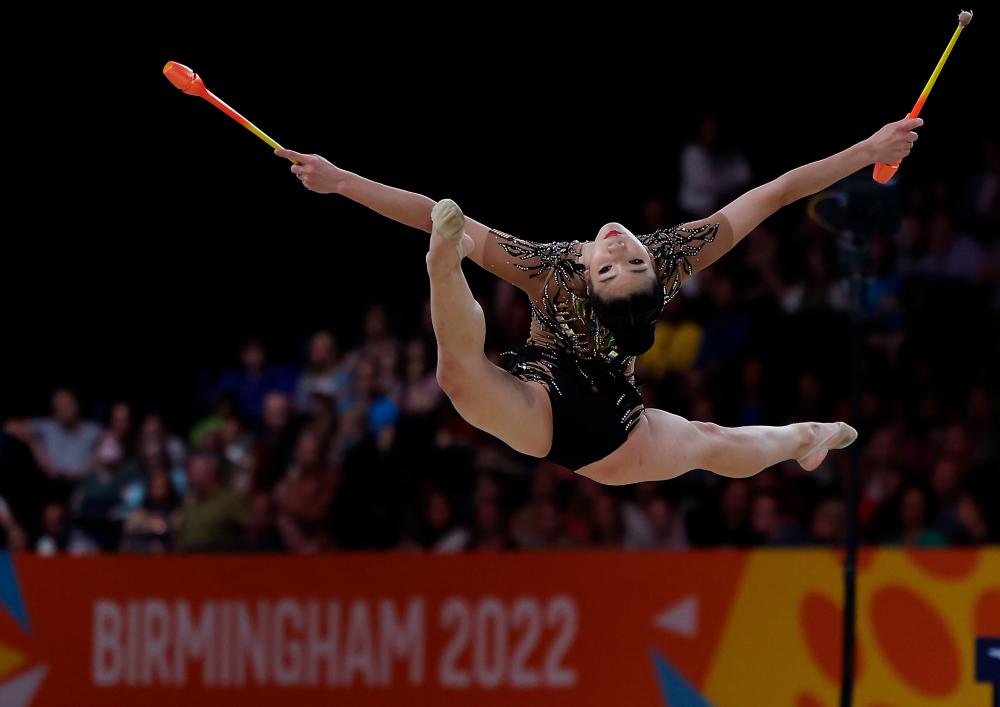 National gymnast Ng Joe Ee in action during the 'All-Around' Category Gymnastics Individual in conjunction with the Birmingham 2022 Commonwealth Games at the Birmingham Arena today.BERNAMAPIX

Debutant Joe Ee put on a delicate show in Arena Birmingham as she moved and caught the ball perfectly to wow the judges, scoring 29.700 points to achieve a gold medal target for the national rhythmic gymnastics camp in the Games.

Canada’s Suzanna Shahbazian had to settle for silver with 29.050 points while Anna Sokolova of Cyprus took bronze with 28.800 points.

The 16-year-old gymnast’s score in today’s finale was definitely higher than her qualification marks as she earned 28.600 points to finish second, on Thursday.

Meanwhile, another national gymnast Izzah Amzan failed to deliver a fine show in the hoop final, resulting in her ending the event in seventh out of eighth gymnasts after scoring 25.800 points.

Welsh gymnast, Gemma Natasha Frizelle was crowned the champion with 28.700 points while Anna Sokolova of Cyprus collected 28.300 points to get silver and Canada’s Carmel Kallemaa won bronze with 28.200 points. - Bernama