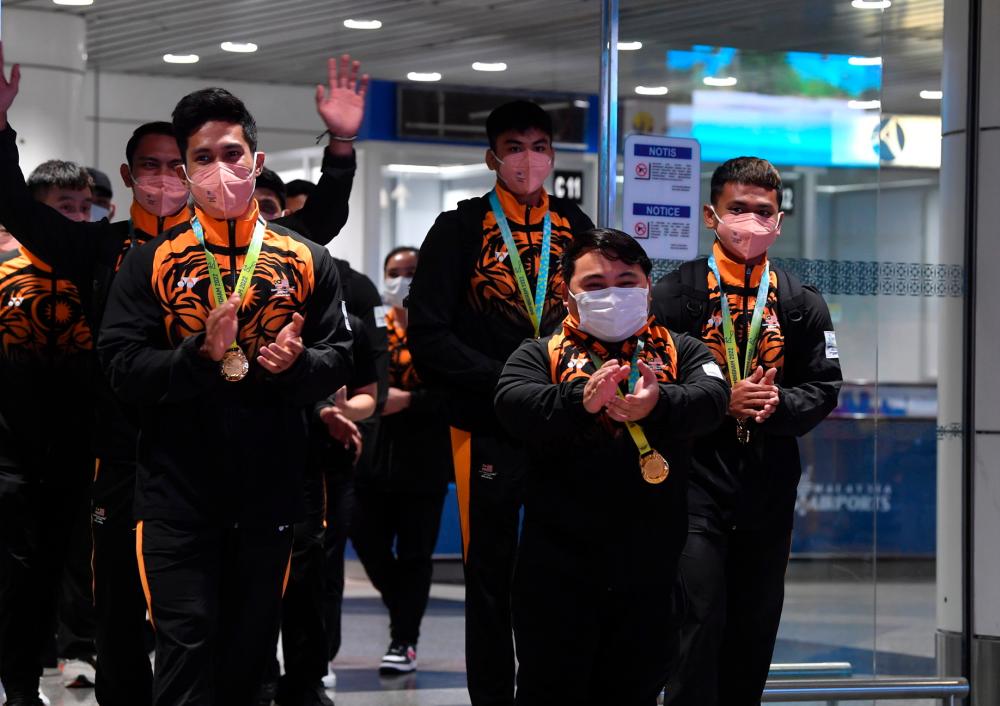 SEPANG: A line-up of national heroes who made Malaysia famous at the Birmingham 2022 Commonwealth Games returned to a rapturous welcome at the Kuala Lumpur International Airport (KLIA) here today.

For the record, Mohamad Aniq and Muhamad Aznil contributed the first two golds for the national contingent in Birmingham through the men’s 55kg and 61kg categories respectively while powerlifter Bonnie delivered the fourth gold in the men’s lightweight below 72kg category.