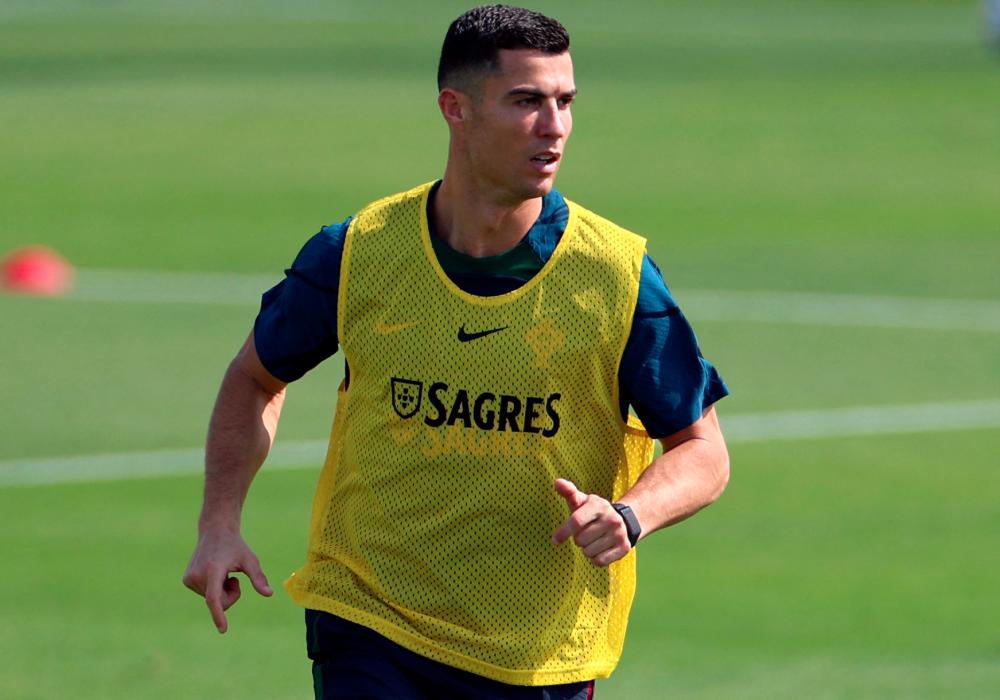 ISTANBUL: Cristiano Ronaldo asked journalists Monday not to ask fellow Portugal team members about a recent interview that placed him at the center of a media storm.

“I don’t have to worry what others think. I talk when I want to,“ Ronaldo said at a press conference of the national team on the interview with British journalist Piers Morgan in which the player claimed Manchester United manager Erik ten Hag was trying to force him off the team and that he felt “betrayed” by the club.

On an awkward handshake he had with fellow United player Bruno Fernandes at the national team camp, Ronaldo said the two were “playing around.” “His plane was late -- I asked him did you come by boat.”

“Please, don’t ask players about me -- ask about the World Cup,“ the 37-year-old superstar said.

Defending the timing of his interview with Morgan last Monday, Ronaldo said: “Timing is always timing. From your side it is easy to look at how we can chose timings. Sometimes you write truths, sometimes you write lies.”

In the aftermath of the interview, which was broadcast in separate parts, the Red Devils removed a poster of Ronaldo from the exterior of Old Trafford, reported Anadolu Agency.

The Portuguese national team will face Ghana in their opening game of Group H at the Stadium 974 on Thursday.

Ronaldo, a five-time Ballon d’Or winner, is in his second stint at Manchester United after playing for Real Madrid and Juventus for multiple seasons. - Bernama