Czech Republic relegated from Nations League A after Swiss loss 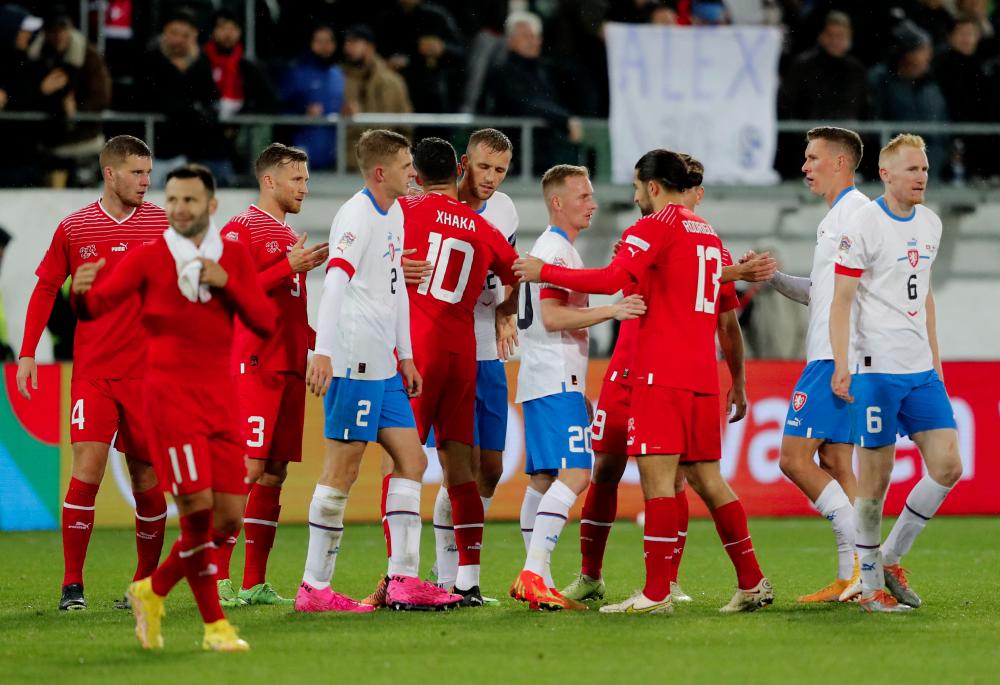 ST GALLEN: Two goals in a minute from Remo Freuler and Breel Embolo steered Switzerland to a 2-1 victory over luckless Czech Republic at Kybunpark on Wednesday, a result that relegates the Czechs from Nations League A.

World Cup-bound Switzerland finished third in Group 2 with nine points from their six games, two behind winners Spain, while Czech Republic could only manage four points in the campaign.

Freuler headed Xherdan Shaqiri’s cross into the net on 29 minutes and straight from the kickoff Embolo collected a loose pass, ran to the edge of the box and fired a low shot into the bottom corner.

The visitors reduced the deficit before halftime when Patrik Schick scored with a left-footed finish from David Zima’s low cross, while later Tomas Soucek saw his penalty saved by Swiss goalkeeper Yann Sommer on a tough night for the visitors, who also struck the frame of the goal on two occasions. - Reuters